Detectives Identify and Arrest Suspect in Kidnapping and Robbery Case 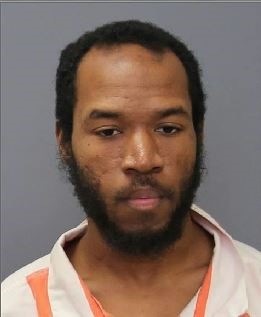 Detectives Identify and Arrest Suspect in Kidnapping and Robbery Case / Victim’s Car Still Missing: On December 14, Charles County Sheriff’s detectives charged Marc Christopher Brown, Jr., 26, of Waldorf, in connection with the December 11 kidnapping and robbery of a Waldorf woman. In that case, Brown broke into the victim’s residence through a window and was in the process of burglarizing her home when the victim entered her house. Brown confronted the victim, bound her hands and then forced her into her car. He drove the victim to various ATMs throughout the county and attempted to withdraw money from her account. After a long period of time, Brown left the victim in an isolated area of Accokeek. A passerby observed her walking in the roadway – barefoot and her hands tied together – and called police. Detectives worked closely with the victim throughout the day and night. Through their extensive investigation, detectives were able to identify the suspect and link him to the kidnapping as well as the burglary of the Waldorf AMF bowling alley. Brown has been charged with kidnapping, robbery, first-degree assault, home invasion and other related charges. He is being held with no bond at the Charles County Detention Center.

Investigators are still searching for the victim’s black 2010 Toyota Camry with Maryland tags 6BM 3802 which likely has damage to the rear of the car. There have been no other similar cases reported to the CCSO. Anyone with additional information about this case or the suspect is asked to contact Detective H. Burgess at (301) 609-6494.