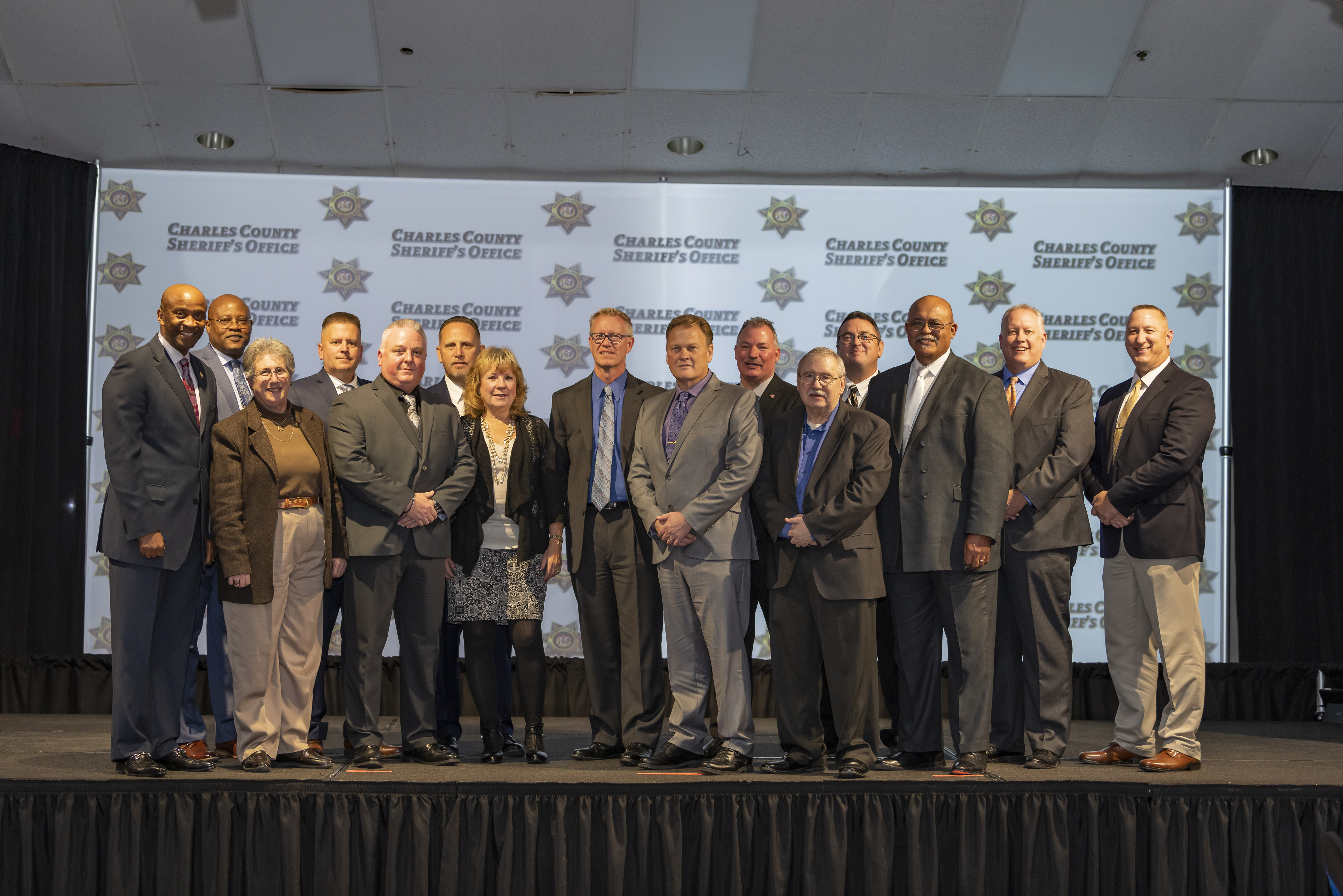 Charles County Sheriff Troy D. Berry honored 24 retirees and 41 award recipients at a banquet at the Waldorf Jaycees Community Center on Friday, November 8. Honorees were recognized for their service to the Agency, excellent field work, or acts of bravery. Retired Captain William Saunders and Retired Lieutenant Patrick Murphy served as the Masters of Ceremonies. The Charles County Sheriff’s Office Honor Guard presented Colors; Mrs. Becky Kuhn sang the National Anthem; Chaplain Steve Davis delivered the invocation; and Chaplain Larry Palmer delivered the benediction. “Tonight we are honoring 24 retirees who provided a combined 585 years of service to Charles County. We are so grateful for their contributions to this community and to our Agency,” said Sheriff Berry. “To those receiving awards, thank you for going above and beyond the call of duty, for saving lives, and for your superior service.”

On March 13, 2019, CFC Eric Keys and Corporal Phillip Norris were transporting a prisoner back to the Charles County Detention Center from a court appearance in Anne Arundel County. While southbound on Route 301 in the area of Trade Zone Avenue in Bowie, Prince George’s County, MD, they observed a single vehicle accident off the roadway in the woodline. An SUV had struck a 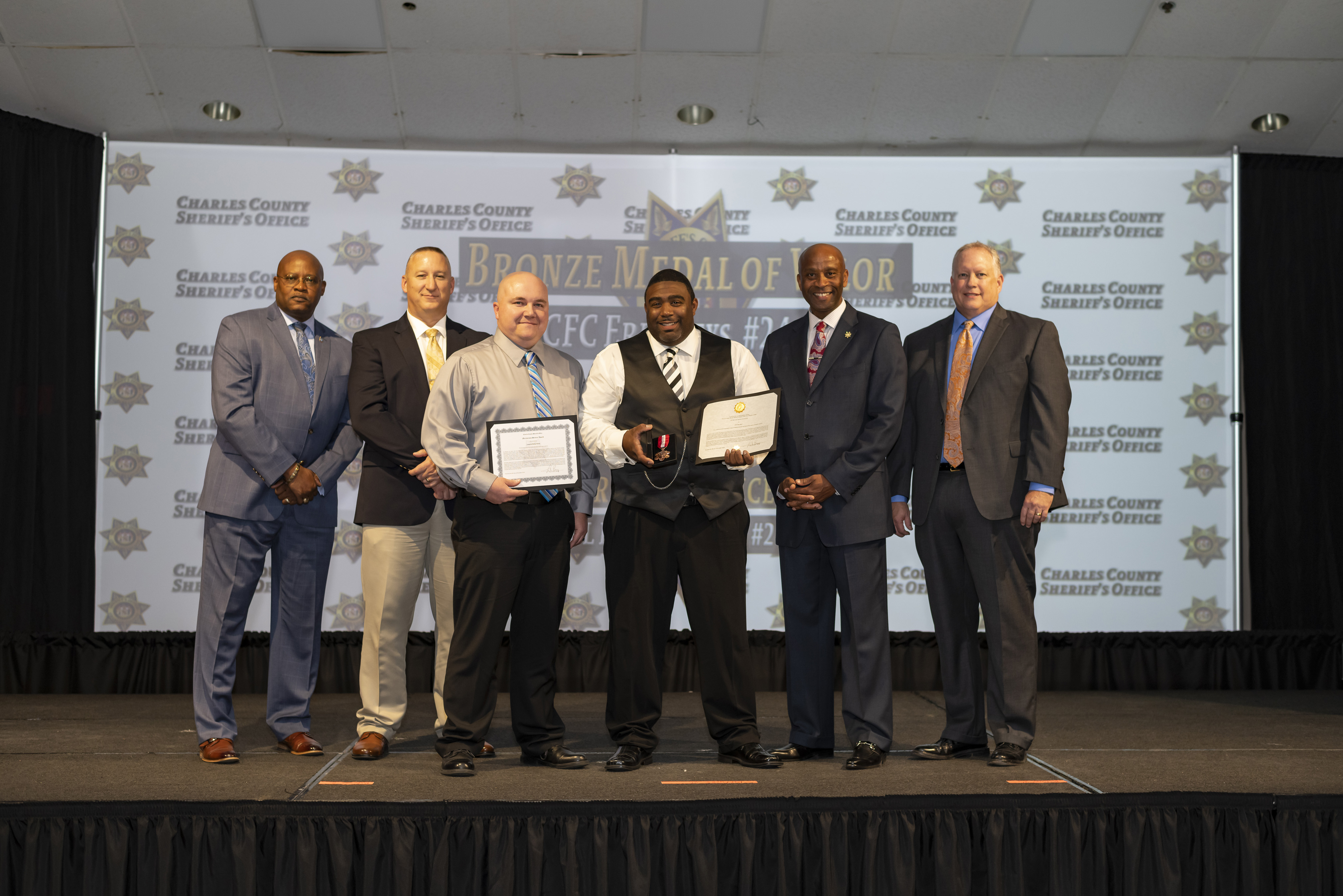 CFC Keys observed a lone, unconscious, female occupant in the driver’s seat of the SUV.  When his attempts to extinguish the flames were unsuccessful, he broke out the driver’s side window with his ASP baton and gained entry to the vehicle. He then pulled the female from the vehicle and dragged her a safe distance away. CFC Keys started CPR in an attempt to resuscitate the female. CFC Keys conducted chest compressions for approximately 5 – 10 minutes before she began breathing on her own. Prince George’s County Emergency Medical Services eventually arrived and cared for the female, who was transported to the hospital and survived her injuries.