Charles County Sheriff Troy D. Berry is proud to announce the Southern Maryland Criminal Justice Academy (SMCJA) celebrated the graduation of 7 correctional officers – 3 from Charles County – from the Corrections Entrance Level Training Program (CELTP), Session 61, at a ceremony held May 17 at the Calvert Pines Senior Center in Prince Frederick, MD. The program requires each Correctional Officer to complete a ten-week Basic Corrections Academy, which exceeds the state minimum for all Correctional Officers working in local correctional facilities across Maryland.

“Correctional Officers work a very difficult beat in law enforcement,” said Sheriff Berry. “They are responsible for the safety and security of everyone in the building, and they also have a role in rehabilitation and helping inmates get back on track upon their release. CO’s have the opportunity to make a positive impact on many lives.”

During the ceremony, SMCJA instructors presented awards to three Charles County graduates who excelled in several categories: Marty Groves received the Scholastic Achievement Award for earning a 97.60 percent grade point average, the highest in the class. Haley Holt received the Physical Training Award, scoring the highest in the class during PT tests administered at the beginning and end of the training program. Anthony Acquaviva earned the Steve Allen Leadership Award, named after one of the original founders of the SMCJA who died of cancer several years ago. 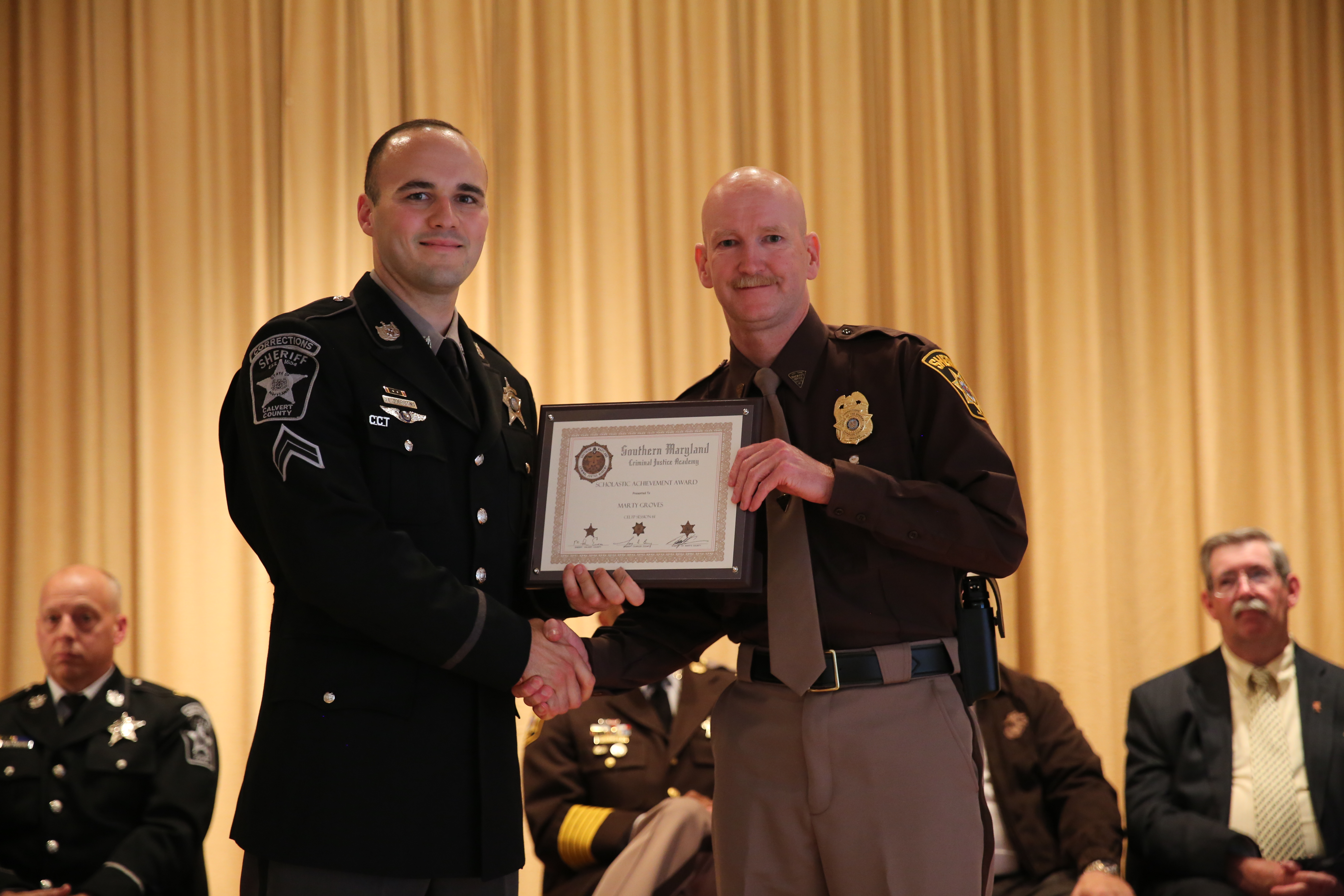 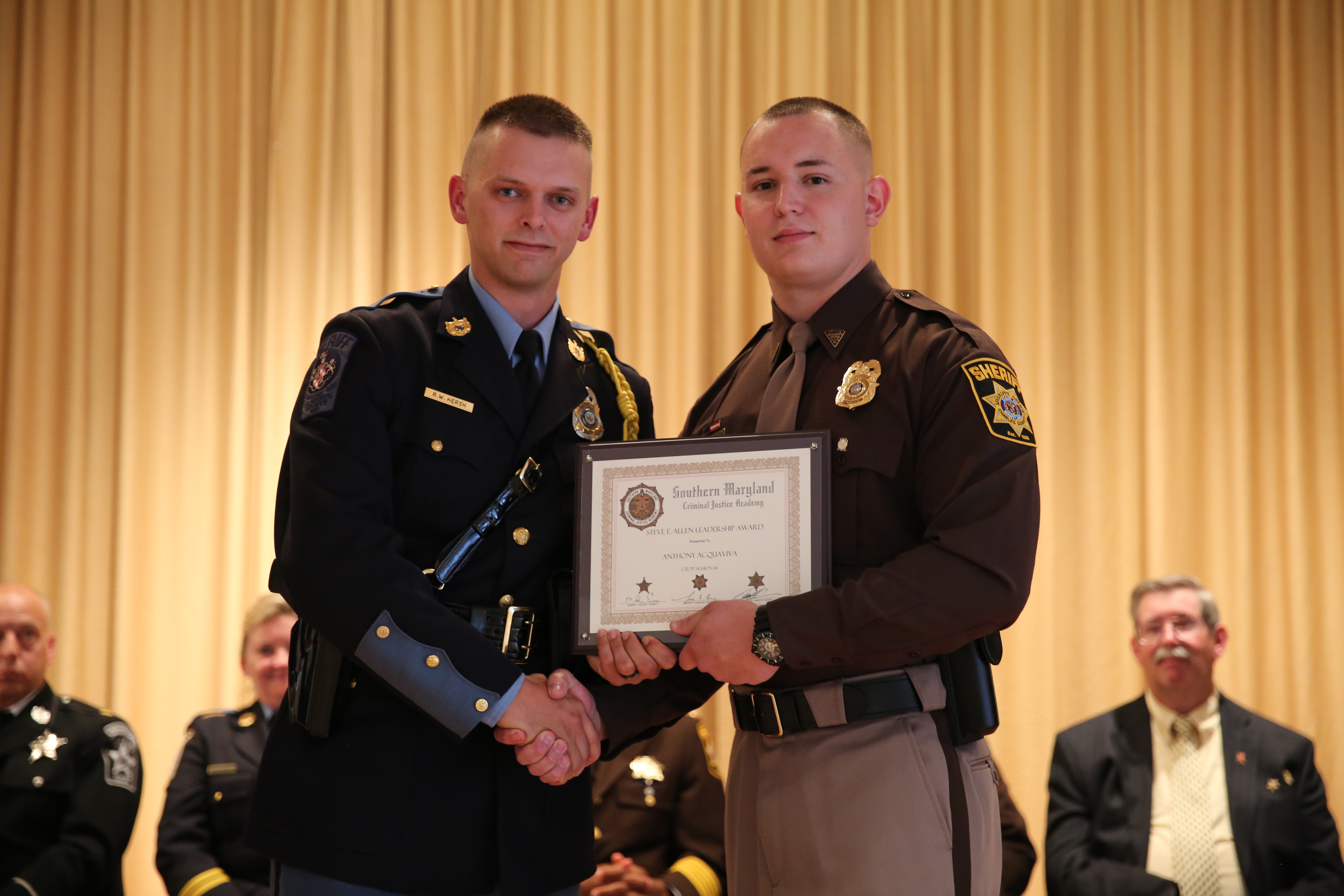 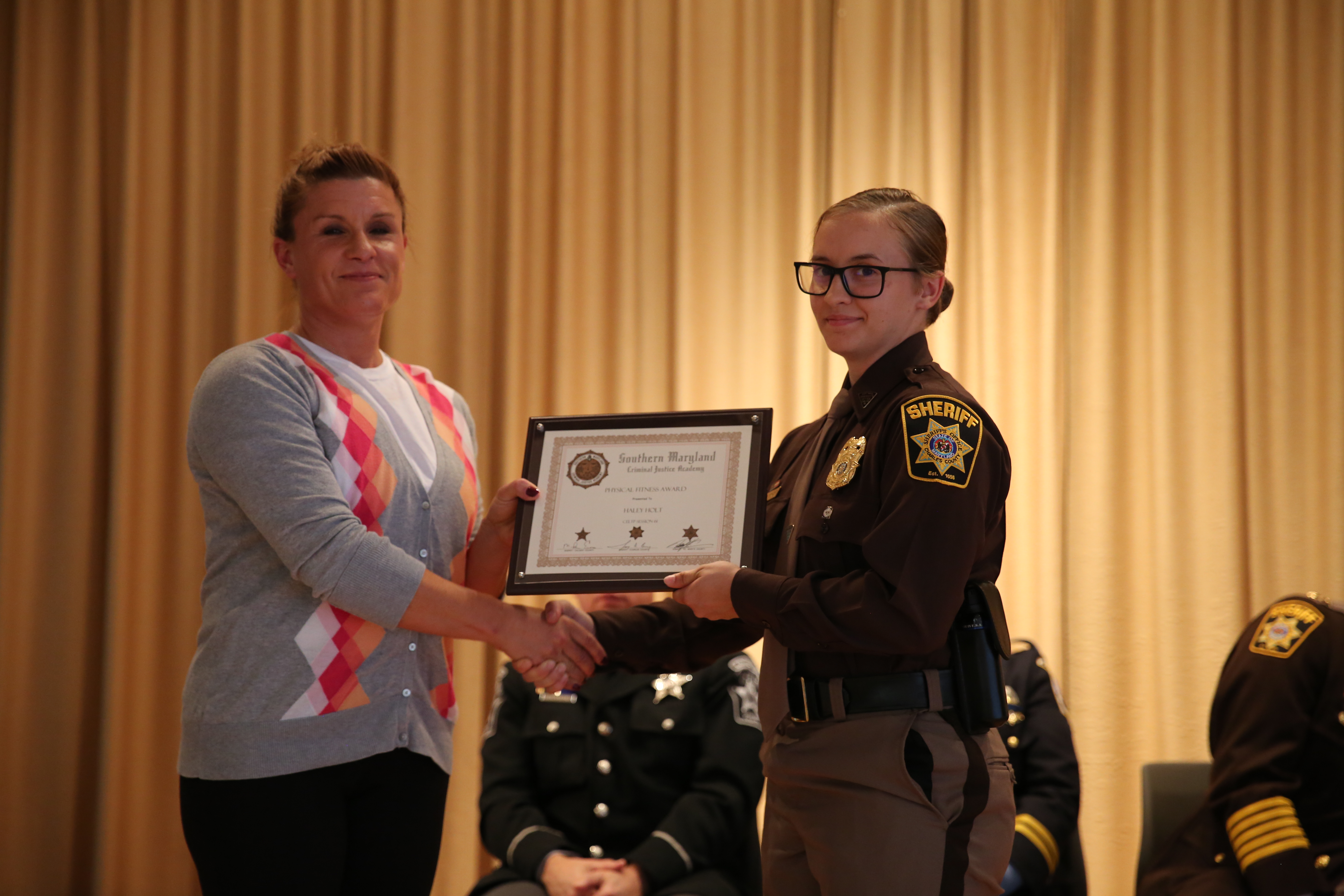