Charles County Sheriff Troy D. Berry is proud to announce seven new officers will join the Charles County Sheriff’s Office after their recent graduation from the Southern Maryland Criminal Justice Academy (SMCJA). The officers were among a total of 24 candidates – eight with Calvert County, eight with St. Mary’s County, and one with the Cheverly Police Department – who graduated training on February 9. “We are proud of all of the graduates for their dedication to this rigorous program, as well as the Academy Staff, who worked tirelessly to prepare them for their careers as police officers,” said Sheriff Berry. Addressing the graduates, Sheriff Berry discussed several important values. “Always strive to demonstrate leadership, integrity, teamwork, and excellence in everything that you do. By focusing on these areas, you will serve your communities well.”

Director of the SMCJA, F/Sgt. Keith Hicks, welcomed the graduates, their families and friends and spoke about the 26-week training program that started in August 2017 and included over 1,000 hours of instruction.

During the ceremony, SMCJA instructors presented awards to graduates who excelled in several categories: Andrew Crum (Calvert) won the Physical Fitness Award by scoring 1,587 points out of a possible 1600; Ashton Brown (Charles) won the 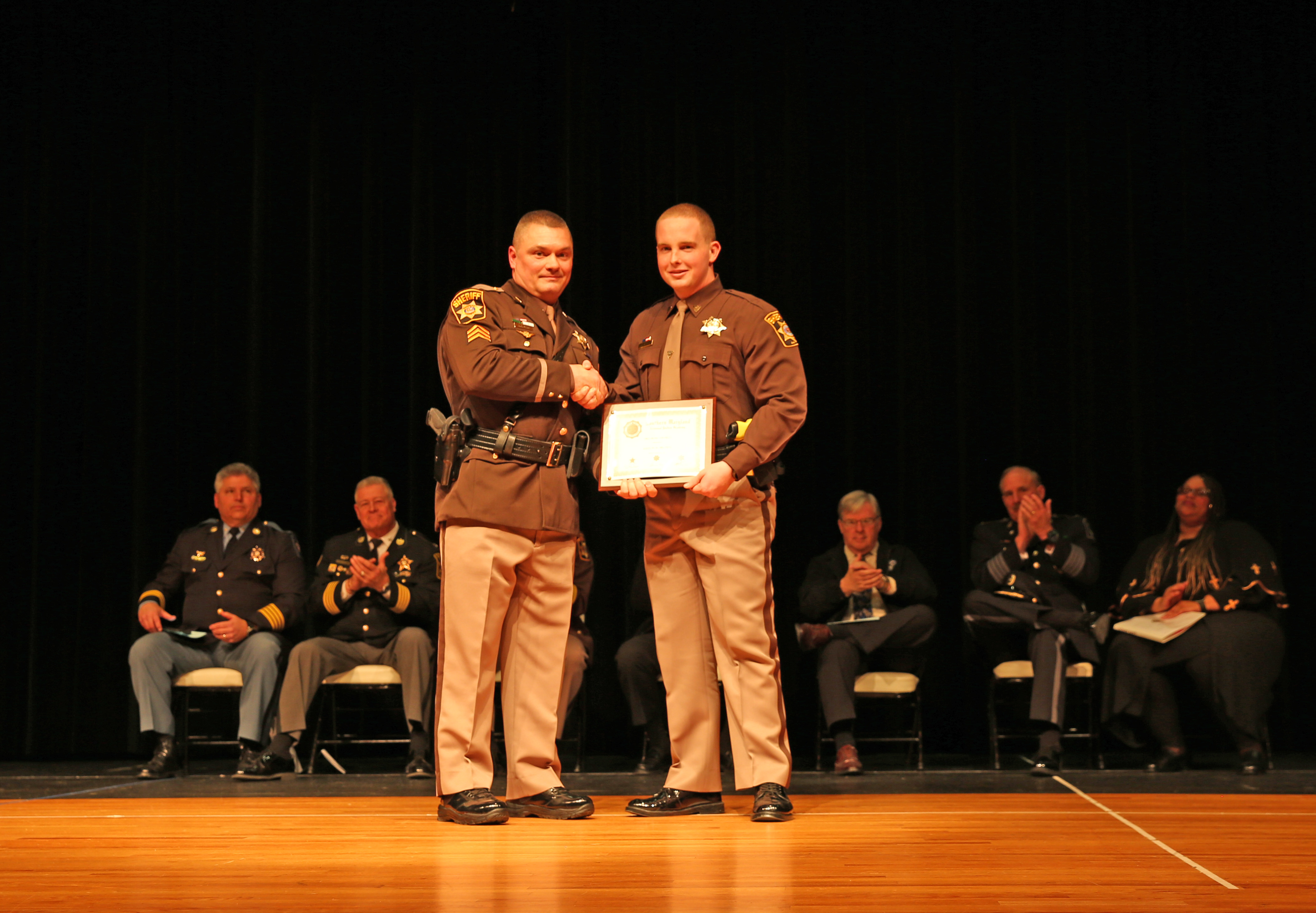 Firearms Award by earning an overall average of 98.71 percent; Richard A. Forbes, Jr. (St. Mary’s) won the Emergency Vehicle Operations Award;  Branden Deleon-Suero (Calvert) won the Scholastic Award with a GPA of 97.95 percent; and Stephen R. Bowlan (Calvert) received the Steve Allen Award, named after one of the original founders of the SMCJA who died of cancer several years ago.