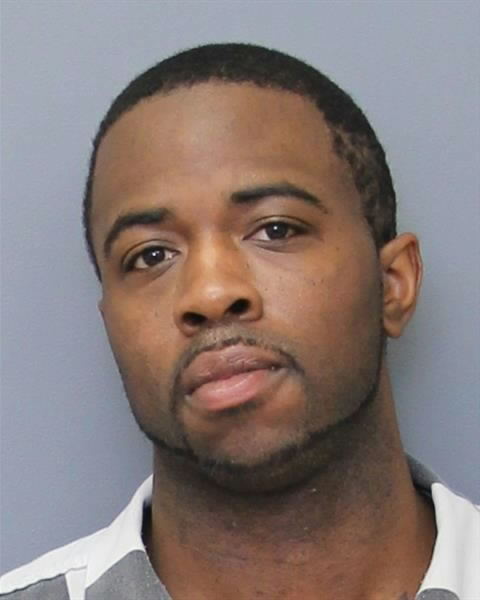 and February 18, 2018, three Subway restaurants in Charles County were robbed by a masked gunman. On February 18, Pfc. J. Foster observed the suspect vehicle described in the robberies and conducted a traffic stop. The sole occupant of the vehicle was taken into custody. A search warrant was obtained for the vehicle and evidence from the robberies was recovered. Otis Scorpio Williams, 33, of Lexington Park, MD, was arrested and charged with three counts each of armed robbery, robbery, first degree assault, and theft. At this point, Williams has only been charged in connection with the Charles County cases; however, he is suspected in a total of nine armed robberies of Subway restaurants in the Southern Maryland region and in King George, Virginia. Detective R. Johnson investigated.

BURGLARY: Sometime between the hours of 6 p.m. and 9:30 p.m. on February 15, unknown suspect(s) entered an unoccupied residence in the 11300 block of Sierra Lane in White Plains through the front door. A motion sensor was activated in the basement, and a security identification card was stolen. Cpl. J. D. Rager is investigating.

POSSESSION WITH INTENT TO DISTRIBUTE: On February 14 at 11:34 p.m., officers observed a suspicious vehicle next

to a business in the 9300 block of W&W Industrial Road in La Plata and made contact with two subjects. The subjects advised they were picking up a vehicle they had repaired at the business. Officers observed the odor of marijuana emanating from one of the involved vehicles. Further investigation of the vehicle revealed 56 grams of marijuana, packaging materials, and a digital scale. The male subject, Stephen Michael Smith, 26, of Mechanicsville, MD, was also in possession of marijuana and the female subject, Kathryn Lindsay Morrison, 26, of Alexandria, VA, was in possession of heroin. Smith and Morrison were both arrested and charged with possession with the intent to distribute and possession of paraphernalia. Cpl. J. Walter investigated.

ASSAULT / ATTEMPTED ROBBERY: On February 14 at 9:47 p.m., officers responded to a gas station convenience store in the 11500 block of Berry Road in Waldorf for the report of an assault in progress. Upon arrival, officers discovered two

victims holding the suspect on the floor and restraining his arms. Investigation revealed the suspect, Duane Anthony Shephard, 24, of Waldorf, went behind the counter inside the convenience store and began taking packs of cigarettes. An employee told Shephard that he could not be behind the counter and that he needed to leave. Shephard began to repeatedly strike the employee over the head and in the face, using his cell phone as a weapon, leaving multiple cuts on the employee’s face and head. A bystander was in line at the time and attempted to pull Shephard away from the employee, but Shephard turned and began assaulting him as well. The two victims were able to restrain Shephard until officers arrived. Shephard was arrested and charged with first and second degree assault, robbery, theft, and disorderly conduct. Pfc. A. Coulby investigated.