THEFT FROM MOTOR VEHICLE: Sometime between the hours of 8 p.m. on November 6 and 7:50 a.m. on November 7, an unknown suspect(s) gained entry to the victim’s vehicle in the 10800 block of Winchester Street in Waldorf by breaking the passenger side window. Once inside, the suspect(s) broke both front seats and stole a box containing two subwoofers and one amplifier from the trunk area. Cpl. P. Morgan is investigating.

THEFT FROM MOTOR VEHICLES: Sometime between the hours of 6:45 p.m. on November 6 and 12:30 a.m. on November 7, unknown suspect(s) gained entry into at least 20 motor vehicles in the Wakefield neighborhood in Waldorf. The vehicles were ransacked and items were stolen including an iPod touch, silver half dollar coins, a backpack, cash, and a folding knife. Officer B. Chambers is investigating.

STRONG-ARM ROBBERY: On November 6 at 10:50 p.m., officers responded to the 4100 block of Bluebird Drive in Waldorf for the report of a strong-arm robbery. Investigation revealed the victim was delivering pizzas when he was encountered by two males who struck him in the face and then took money and food items. The suspects then fled the scene on foot in an unknown direction. PFC R. Herbert is investigating.

VANDALISM: On November 5 at 12:04 p.m., officers responded to Crain Highway at Mattawoman Drive for the report of vandalism. Investigation revealed that an unknown suspect spray-painted profanities on the large brick “Welcome to Waldorf” sign. PFC J. Pogar is investigating.

CARJACKING: On November 4 at approximately 9:04 p.m., officers responded to a business in the 2800 block of Crain

Highway in Waldorf for the report of a carjacking. Investigation revealed the victim was parked in front of the business, waiting for her daughter to finish work when a male subject approached and entered her vehicle. The victim’s 6-year-old daughter was sitting in the back seat. A struggle ensued between the victim and suspect. When Patrol Officers arrived, the suspect was still in the vehicle. Arthur Lewis Gantt, 51, of Waldorf, was arrested and charged with the carjacking. PFC M. Nauman investigated.

FIRST-DEGREE ASSAULT: On November 4 at approximately 12:07 a.m., officers responded to a motel located in the 11000 block of Crain Highway in Newburg for the reported assault. Investigation

revealed there was an argument between several parties over cigarettes when the suspect pulled out a knife and thrusted it toward a victim as if he was going to stab her. James Clifton Johnson, 35, of Waldorf, was arrested and charged with first-degree assault, reckless endangerment, and robbery. PFC W. Halt investigated.

ATTEMPTED FIRST-DEGREE BURGLARY: Sometime between the hours of 7:50 a.m. and 7:30 p.m. on November 3, unknown suspect(s) forced entry to a front door of a residence on Riverside Run Drive in Indian Head, causing damage to the door and frame. Nothing appears to have been stolen. Cpl. J. Rager is investigating. 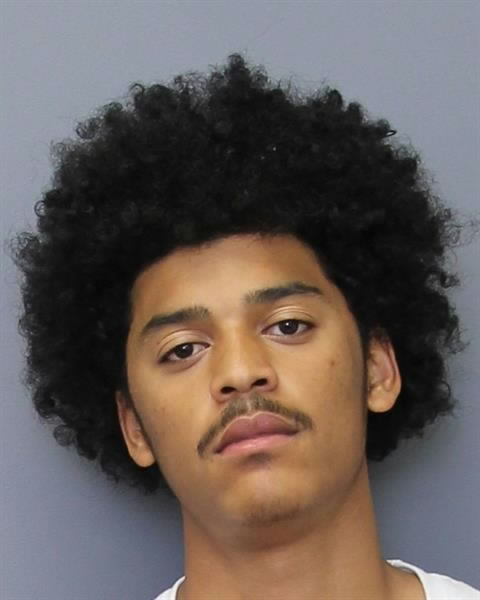 the Charles County Sheriff’s Office along with troopers from the Maryland State Police responded to a motel located in the 3500 block of Crain Highway in Waldorf for the reported shooting. Officers located the shooting victim in the lobby of the business suffering from a single gunshot wound to his right hip. The victim was flown out to a hospital with non-life-threatening injuries. The investigation revealed the victim was gambling in his motel room along with two adult male suspects, when one of the suspects pointed a handgun at the victim and demanded his money and personal property. The victim ran out of the room; however, one of the two suspects shot him as he was fleeing from the room. Both suspects fled the scene immediately following the shooting and were not located during the initial investigation. Rayvon Marquis Drayton, 20, of Waldorf, was quickly developed as one of the two suspects, and a warrant was obtained for his arrest. On November 3 at approximately 12:28 a.m., Drayton turned himself in and was arrested and charged with attempted first and second-degree murder, first and second-degree assault, and armed robbery, amongst other charges. The identity of the second suspect remains unknown at this time. Detective C. Shankster is investigating.

HANDGUN IN VEHICLE: On November 2 at approximately 1:30 p.m., PFC C. Chamblee conducted a traffic stop on the

accused vehicle for traffic violations. When he made contact with the driver, the officer observed a handgun sticking out from beneath the floor mat under the driver’s feet. The driver, Eric Hudson, III, 24, of Waldorf, was arrested and the gun, which was loaded, was recovered.

BURGLARY / ASSAULT UPDATE: On October 16 at approximately 3:40 a.m., patrol units responded to the 2600 block of Avon Place in Waldorf for the report of a home invasion. Investigation revealed an unknown suspect entered the victim’s residence and stole cash and credit cards. The victim, a 91-year-old woman, confronted the intruder and was assaulted. On November 1 at approximately 2:35 p.m., the suspect, a 15-year-old male, was charged on a Juvenile Arrest Report and released to his parents. Cpl. R. Johnson and PFC C. Gustafson investigated.

THEFT OF TRAILER: Sometime between October 29 and October 31, unknown suspect(s) stole a 24-foot trailer from the 12000 block of La Plata Road in Waldorf. The trailer contained one Bobcat and two zero-turn lawnmowers. PFC S. Hooper is investigating.