Charles County Sheriff Troy D. Berry honored 15 retirees and 42 award recipients at a banquet at the Waldorf Jaycees Community Center on Friday, October 27. Honorees were recognized for completion of service to the Agency, excellent field work, or acts of bravery. Retired Captain William Saunders served as the Master of Ceremonies. The Charles County Sheriff’s Office Honor Guard presented Colors; Ms. Haley Holt, a CCSO Cadet, sang the National Anthem; Dr. Wilson Morales, a CCSO Chaplain, delivered the invocation; and Dr. Steve Davis, a CCSO Chaplain, delivered the benediction. “Combined, our retirees provided 362 years of service to this Agency. Each of them will surely be missed, and we thank them for their hard work, dedication and loyalty,” said Sheriff Berry. “We are proud of our award recipients as well, for going above and beyond the call of duty, for saving lives, and for their superior service.”

Our highest honors, the Medals of Valor, were presented to five officers.

On March 23, 2017, officers were dispatched to the 3300 block of Westdale Court in Waldorf for the report of a shooting. PFC Andrew Coulby, who was training a brand new officer, arrived first. He quickly evaluated the threat and established a 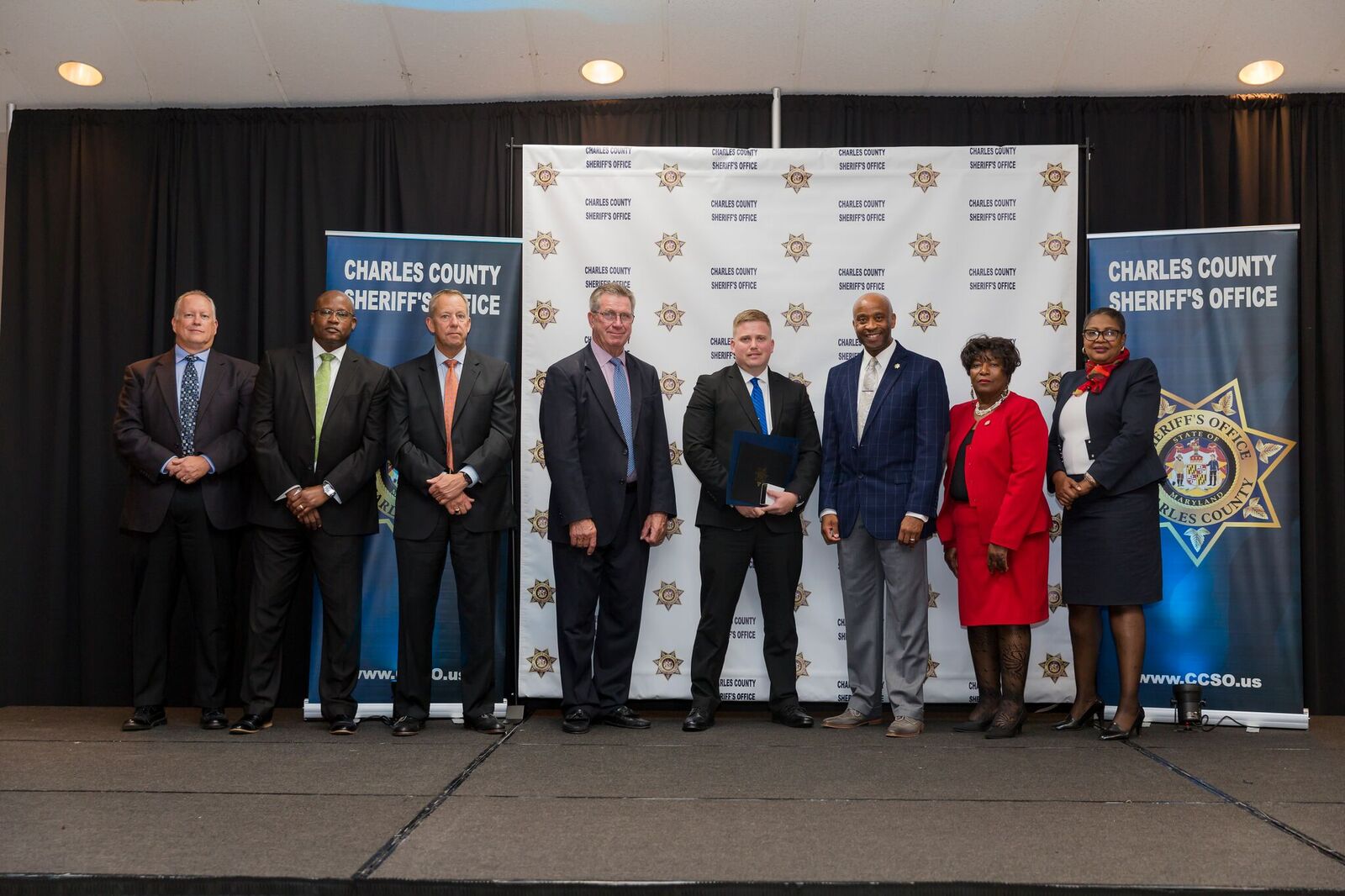 perimeter, all while speaking with a severely injured victim. After learning there were children inside the townhouse that may be in immediate danger, PFC. Coulby notified arriving officers as well as well as police dispatchers that he was going to enter the residence to ensure their safety despite not knowing what was on the other side of the door.

PFC Coulby quickly moved through the house and up the stairs where he located a four-year-old girl with multiple gunshot wounds. PFC. Coulby assessed her condition and determined she was deceased. He continued searching the upstairs where he found a 17-year-old girl in the bathroom; she had been shot numerous times and was unconscious, but breathing. Officer Coulby radioed this information to dispatchers and stayed with the girl to comfort her and protect her while additional officers cleared the house and until emergency medical personnel arrived on scene. The teen was transported to a hospital where, sadly, she died of her injuries.

PFC Coulby made a courageous and selfless decision. He acted quickly, all while giving directions to responding officers to maintain cover on the residence while he moved in.

From the immediate dangers presented, to the emotional impact of seeing the results of such violence, clearly this situation was very difficult to be a part of.  While nothing can change what he saw, perhaps it might be of some comfort knowing he was able to stay with the teenaged victim and speak words of comfort to her before she passed away.

For his courage and his compassion, PFC Andrew Coulby was awarded the Bronze Medal of Valor. 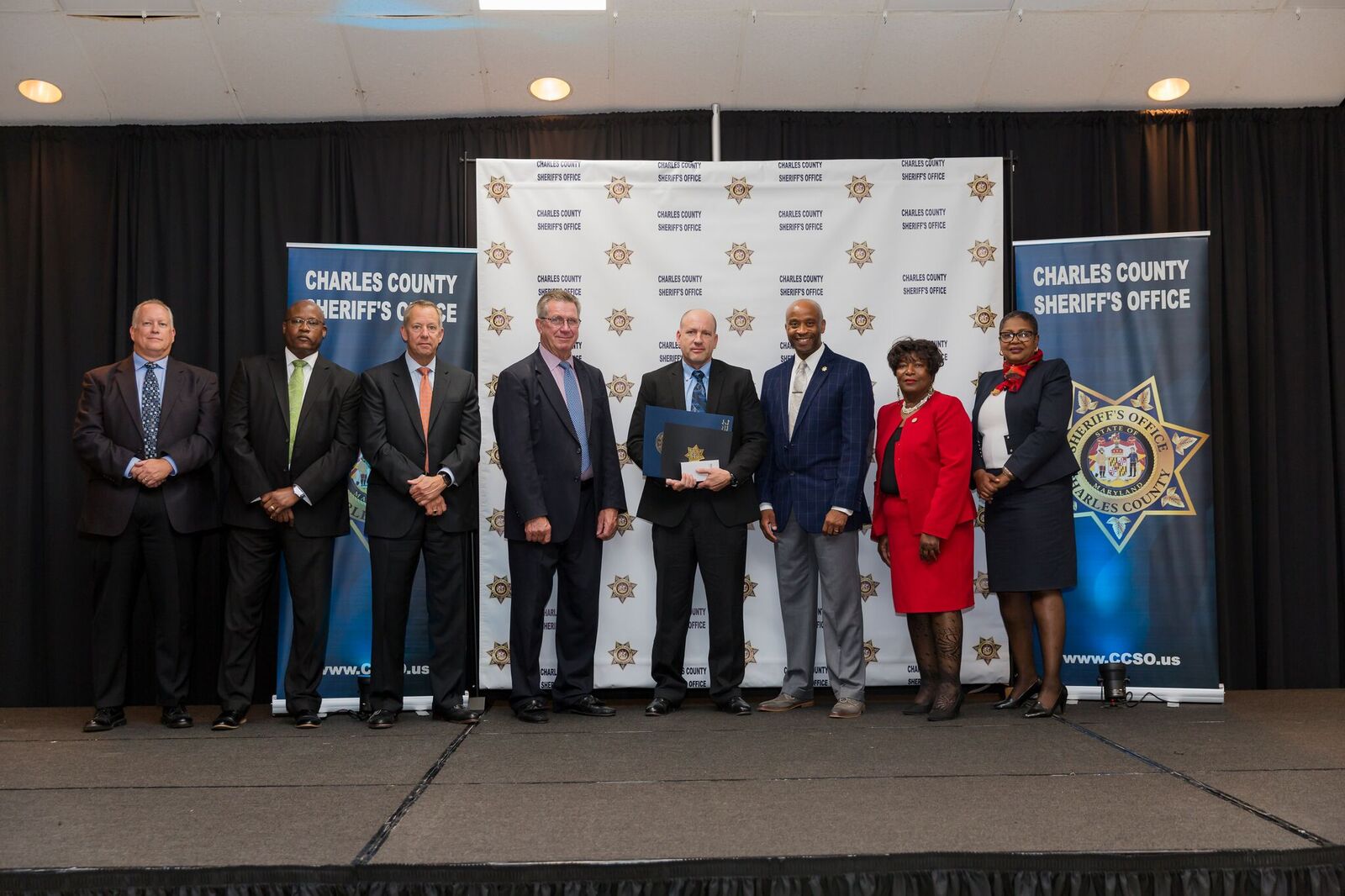 Thomas Drive in Waldorf. Observing heavy smoke coming from the area, Corporal Greg Champaign, who was off duty at the time, responded to the accident. Upon his arrival, he ran to the vehicle and saw the driver, a 24-year-old female, still in the vehicle and unable to free herself.  With assistance from an off-duty paramedic who was en route to work, Corporal Champaign was able to force the driver’s side door open. The victim was in severe pain with a possible broken leg, but Corporal Champaign was able to extract her from the vehicle and drag her to safety. According to witnesses, moments after the victim was removed from the vehicle, flames consumed the passenger compartment. He then stayed with the female while waiting for on-duty units and EMS to arrive. Upon their arrival, he quietly left the scene.

For his courage and dedication to duty, exposing himself to an unusually high level of danger in which serious injury was a real possibility, the Bronze Medal of Valor was awarded to Corporal Gregory Champaign, Jr.

In the early morning hours of January 29, 2017, while assisting the Maryland State Police with a DWI arrest in Waldorf, Master Corporal Don Kabala heard what sounded like a motor vehicle crash nearby. He responded northbound on Crain Highway to 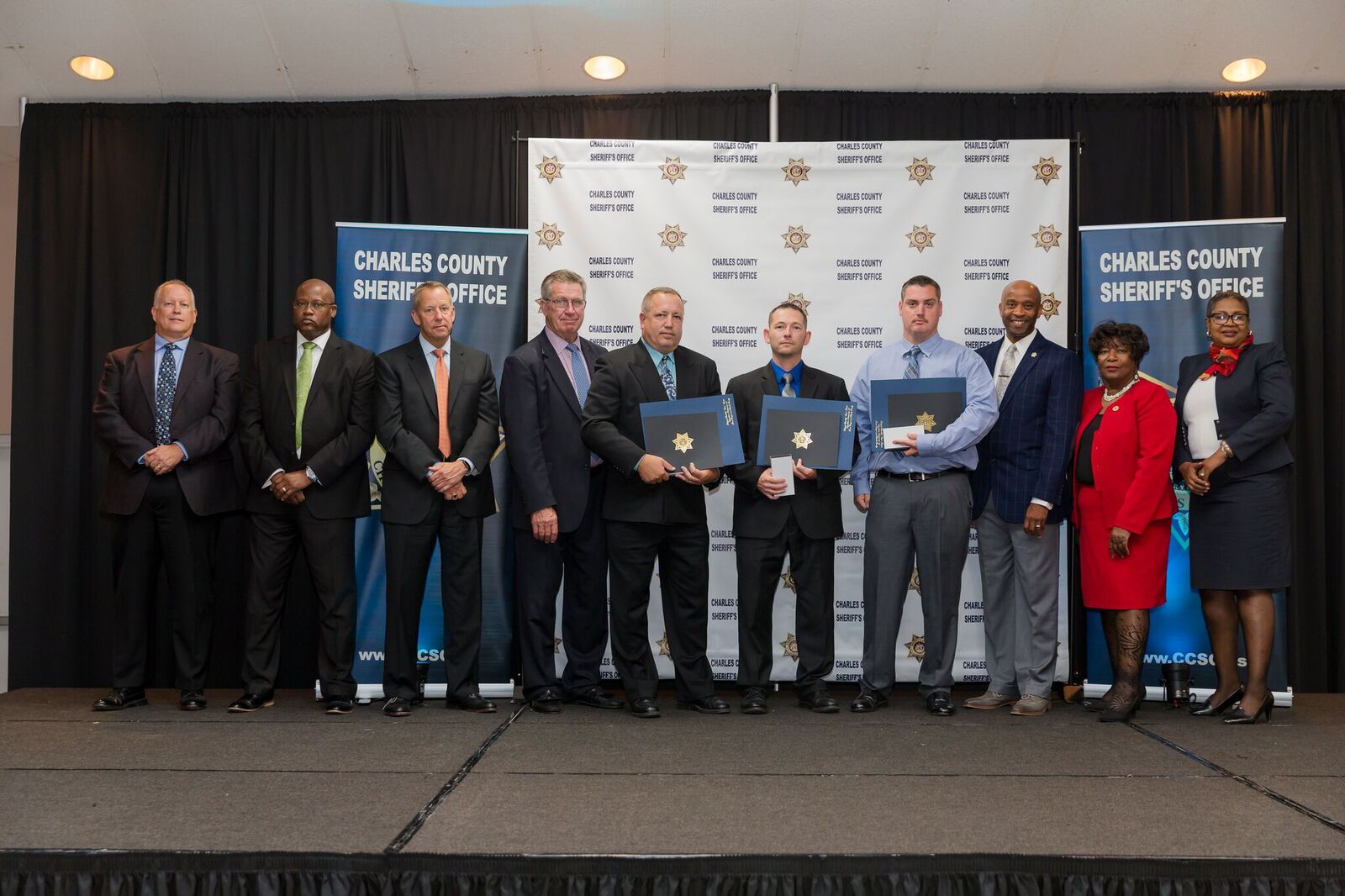 the area where he believed the sound of the crash came from, at which time he observed a motor vehicle in the median. The vehicle had struck a pole, and the engine compartment was engulfed in flames. Master Corporal Kabala immediately ran to the vehicle with his fire extinguisher in an unsuccessful attempt to quell the fire. He then opened the driver’s side door and observed a lone male occupant, later identified as the driver, lying in the passenger-side compartment of the vehicle. Upon the arrival of PFC Eric Scuderi and PFC Christopher Morris, Master Corporal Kabala utilized their fire extinguishers to combat the flames as Officers Scuderi and Morris entered the smoke-filled vehicle to extract the driver. As they attempted to remove the driver, it appeared that his legs were pinned under the dashboard and he was therefore unable to free himself.

The officers worked together to free the driver’s legs and remove him from the vehicle. Upon the arrival of EMS, the driver was flown to a hospital with non-life-threatening injuries.

Had it not been for the heroic efforts of Master Corporal Kabala, PFC Scuderi, and PFC Morris, the driver may have been significantly injured or worse.  As a result of their bravery, teamwork, and resourcefulness, willingly putting themselves in harm’s way to save another, these officers were each awarded the Bronze Medal of Valor.