OFFICERS APPREHEND BURGLARY SUSPECTS: On July 18 at 4:05 a.m., officers responded to an alarm activation at Target on Western Parkway in Waldorf. When officers arrived, they observed a male suspect running back inside the store. 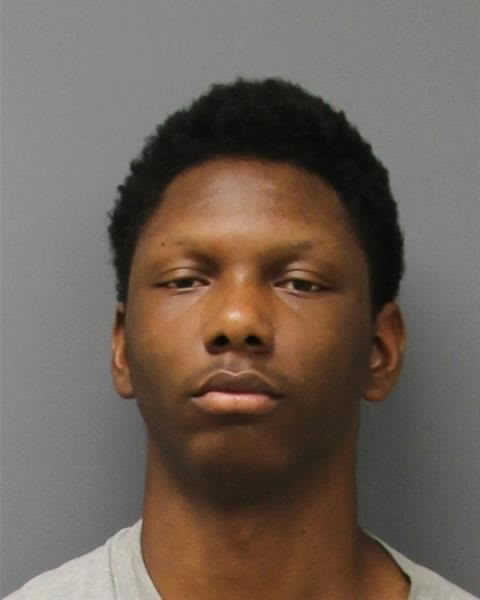 Officers established a perimeter and a police K9 searched the building. Two suspects were located in the back of the store and apprehended without incident. Investigation showed the suspects hid inside until the store was closed for the evening. Once all of the employees were gone, the suspects smashed several electronic glass cases and stole iPads, Play Stations, X-Box Ones, Nintendo 3DS, various electronic devices, clothing, food items, and two bikes. The stolen property was recovered outside where the first suspect was spotted. Delonte Xavier Gary, 19, of Waldorf, and Austin Gray Davis, 19, of Waldorf, were charged with burglary, theft, and destruction of property. Pfc. B. Virts is investigating.

ATTEMPTED BURGLARY: On July 17 at 4:21 p.m., a teenaged male broke down the rear door of a house in the 2400 block of Hanover Court in Waldorf. The suspect fled upon seeing a female resident. The suspect is described as a black male in his teens wearing a white shirt and dark pants. Officer C. Chamblee is investigating.

THEFTS FROM AUTOS: On July 17 at approximately 12:10 a.m., at least two suspects entered the parking lot of a business in the 4300 block of Crain Highway in Waldorf and stole items from multiple vehicles. Both suspects are described as white males. One suspect had a thin build, and the other suspect was heavyset and bald. Pfc. A. Fenlon is investigating.

BURGLARY OF SHED: On July 15, officers responded to the 3300 block of Jesmond Court in Waldorf for the report of a burglary. Unknown suspect(s) broke into a shed and stole lawn equipment. Pfc. S. Cook is investigating.

THEFT FROM AUTO: Between July 13 – July 14, unknown suspect(s) stole a purse from an unlocked car in the 5000 block of Skylark Drive in White Plains. Pfc. J. Harley is investigating.