CCSO DETECTIVES IDENTIFY AND ARREST ARMED ROBBERY SUSPECT: On November 14, 2016, at approximately 9:05 p.m., an unknown suspect entered the front door of a liquor store located in the 2100 block of Crain 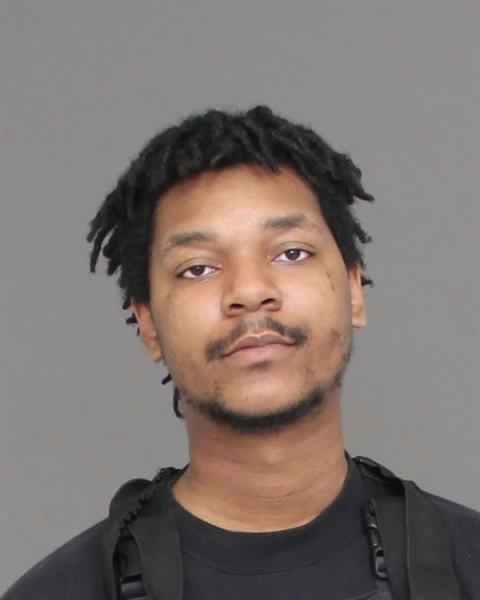 Highway in Waldorf. Once inside, the suspect, who was armed with a shotgun, locked the front door and then pointed the shotgun at the store clerk. The suspect walked behind the customer counter and forced the store clerk to lay on the floor. The suspect stole money from the cash registers and then fled the store on foot. He was last seen running toward nearby apartments.

Upon further investigation, Donald Jamal Reed, 24, of Waldorf, was identified as a suspect in this case. A search warrant was written for his residence, which provided additional evidence linking him to the robbery. Reed was not present at the time of the search warrant, and an application for charges was submitted to the District Court Commissioner. On January 24, 2017, Reed turned himself in to the Charles County Sheriff’s Office and was served his warrant. He was charged with armed robbery, first and second degree assault, and using a firearm to commit a violent crime. Det. J. A. Riffle investigated.

VEHICLE CRASHES INTO BUILDING: On January 24 at approximately 11:26 a.m., officers responded to Billingsley Road at St. Charles Parkway in Waldorf for the report of a vehicle that had crashed into the side of a convenience store. An investigation revealed that a 66-year-old male from Bryans Road was attempting to park his Honda CRV in front of the store when he apparently mistook the accelerator for the brake and accelerated through the storefront into the building. Once inside, the vehicle struck a 51-year-old female customer from Waldorf. The woman was transported to a hospital with serious but non-life threatening injuries. The driver was also transported with minor injuries. The collision is under investigation by the Traffic Operations Unit.

FIRST DEGREE BURGLARY: On January 24 at approximately 10 a.m., officers responded to the 1200 block of Adams Road in Waldorf for the report of a breaking-and-entering in progress. The victim stated two males wearing masks gained entry into his residence by breaking out a back window. When he awoke and found them inside the residence, they fled on foot. Officers obtained a suspect description and gave a lookout. While responding to the scene for a potential track of the suspects, Pfc. D. Behm observed two juveniles matching the suspect description in the area of Adams Road. Both were detained, and the victim made a positive identification. Further investigation revealed stolen property from the victim in their possession, along with a small replica semi-automatic pistol/BB gun. Both juveniles were transported to the Criminal Investigations Division, interviewed by detectives, and confessed to the burglary. They were subsequently charged and released to their parents. Pfc. S. Hooper investigated.

INTOXICATED DRIVER FLEES POLICE, FLIPS VEHICLE: On January 20 at approximately 11:15 p.m., an officer was conducting a moving radar assignment on Poorhouse Road in Port Tobacco when a vehicle sped past. The driver began to flee, and when he attempted to turn left from Port Tobacco Road onto Mill Swamp Road, he lost control of his vehicle due to his excessive speed. The vehicle left the roadway, flipping one time before returning upright. The driver, Paul Darnell Barnes, Jr., 32, of La Plata, admitted to drinking alcohol and smoking marijuana 15 minutes prior to passing the officer. Barnes was arrested and charged with driving while intoxicated and reckless driving. Officer R. McMullen investigated.

MAN CRASHES VEHICLE AND FLEES ON FOOT: On January 20 at approximately 4:08 p.m., Cpl. T. Lee located a single vehicle crash on Woodville Road near O’Toole Place in Waldorf. Cpl. Lee, who was off duty, stopped

to assist the driver and sole occupant of the vehicle, who was identified as Leonel Rondon, 25, of Waldorf. Rondon began acting suspiciously, and Cpl. Lee requested additional officers to respond. When officers arrived, they located Rondon walking away from the scene. When officers instructed Rondon to return to the scene, he fled into the woods. Officers from the Patrol Division and Special Operations Division responded to assist in the search. Rondon was located a short time later hiding in a shed behind a residence on Goldsmith Farm Place. He was arrested and examined by Charles County EMS. When he refused treatment, Rondon was charged with driving with a revoked license, leaving the scene of an accident, fleeing on foot, and several other traffic charges. Pfc. J. Johnson investigated.