TRESPASS/DRIVING UNDER THE INFLUENCE: On December 6 at 12:17 a.m., officers responded to a business located in the 2700 block of Old Washington Road in Waldorf for the report of an individual, who had previously been barred from the property, trespassing. The suspect, Pedro Leodegario Perez-Sales, 25 of Waldorf, fled prior to the officers’ arrival. The officers searched the area and put out a lookout for his vehicle.

At approximately 1:30 a.m., an officer observed a vehicle at the intersection of Leonardtown Road and Crain Highway that appeared to have struck the median. The officer made contact with the driver, later identified as Perez-Sales, who was disorderly and displayed signs of intoxication. Perez-Sales was arrested and charged with driving under the influence and trespassing. Pfc. S. Chandler and Pfc. R. Brooks investigated.

CRIME SOLVERS OFFERING CASH REWARD IN ROBBERY CASE: Charles County investigators are trying to identify two people who were involved in a robbery on Sunday, December 4, between 12:20 p.m. and 12:38 p.m., at the CVS located at Crain Highway and Billingsley Road. According to witnesses, a male dressed in black clothing jumped over the pharmacy counter, stole prescription medication, and then fled the scene.  He interacted with a man wearing a red coat who fled with him. Anyone who may have witnessed this crime, or anyone who may be able to identify the suspects or getaway vehicle, is asked to call Officer Jason Wilson at (240) 587-7970. Tipsters wishing to remain anonymous may contact Charles County Crime Solvers by calling 1-866-411-TIPS, texting CHARLES + the tip to CRIMES (274637) or submitting tips online at tipsubmit.com. 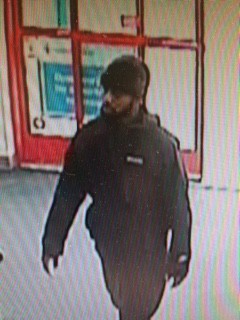 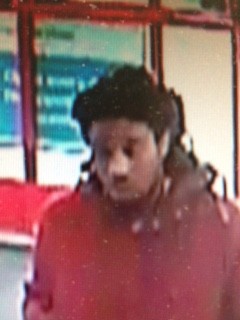 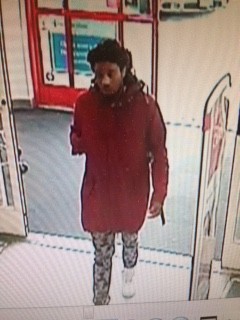 BURGLARY/DESTRUCTION OF PROPERTY/THEFT: On November 30 at 10:12 p.m., an unknown suspect broke the drive-through window of the Dunkin Donuts located in the 2900 block of Crain Highway in Waldorf and entered the business. Once inside, the suspect rummaged through multiple registers and stole cash. The suspect exited the rear door and fled towards Denny’s restaurant. The suspect was wearing a black jacket with a yellow or orange hood, blue jeans with rips in them, and black shoes, and he was carrying a duffle bag and a yellow crowbar. Officers canvassed the area and were unable to locate the suspect. Detective C. Gilroy is investigating.