Charles County Sheriff Troy D. Berry is proud to announce the Agency received the “Above and Beyond” Award from the Maryland Employer Support of the Guard and Reserve (ESGR) for outstanding service and continuing support  of employees who serve in the Guard and Reserve. The Agency was honored during a ceremony on April 9 in Annapolis.  “We back our employees who serve to protect our nation, and we are committed to providing these men and women the support they need to carry on their mission here in Charles County and wherever they are needed for our country,” said Sheriff Berry. 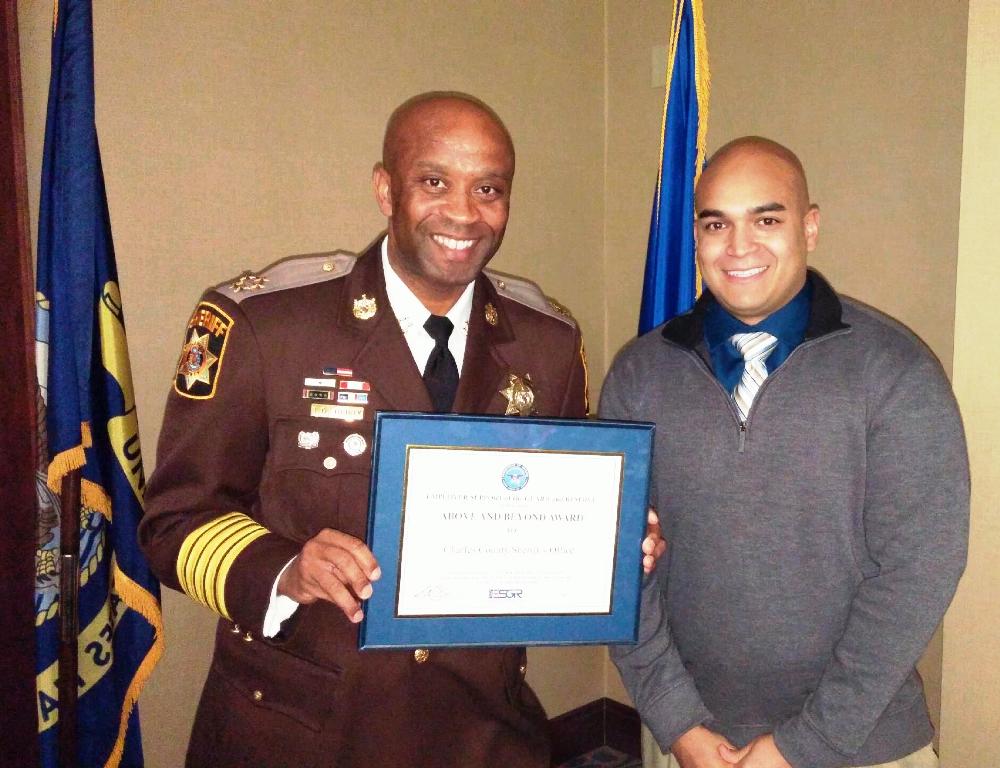 The Agency was nominated for this prestigious award by former police officer, Jay Mejia, who served with the CCSO from 2012 to 2015. During his tenure, Mejia worked in Patrol Operations and was stationed primarily out of the La Plata district. He was called to duty with the Air Force Reserve and upon return, took a job as a Safety Specialist for the Department of Army. Mejia recalled how supportive the CCSO was during his time with the agency. “I really enjoyed working for the Sheriff’s Office. They were supportive of my military orders and remained flexible in terms of the requirements needed to serve in the Reserve.”

According to the ESGR, more than 800,000 people serve in the Guard and Reserve and make up nearly one-half of our nation’s total military force. Employers who hire service members must remain flexible and adapt to military training schedules and, at times, lengthy deployments. The CCSO has several employees who serve in this capacity. For more information about the ESGR, visit www.esgr.mil.