OFFICER APPREHENDS MAN ARMED WITH AR-15: On April 9 at 4:11 p.m., a Charles County Sheriff’s officer was flagged down in the 2000 block of Nantucket Drive in Waldorf after a person reported seeing a male carrying a long gun at a 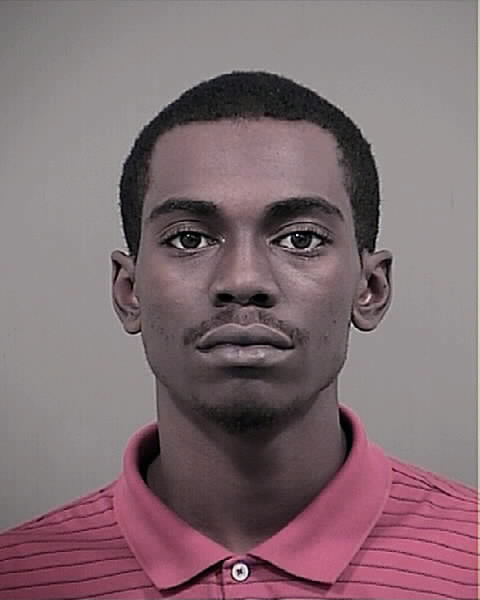 nearby recreation center. Cpl. P. McCue quickly responded and noticed the man walking in the parking lot holding a rifle. Cpl. McCue drove toward the man who then suddenly hid behind a car. Cpl. McCue ordered the man to surrender at which time he did. Once he was secured, officers located a loaded AR-15 semi-automatic gun with 27 rounds in it. A check revealed the gun had been reported stolen from North Carolina.

Investigation revealed the suspect, Rodrigueze Lavon Nowlin, Jr., 21, of North Carolina, was at the center attending a baby shower with approximately 13 other people. He became involved in an argument with a male guest who assaulted him during the confrontation. Nowlin then left the party and retrieved the gun from his car. As he was walking back to the center, the guests observed him and locked the doors to prevent him from entering. In the meantime, the person with whom Nowlin had been arguing fled, but was stopped by police. He was in possession of brass knuckles. Nowlin was arrested and charged with multiple counts of first-degree assault, second-degree assault and reckless endangerment.

THEFT FROM AUTO: On April 10, during the overnight hours, unknown suspect(s) attempted to steal the tires from a Dodge Charger in the area of Lewisham Place in Waldorf.  POI Brian Rash is investigating.