OFFICERS ARREST SUSPECTS WITH COUNTERFEIT MONEY: On Nov. 2 at 10:04 p.m., officers responded to a restaurant in the 3000 block of Crain Highway in Waldorf for a hold-up alarm. Upon arrival, officers learned a lone male entered the carry-out and, based on his actions, an employee thought they were about to be robbed. The employee activated the hold-up alarm and notified police. The suspect fled in a pick-up truck. PFC Gass observed the vehicle nearby and attempted to stop the truck, but the driver fled. The truck continued about three miles and finally stopped in the parking lot of a shopping center. One passenger was found to be in possession of counterfeit money, a $100 bill. Officers also discovered several receipts from local businesses, one which showed the merchandise had been paid for with a $100 bill. Officers checked the store where the purchase was made and discovered the bill was counterfeit. The suspects had successfully used the counterfeit money to purchase a can of hairspray. Additionally, several credit cards and fake identification cards were located in the vehicle. The two passengers and the driver had several open warrants from multiple jurisdictions, all of which were related to theft and fraud charges. Preston Grayson Holmes, 22, of Washington, DC; Matthew Delonte Jones, 21, of Rockville; and Sharifa Kibi Shuler, 20, of Washington, DC, were arrested and charged with theft scheme. They were held at the Charles County Detention Center pending extradition for their outstanding warrants. PFC R. Brooks is investigating.

ROBBERY: On Nov. 4 at 10:24 p.m., officers responded to the 11800 block of Park Waldorf Lane in Waldorf for the report of a robbery. Investigation showed a female employee of a business was standing outside when two suspects approached, displayed a gun and demanded money. The victim said she did not have any money and gave the suspects her cell phone. The suspects fled on foot. Det. J. Feldman is investigating.

BURGLARY: On Nov. 1 between 3:15 a.m. to 7 a.m., someone broke into a storage center in the area of Irongate Drive in Waldorf and stole several items from a unit. PFC C. Garner is investigating.

THEFTS OF CREDIT CARD NUMBERS: On October 30 at 8:48 p.m., a male walked into the lobby of a hotel in the 11300 block of Days Court in Waldorf and grabbed a binder – which was behind the front desk – that contained photocopies of credit cards belonging to businesses who frequently rent rooms from the hotel.  The suspect left in a dark-colored vehicle. It is believed the suspects stole the information to make fraudulent credit cards. Detectives are reminding businesses to monitor credit card activity on a regular basis to make sure accounts have not been compromised. Anyone with information about the suspects or those concerned their card may have been compromised should contact Det. B. Clark at (301) 609-6499. 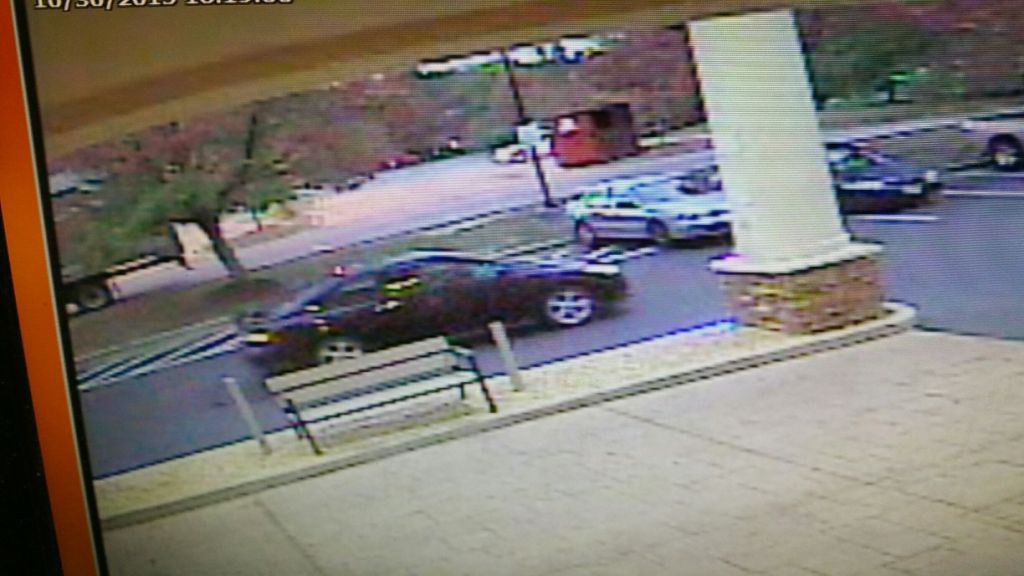 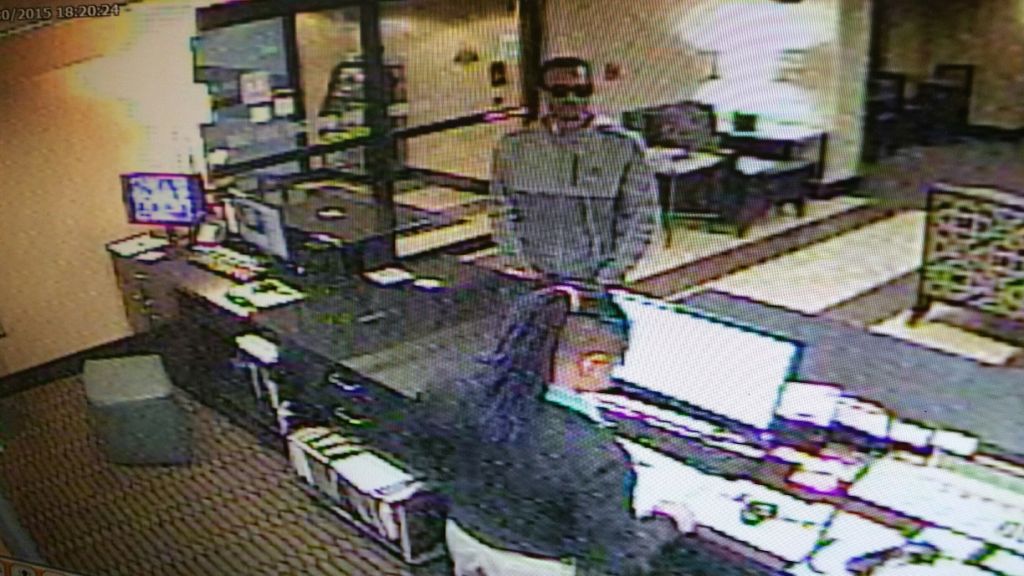 CRIME SOLVERS OFFERING CASH REWARDS FOR INFORMATION ABOUT TWO ROBBERIES: Charles County Crime Solvers is offering a cash reward for information leading to the identity of two suspects who robbed two businesses. On October 31 at 10:55 p.m., two males wearing Halloween masks entered the Sunoco gas station at 8144 Old Leonardtown Road in Hughesville. They displayed a gun and demanded money. After obtaining money, the suspects fled on foot, possibly to a nearby car.  A short time later, two males entered a bar in the 14900 block of Woodville Road in Waldorf. One suspect was wearing a mask from the movie Scream and the other suspect was wearing a black and white stocking cap and had socks on his hands. They approached two employees, displayed a gun and demanded money. One employee slapped the suspect’s hand away, and both employees fled and called police. The suspects left and got into a large, older model four-door car which was waiting in the parking lot and being driven by a third suspect. There were no patrons inside at the time, and nothing was stolen. Detectives believe the two cases are related. Anyone with information is asked to call Det. J. Feldman at (301) 609-6474. Tipsters, who want to remain anonymous, may contact Crime Solvers at 1-866-411-TIPS. 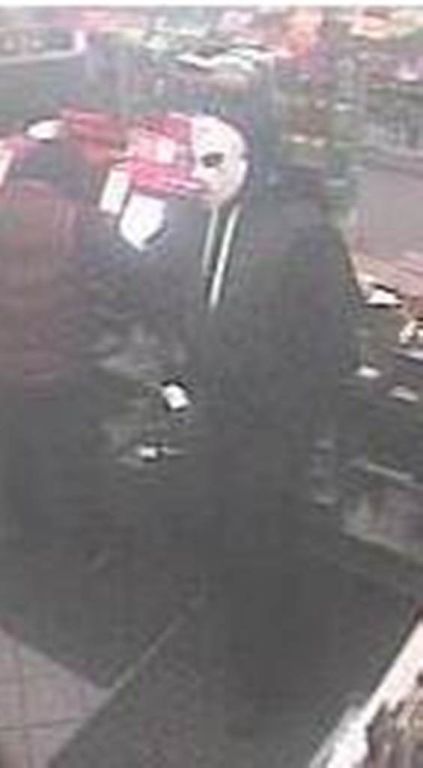 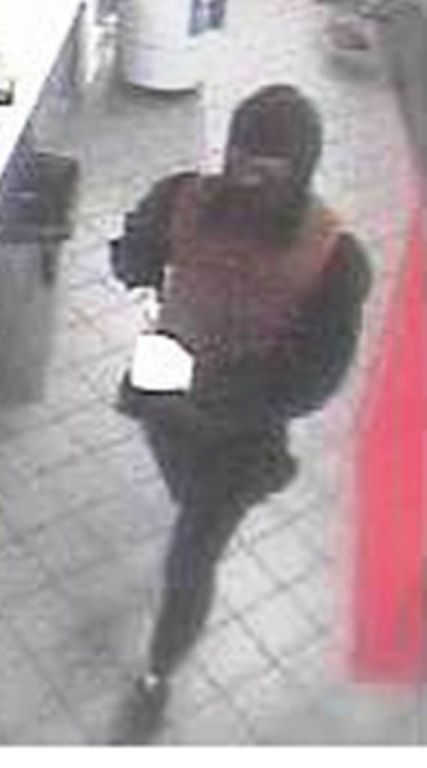 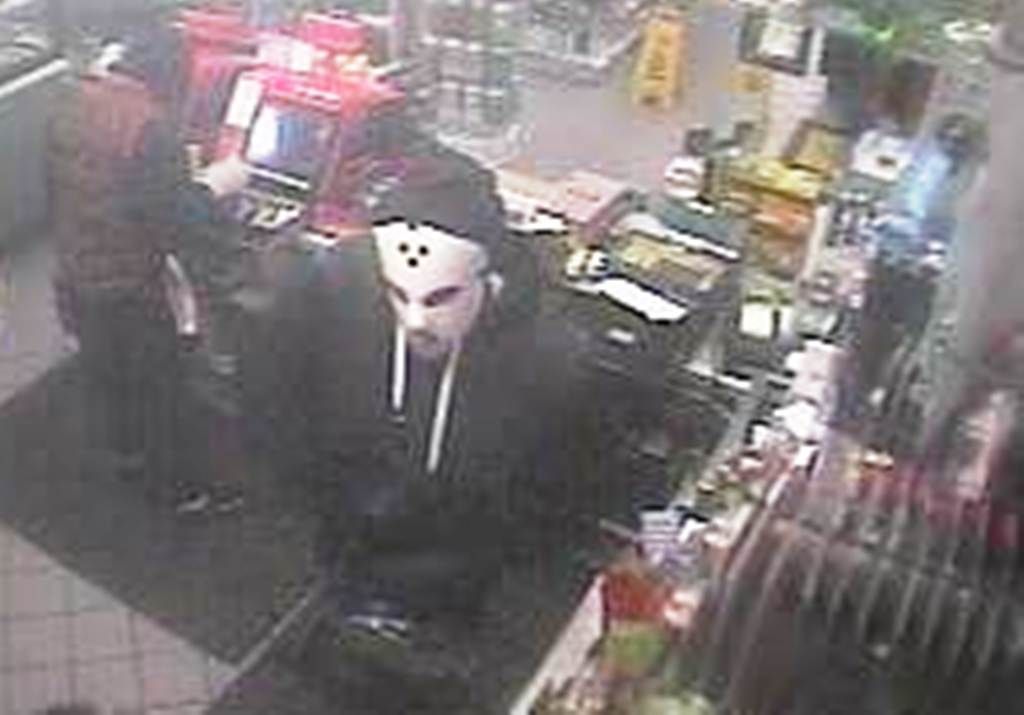 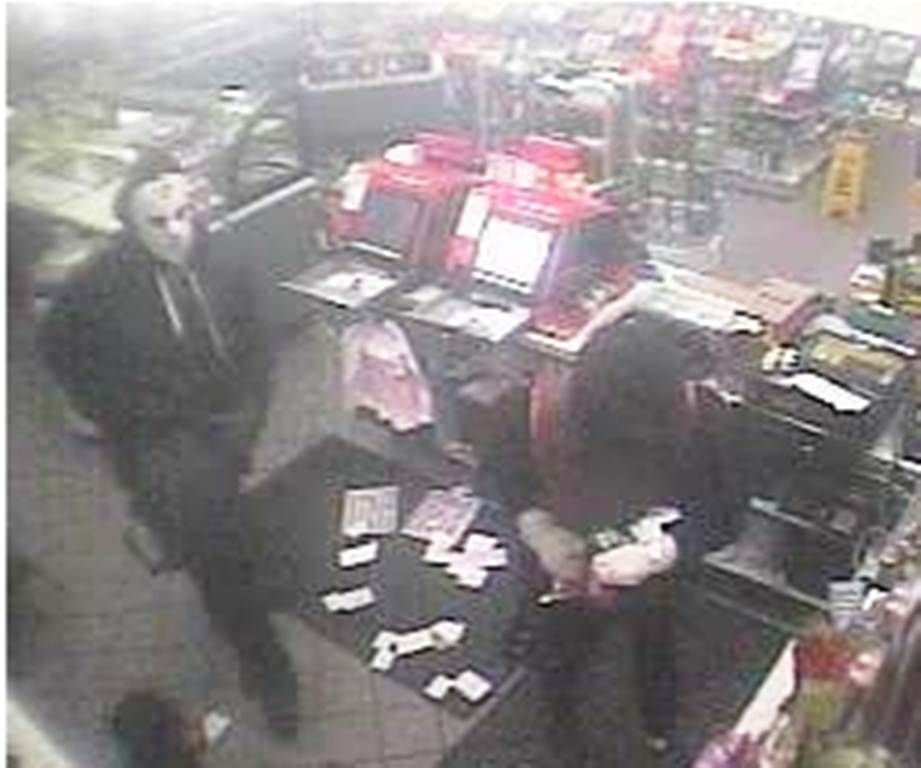 OFFICERS RECOVER PROPERTY STOLEN FROM UNLOCKED CARS: Sometime between Oct. 28 and Oct. 29, two suspects entered unlocked cars in the 10800 block of Constitution Drive in Waldorf and stole an iPad, sunglasses, and a GPS unit. Detectives tracked the iPad to a nearby address and found the stolen items in the possession of two males, ages 18 and 19. Charges are pending. PFC. K. Newman, Det. J. Austin and Det. J. Riffle are investigating.

BURGLARY: On Oct. 29 during the daytime hours, an unknown suspect entered a house in the 3300 block of Ryon Court in Waldorf. The house was ransacked, but it is not clear if anything was stolen. There was damage to a window. Officers recovered evidence, and the investigation is ongoing. Officer S. Hooper is investigating.