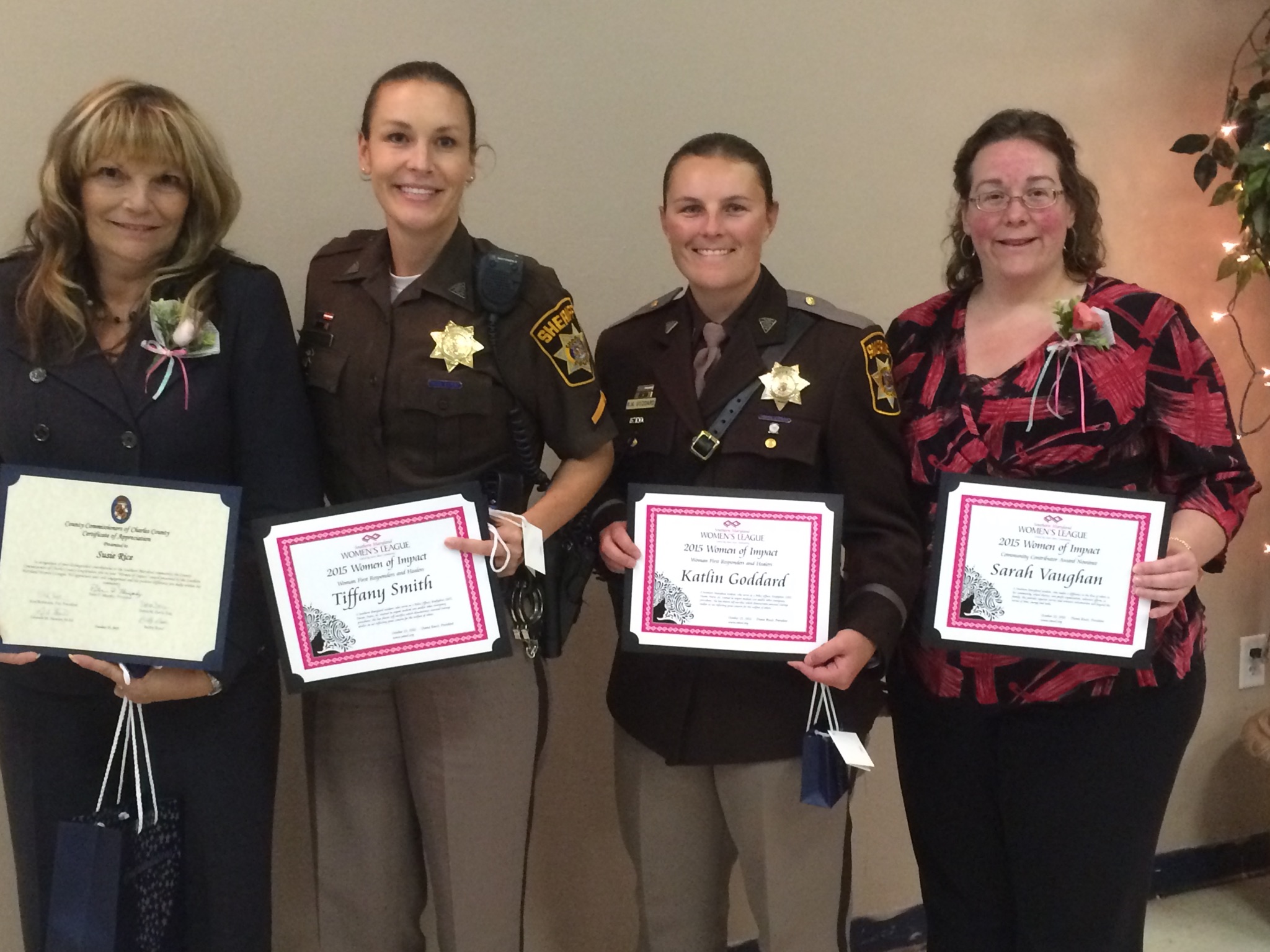 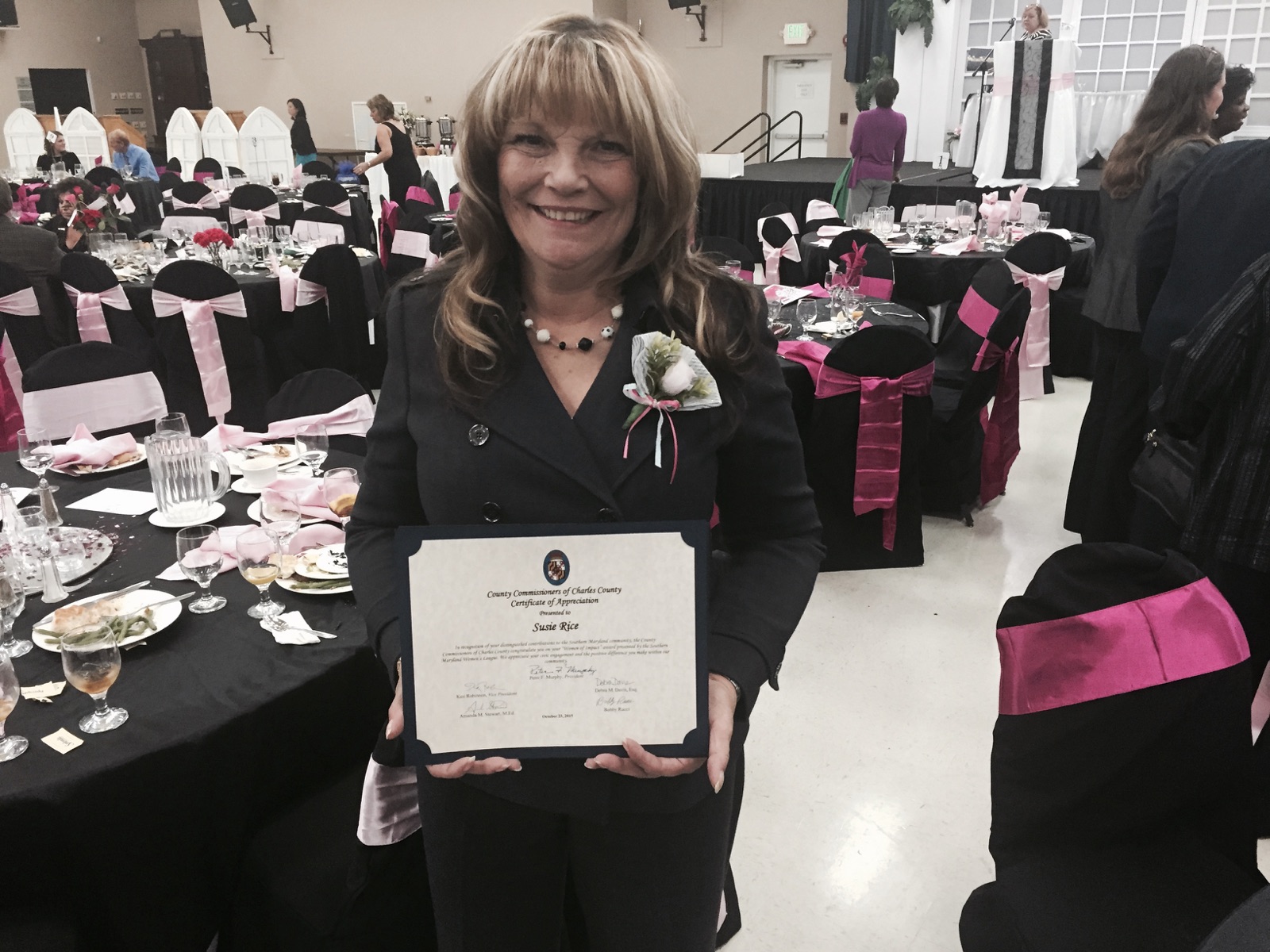 At the Awards Ceremony, Director Susie Rice was named the winner of the First Responder/Healer category.  Director Rice began her career as a Correctional Officer at the CCDC, but her work reached far beyond. She has volunteered in countless charitable organizations throughout the region and has been a supporter of National Night Out, American Cancer Society, United Way, Special Olympics, Christmas in April, the Charles County Fair, and the Muscular Dystrophy Association.  Retired Lieutenant Bonnie Johnston said, “Director Rice is the consummate professional who cares, and it shows not only to Sheriff’s Office employees, but to the community as well.”

“We are fortunate to work with so many women who are not only impactful in their careers with the CCSO, but also in our community,” said Sheriff Troy Berry. “We are very proud of Director Rice and each of the nominees for their efforts throughout the year, which have made a mark in Southern Maryland and beyond.”