Meet Coni, Cooper, and Erno – a dynamic trio of police K9s from the Charles County Sheriff’s Office and medal winners in the 2015 Police/Fire World Games. These three dogs are part of an eleven dog unit with the CCSO and provide critical services in patrol work as well as detection in explosives and  narcotics. Coni, an explosives expert, and Cooper, certified in narcotics and patrol, are assigned to Cpl. Renee Cuyler, an 18-year-veteran of the CCSO. Erno, a narcotics and patrol K9, is Sgt. Ralph Nasatka’s longtime four-legged partner. Let’s meet the dogs: 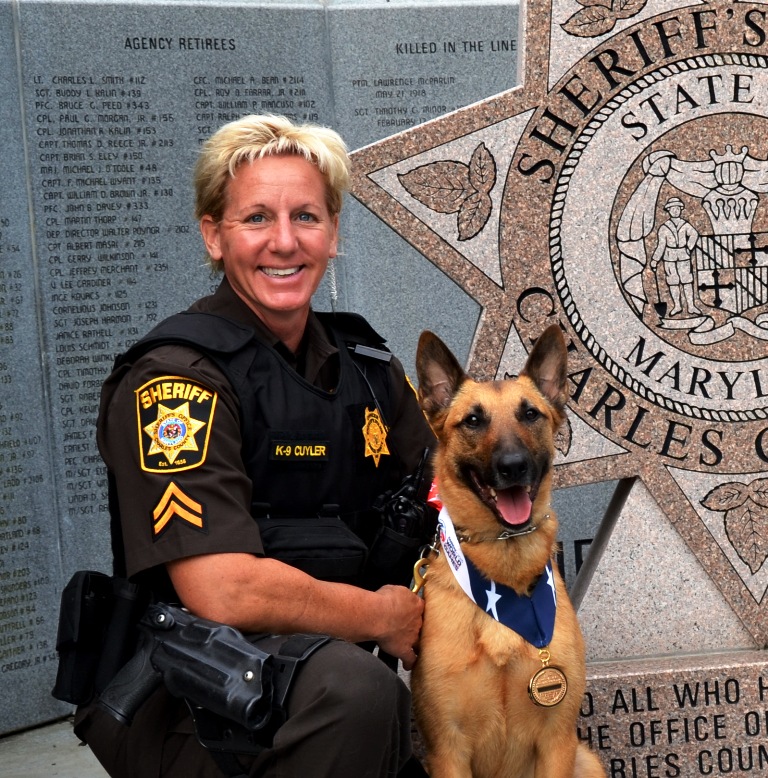 Coni, a 4-year-old Belgian Malinois, brought home a gold medal for excellence in detecting explosives on cars. She was tested on her ability to quickly locate ingredients used to make bombs. The competition was tough: Coni faced four cars, some which had the components of bomb materials in or around it. She had four minutes to check each car and indicate if she detected an odor associated with explosives. In theory, Coni had 16 minutes to complete her task. Coni was fast: she cleared all four cars in just two minutes and 47 seconds. To put her time in perspective, the silver medal winner cleared in four minutes and 37 seconds. Coni indicated on two vehicles. They left the field and didn’t learn of their results until everyone was done. “ I was excited and nervous because I knew we were competing with some very good teams.”  Going against the clock, Coni correctly found the ingredients on two cars and completed her search the fastest. She scored an impressive 100 points out of 100. 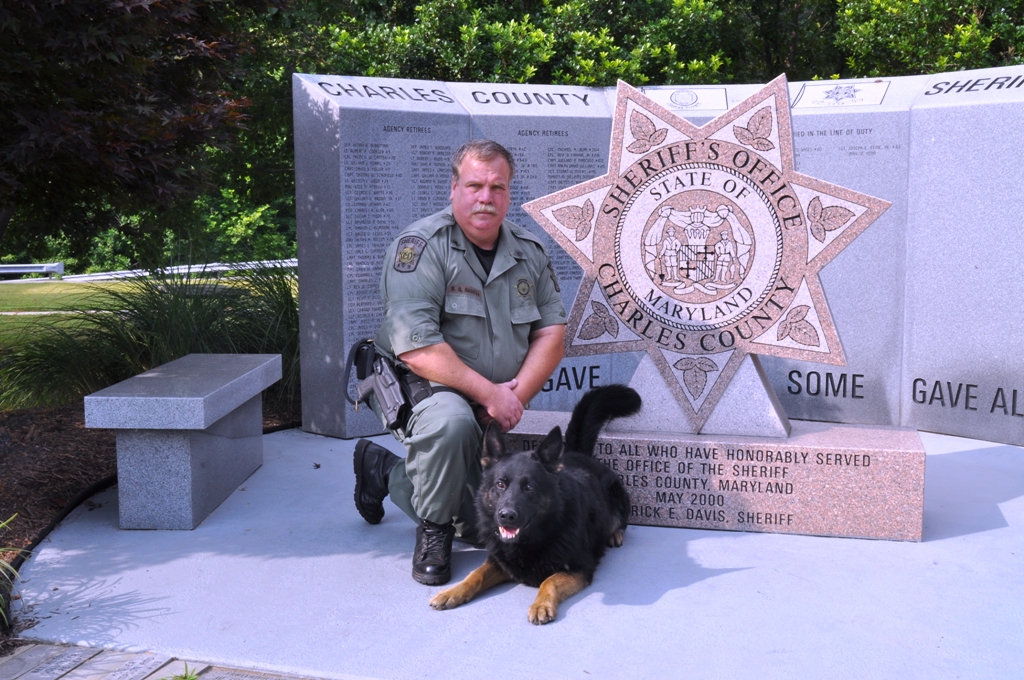 Erno, age 8, is a German Shepherd. He’s been partners with Sgt. Nasatka, a 29-year-veteran of the CCSO and a supervisor in the K9 Unit, for the last seven years. Erno brought home a silver medal for narcotics detection in classroom searches. He scored a 97 out of 100. He also won a bronze medal in hallway/locker searches and another bronze for placing third, overall, in search events.  “Erno is getting older and I thought, ‘Why not let him have a chance at the games?’ When he won the medals, I was just so proud.”  Erno has earned a reputation for being one of the best in evidence recovery. In his career, he has located several discarded guns and knives that were used in crimes. In one case, he found a gun that had been used in a shooting. Without the recovery, the suspect may not have been successfully prosecuted. Erno has also earned two back-to-back Triple Crown awards from the United State’s Police Canine Association and he tied for first place in a narcotics competition sponsored by the USPCA. “Erno is all business. He’s full of energy all the time, yet he’s extremely focused,” said Nasatka.

And then there is Cooper, a handsome two-year-old Belgian Malinois, and one of the newest members of the CCSO K9 Unit. Cooper made his first appearance in competition during the Police/Fire World Games and his debut was rather impressive; he earned a spot on the podium by winning a bronze medal for his work in narcotics detection in vehicles. And Cooper has an interesting background: He came to the Agency last fall after Pittsburgh Steelers quarterback Ben Roethlisberger tossed a grant to the CCSO worth $6,800 as part of his longtime commitment to enhancing K9 units for police and fire departments throughout the country. 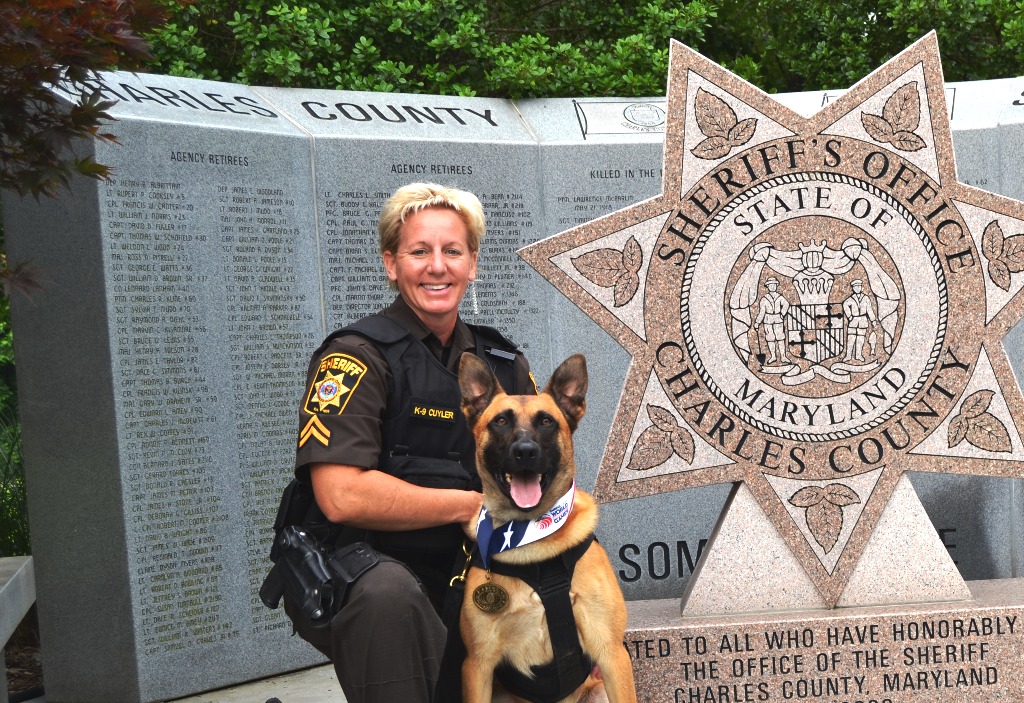 Cooper took over the job duties of Cpl. Cuyler’s longtime K9 partner, Atos, who recently retired due to age, medical conditions and longevity of service. Cooper spent the last several months in school and graduated from training last week. In fact, Cooper graduated with an A+ in narcotics detection which is equivalent to 100 percent in all five field trials. He is certified in narcotics detection and patrol canine services. “Cooper is a great dog! He’s been a great partner and I look forward to many years of excellent work from him,” said Cpl. Cuyler.

“I’m so impressed with our K9 Unit. Their handlers work hard day in and day out to maintain superior control of the dogs. Mr. Billy Cotton, Lead Trainer, has done an excellent job getting the teams to this point. Winning five medals at the World Games is something to be proud of and we are,” said Sheriff Troy Berry. “Our K9s are important to us and to the citizens we serve. They help track missing people, locate fugitives and provide extra safety for officers who must confront very dangerous situations.”

For more information about the 2015 World Police and Fire Games, visit http://fairfax2015.com/.