On May 25 at 12:45 a.m., officers were dispatched to a house fire at 11002 Greenwood Court in Waldorf. Neighbors called to say the back of a house was on fire and flames were coming through the roof. Another neighbor called and alerted 911 call takers that two people had escaped – a 26-year-old woman and a 3-year-old girl – but that a man was still trapped inside. Officer V. Warker was the first person to arrive on the scene. He confirmed an adult male was still inside. Without the benefit of protective gear, Officer Warker forced open the screen door, and kicked open another door and made entry. The house was filled with heavy smoke and the rear of the home was in flames. Officer Warker could only see inches in front of him. Upon crawling on the floor, Officer Warker noticed a pair of white socks. Soon he realized the socks were on a man who was lying on the floor unconscious. Officer Warker dragged the man to the front door where neighbors Thomas and Chris Yarbrough helped get the man out. CCSO Sgt. Ashley Burroughs – who had just arrived on the scene –helped Officer Warker and Mr. Yarbrough carry the man to the street, away from the house. Cpl. J. Timko, another CCSO officer, arrived and went to neighboring homes to alert them of the fire and to evacuate their homes until the fire could be controlled. Fire/EMS personnel arrived on the scene and provided oxygen and took over first aid for the victim who was suffering from smoke inhalation and burns to his head and throat. The man, 44, of Waldorf, was flown to a hospital with severe injuries. The Maryland State Fire Marshal’s Office is conducting an investigation into the cause of the fire. Charles County Sheriff Troy D. Berry stated the actions of Officer Warker were heroic and undoubtedly saved the man’s life. 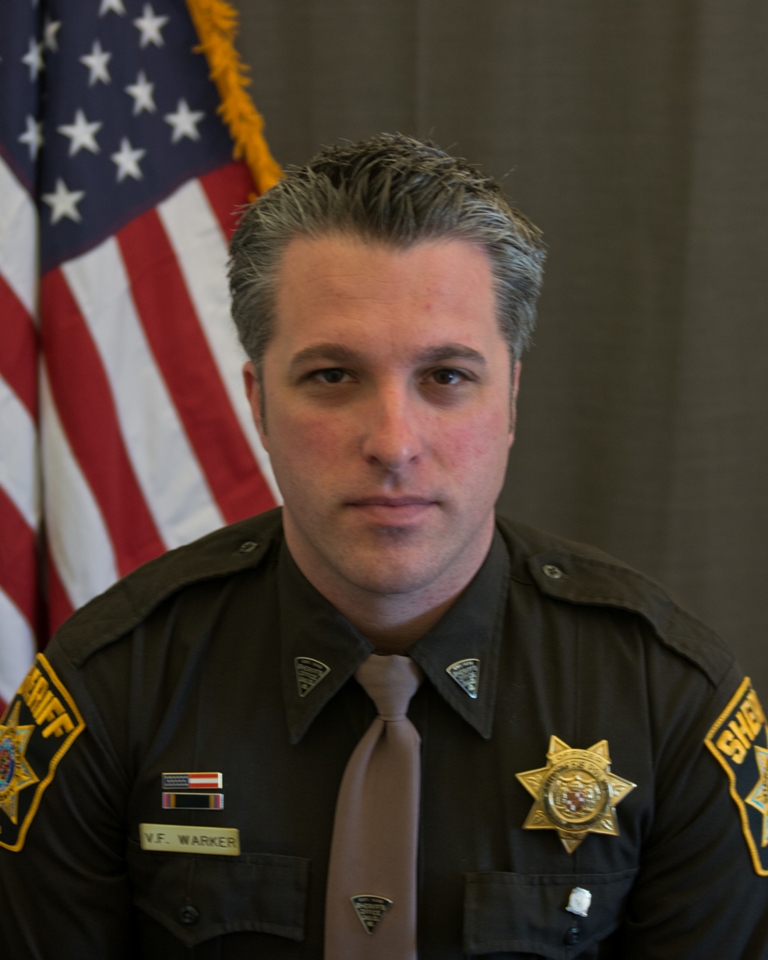 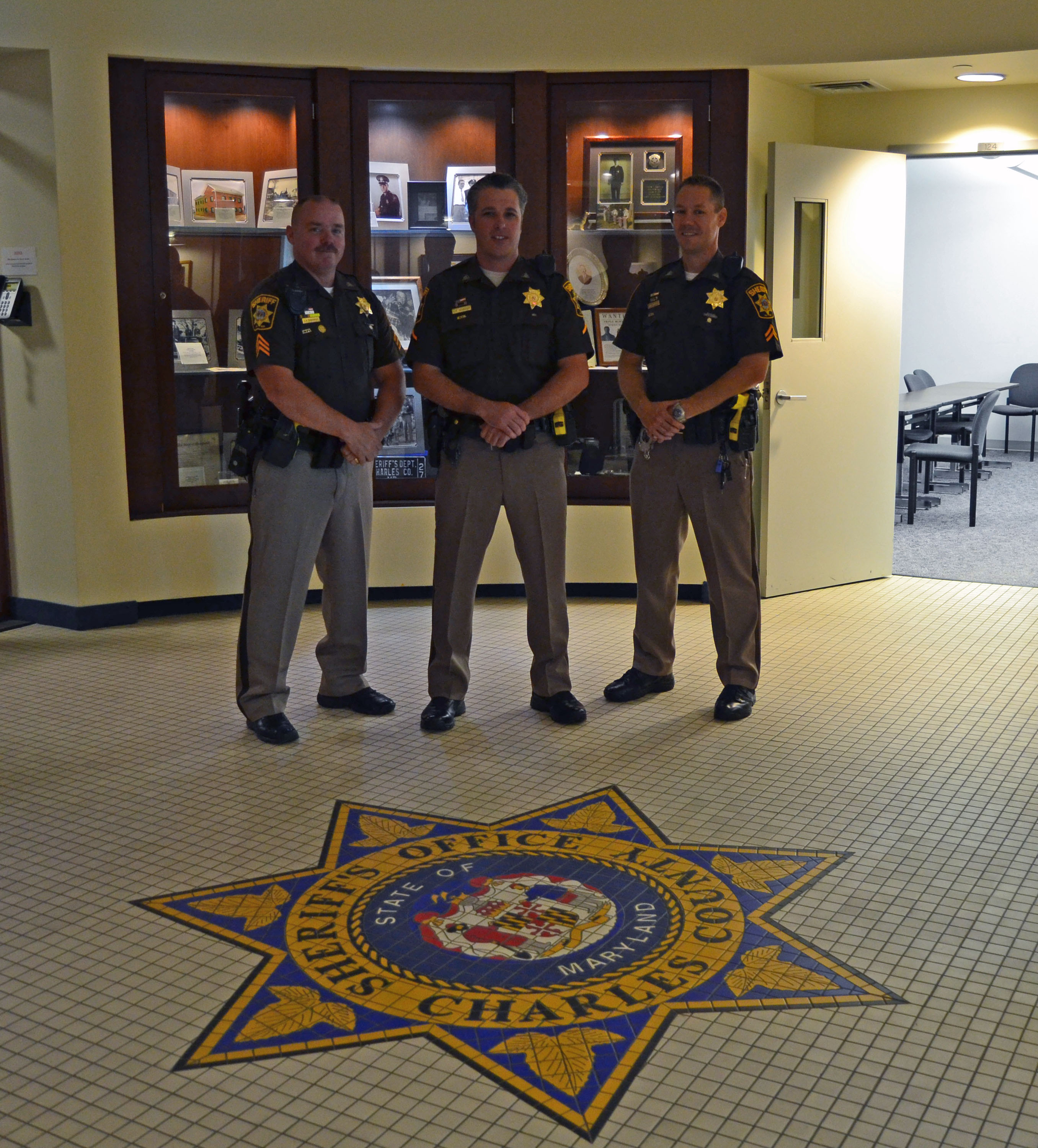 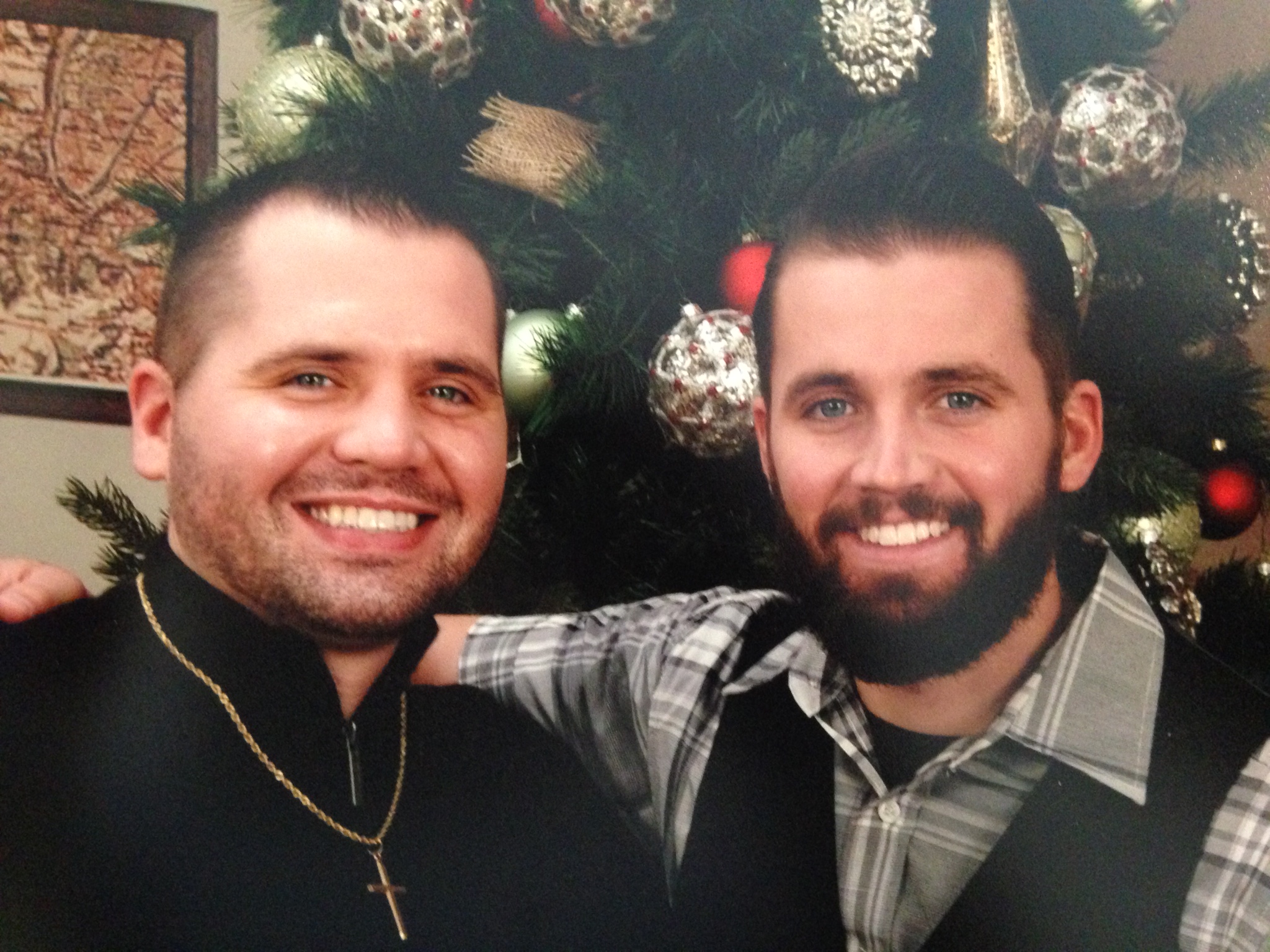 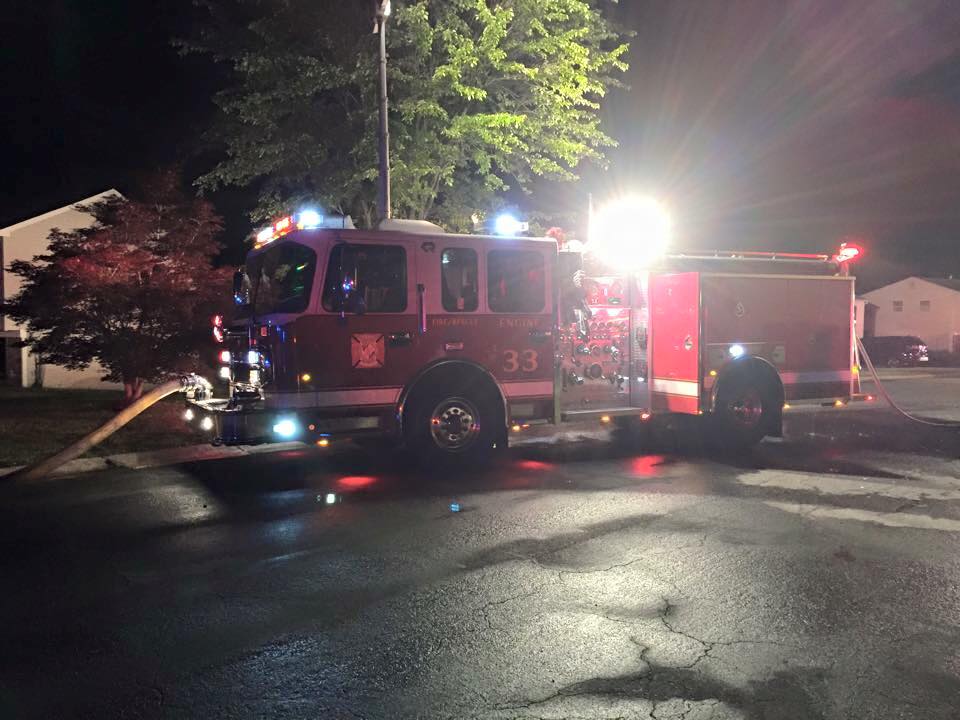 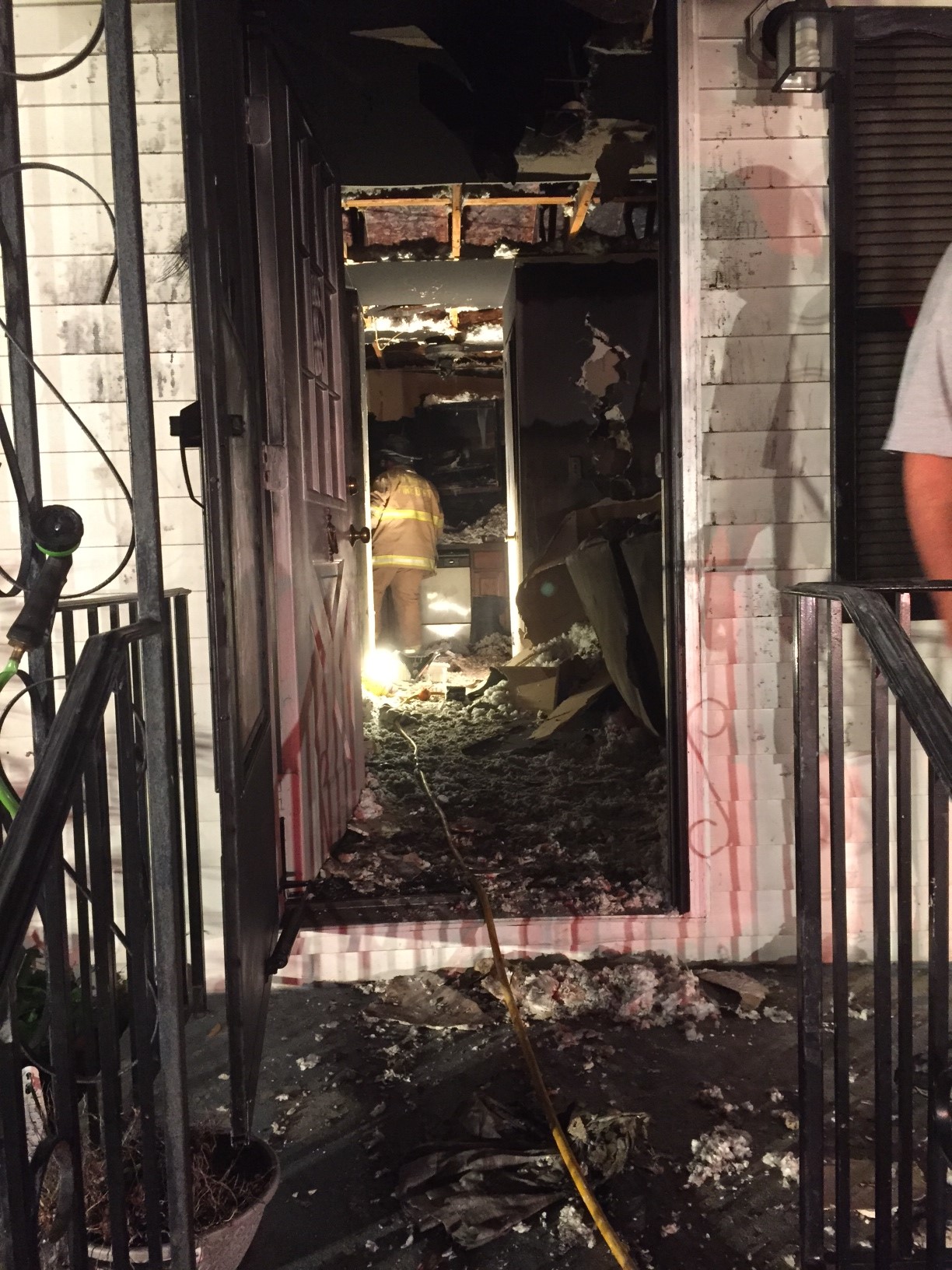 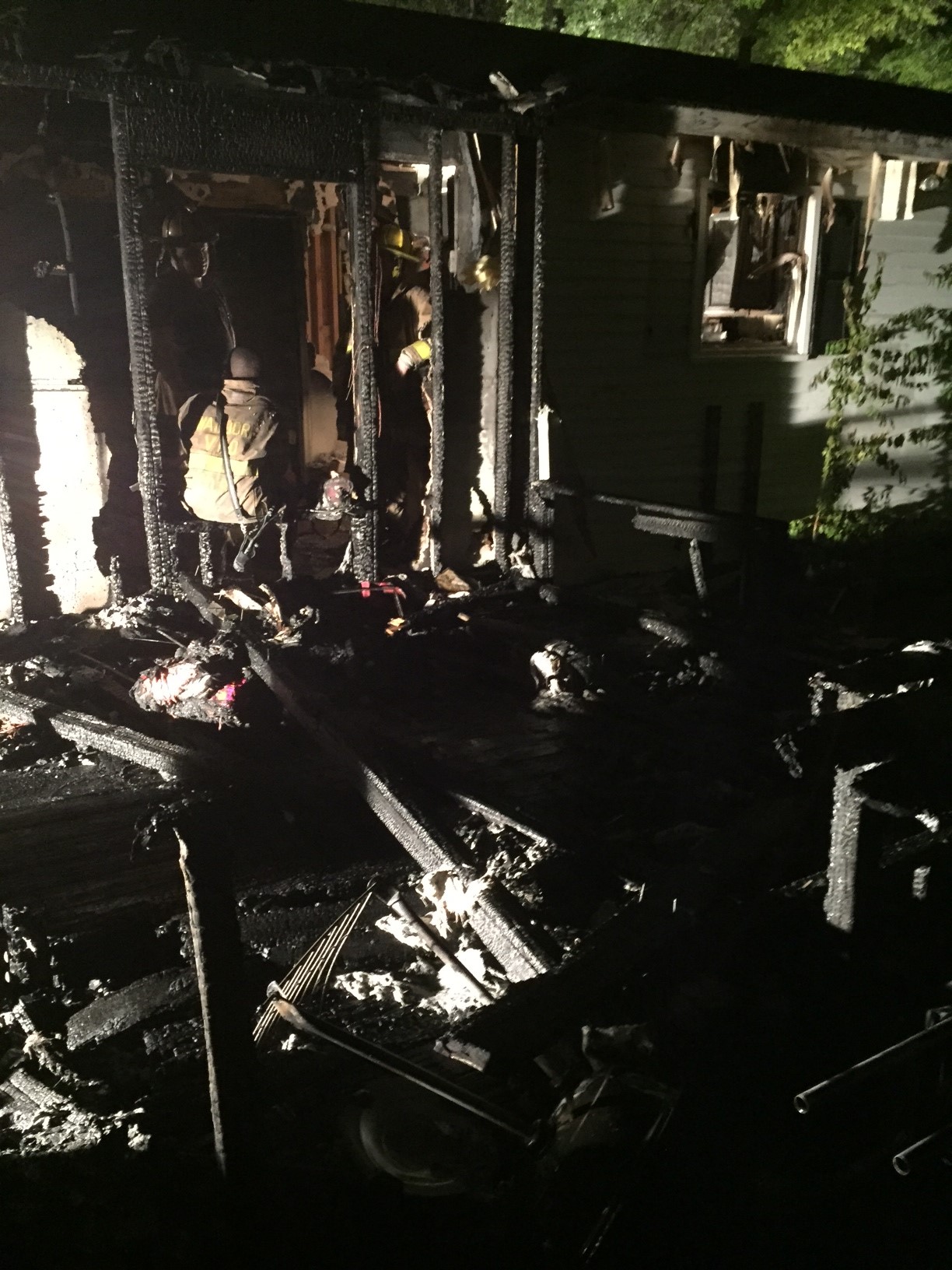