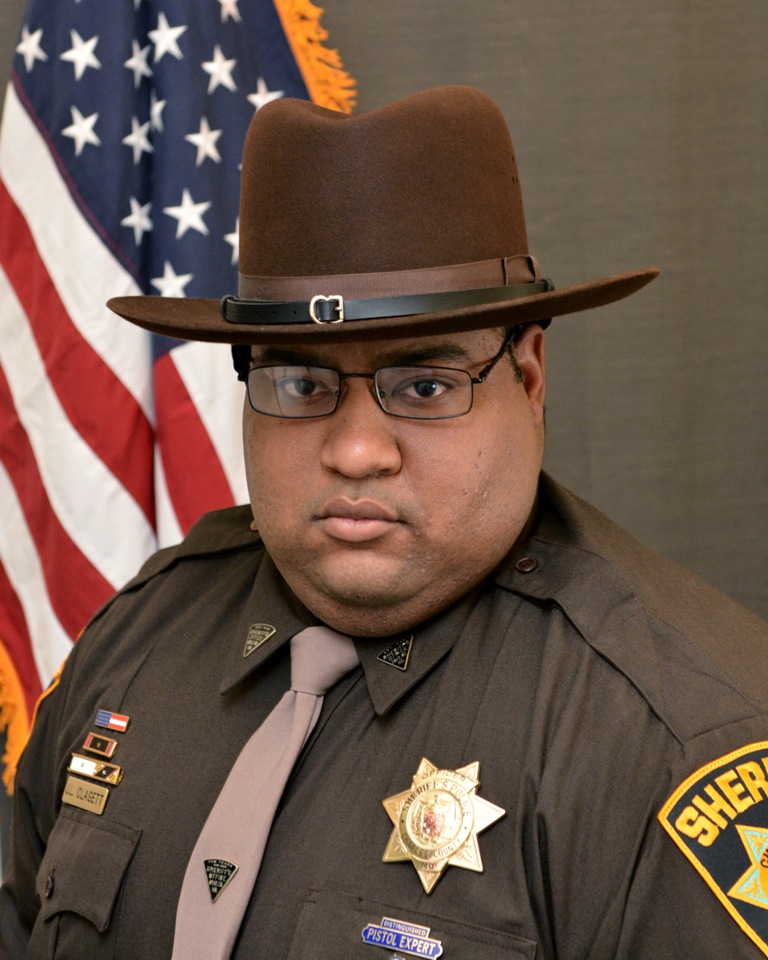 Charles County Sheriff Troy D. Berry is saddened to announce the death of Patrolman First Class Jamel Clagett, 30, who died in a motor vehicle crash this morning on Route 218 in King George, Virginia. PFC Clagett was driving home after working a midnight shift when his car left the roadway and struck a tree; he died instantly. PFC Clagett, a ten-year decorated veteran of the Charles County Sheriff’s Office, was assigned to Patrol Operations at the District IV Waldorf station.

“Jamel was a great policeman who cared about his community and valued his fellow workers. He was known for his kindness. In fact, his last act this morning – after working an eight hour overnight shift – was buying breakfast at a local restaurant and dropping it off to our midnight communications staff, whom he considered family,” said Sheriff Berry. “Jamel always made it a point to look out for others and to make sure everyone was happy before he went home for the day,” Sheriff Berry said.

PFC Clagett is survived by his mother, two brothers and a sister. Details regarding his funeral are forthcoming.

The Fraternal Order of Police, Lodge 24, has established a benevolent fund in Cpl. Clagett’s memory. Donations may be made to: