THEFT: On April 30 at 6 p.m., an unknown male entered an unlocked door of an apartment in the 2400 block of Lake Drive in Waldorf, grabbed a set of keys that were on the counter and fled across the street. The victim said he did not recognize the suspect who was described as a black male with dreadlocks and facial hair on his chin and wearing camouflage skinny jeans and a dark blue jacket. Cpl. J. Jones is investigating. 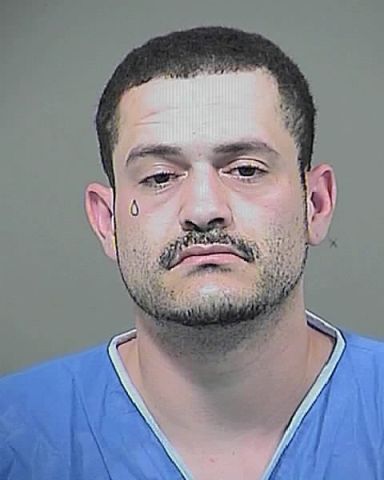 OFFICERS APPREHEND ARMED SHOPLIFTERS/RECOVER STOLEN MERCHANDISE: On April 30 at 2 p.m., officers responded to the St. Charles Town Center for a theft in progress at a department store. As Sgt. H. Smith and Sgt. J. Murphy approached, they observed a vehicle fleeing the area which matched the description of the suspects’ car. Sgt. Smith attempted to stop the vehicle, but the driver fled, striking a car. The suspect continued south on Crain Highway and as he approached Billingsley Road, he struck a guardrail which propelled his vehicle into three cars at the intersection. The suspect, who appeared to be armed with a gun, then jumped out of the vehicle and attempted to carjack someone who was stopped at a stop sign. He was unable to get into the car and he fled on foot to a parking lot of a church. Sgt. Smith was able to utilize a TASER and successfully apprehend the driver. A gun was not located at that time. Investigation showed Jacob Jamal Sbeitan, 31, of Huntingtown, and a female accomplice, Christina Lynn Rivas, 40, of Hollywood, MD, went into the department store and grabbed bundles of men’s clothing. An employee approached at which time Sbeitan implied he had a gun. Sbeitan fled and Rivas was apprehended by store security. 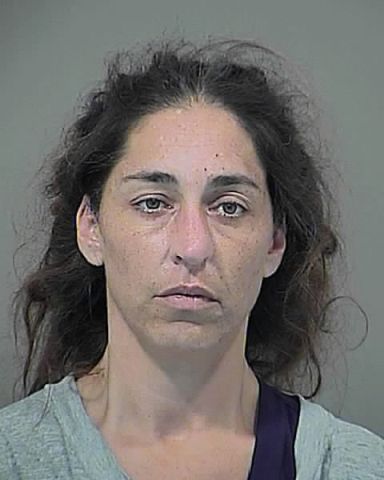 Sbeitan was charged with armed robbery, theft over $1000, possession of a controlled dangerous substance, possession of drug paraphernalia, attempted carjacking, destruction of property, fleeing and eluding, driving while impaired, reckless driving, driving while suspended, hit and run, and reckless endangerment. He also had three open warrants with the Calvert County Sheriff’s Office. Rivas was charged with theft over $1000, second-degree assault, giving a false name, possession of narcotics, and possession of drug paraphernalia. She had four open warrants with Anne Arundel County Police Department. Two drivers of the cars struck near Billingsley Road were transported to a hospital with miner injuries. No one else was injured. Sgt. H. Smith investigated.

OFFICERS LOCATE CRITICAL MISSING WOMAN: On April 29 at 8 p.m., officers responded to the 9900 block of Clifton Drive in Newburg for a critical missing woman. A relative reported a 97-year-old woman with dementia wandered away from the house about 20 minutes earlier and left without her shoes, a coat and other personal belongings. Officers canvassed the area and soon heard a woman yelling for help. Officer C. Shaw and La Plata Town police officer Bagley went through a wooded area and located the woman on the side of a vacant house. She was not injured, but due to the heavy rain and lack of shoes and outerwear, the woman was suffering from hypothermia. She was transported to a nearby hospital where she was treated. Officer R. Kimble is investigating.