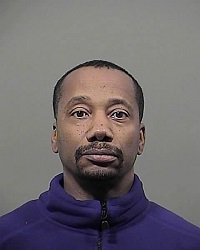 On Jan 30 at 8:35 p.m., a Charles County sheriff’s officer was on patrol when she initiated a traffic stop in the area of St. Charles Parkway and Billingsley Road after observing the operator of a sedan driving erratically. Upon approaching the driver, the officer suspected he was under the influence. The driver, Reuben B. Collins, II, was administered several field sobriety tests, all of which he failed. He was arrested and transported to the Charles County Detention Center where he agreed to take a breathalyzer test. His blood-alcohol content was above .08 percent. Under Maryland’s Transportation Code 11-174.1, anyone with a blood-alcohol content of .08 or above is automatically considered intoxicated. Mr. Collins was charged with driving under the influence, driving under the influence per se, and driving while impaired. He was released to a relative.