ROBBERY: On Jan. 29 at 1:30 p.m., officers responded to the area of Smallwood Park and Ride in Waldorf for the report of a robbery. The victim, an 18-year-old male, was walking in the woods near the park and ride when he was approached by a group of males who pulled a gun and demanded money. The victim complied and the suspects fled. Officers canvassed the area and detectives are working on leads. Det. A. Celia is investigating.

OFFICERS TRACK DOWN BURGLARY SUSPECT: On Jan. 29 at 7 a.m., officers responded to the 14500 block of Burnt Store Road in Hughesville for the report of a burglary that occurred overnight. Investigation showed the suspect broke into a building by forcing open a window and stole $16 in cash. PFC D. Arends noticed footprints in the snow directly under the damaged window. He followed the footprints to a nearby house and made contact with the homeowner. After a brief conversation with the homeowner, PFC Arends learned the suspect was a 19-year-old resident of the house. The suspect admitted to the burglary and turned over the money he stole to the officer who then gave it back to the victim. The investigation is on-going and criminal charges are pending. 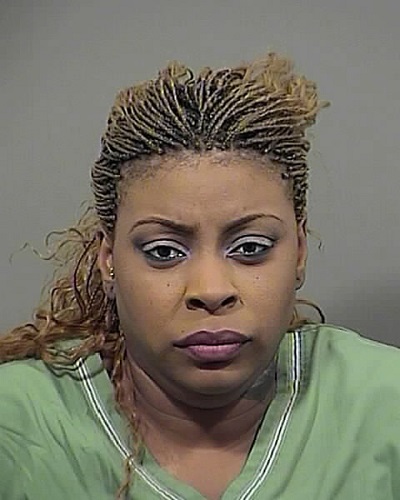 OFFICERS FIND CHILDREN IN COLD CAR/ WOMAN CHARGED WITH CHILD NEGLECT: On Jan. 28 at 8:05 p.m., officers responded to the 11200 block of Mall Circle after a citizen called to report the sounds of children crying coming from inside a Cadillac Escalade which was parked outside a department store. The windows of the car were heavily tinted and the witness was not able to see much more. Officers arrived and found two girls, a six-year-old and a three-year-old, inside the car. Both girls were wearing heavy coats but told officers they were cold. Officers placed the girls in their police cars and noted the temperature was about 16 degrees. Officers obtained the name of the girls’ mother and went inside the mall to search for her. They contacted mall security who made an announcement. The mother came out of a department store and approached officers. She claimed she lost her wallet and was inside the mall looking for it. She said she had only been inside for 10 minutes. Officers noted inconsistencies in her story and checked into the matter further. They subsequently learned the woman had been inside the department store for more than 90 minutes, sitting at a makeup counter having her makeup done. They also located her missing wallet inside her purse. Regina Marie Coleman, 28, was arrested and charged with child neglect. The children were turned over to relatives. Officer J. Squriewell and Sgt. H. Smith investigated.

ROBBERY: On Jan. 27 at 8:50 p.m., officers responded to a residence near Lake Drive in Waldorf for the report of a robbery. Investigation showed a 17-year-old male was walking in the 2400 block of Lake Drive when three males assaulted him and stole his shoes and cell phones. Officers canvassed the area and are working on leads. Detectives assigned to the Criminal Investigations Division are investigating.