Charles County Sheriff’s detectives are seeking the identity of two suspects suspected of stealing a golf cart and two trailers from a business in the 11700 block of Holly Auto Center Lane in Waldorf last October. A photo of the suspect’s truck was captured on a surveillance camera and Charles County Crime Solvers is offering cash reward of up to $1,000 for information leading to an arrest.

Surveillance footage shows two white males drove to the business in a large pick-up truck. They initially tried to steal an orange golf cart but left after the cart did not fit in the bed of the truck. They returned a short time later with a trailer, which they stole from another business. They were able to load the golf cart onto the trailer and leave with the cart.

The suspects are described as white males, both about 5’8” with medium builds. They were driving what appears to be a 2000 model, dark green Dodge Ram Duley king cab pick-up. The truck was equipped with running lights on the hood, running lights above the rear wheel well, aluminum running boards, a snow plow with snow plow lights, and aluminum took box in the bed of the truck. 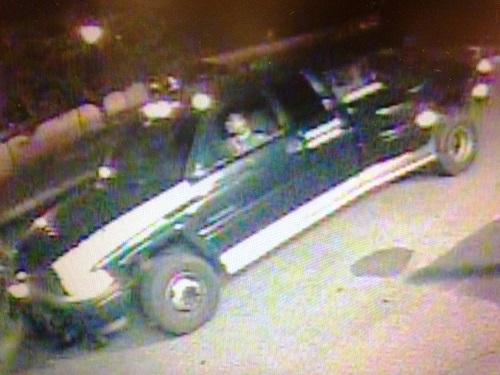 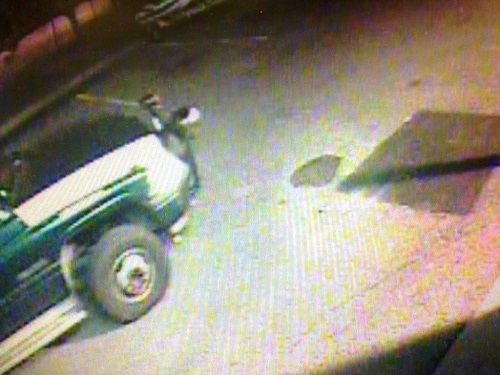