OFFICERS OBTAIN ARREST WARRANTS FOR SUSPECTS IN CARJACKING/CRIME SOLVERS OFFERING CASH REWARD FOR SUSPECTS’ WHEREABOUTS: On Dec. 3 at 7:30 p.m., a 17-year-old male posted a pair of tennis shoes he wanted to sell on a social media site. He was contacted by an acquaintance, Wade Robinson, who indicated he wanted to buy the shoes. The victim took his parent’s car and met Robinson at a designated street in Waldorf. Robinson got in the car and soon after, two masked males came out of the woods and at gunpoint, ordered the victim out of the car. The suspects took some of the victim’s clothes and then jumped in his car – a silver Mercedes Benz C240 with Maryland tags 6ANR70 – and fled. The victim went home and called police a short time later. Officers established that Robinson set the victim up and they quickly identified one of the masked suspects as Anthony Deandre Dance, 18, of Waldorf. Arrest warrants were obtained charging Robinson, 19, of Waldorf, and Dance with armed robbery and carjacking Detectives are working to identify the third suspect.

Crime Solvers is offering a cash reward of up to $1,000 for information leading to the arrests of the suspects. Anyone with information about the whereabouts of either suspect is asked not to approach them but rather call Det. A. Celia at (301) 609-6518 or 911 if they are within sight. Tipsters wishing to remain anonymous may contact Crime Solvers at 1-866-411-TIPS or Text CHARLES + your tip to CRIMES or visit www.ccso.us to submit a web tip. 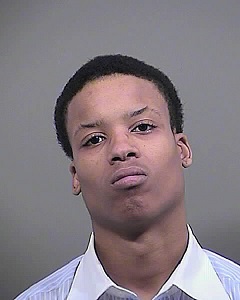 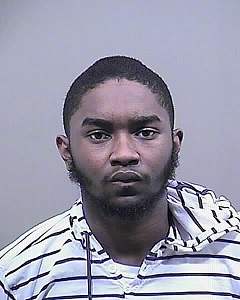 THEFT: On Dec. 2 between 12 p.m. and 5 p.m., someone stole an HVAC unit from a house in the 9200 block of Windsor Drive in La Plata. Officers processed the scene and recovered evidence. A witness reported seeing a smaller dark-colored pick-up truck with a camper shell in the area the previous evening operating in a suspicious manner. The Charles County Sheriff’s Office is reminding citizens to call police immediately if you see any suspicious activity. Sgt. H. Smith is investigating.

ROBBERY: On Dec. 2 at 10:30 p.m., a lone male suspect approached a woman who was walking in the 2400 block of Shawne Lane in Waldorf. He displayed a gun, grabbed her tote bag and fled. Officers canvassed the area and a police K-9 team conducted a track which took them to the area of Homestead Place. The suspect was wearing black clothing and had a white scarf covering his face. Crime Solvers is offering a cash reward of up to $1,000 for information leading to the arrest of the suspect. Det. Higgs is investigating.