MAN PULLS OUT TWO SWORDS DURING ARREST: On Nov. 15 at 3:30 p.m., officers assigned to the Warrant Squad responded to the 1000 block of Floyd Avenue in Waldorf to serve an arrest warrant for Michael Peter Truckner, 42, who had an open warrant charging him with violation of probation relating to a DWI arrest. Truckner, who was outside when officers arrived, became disorderly as soon as he saw the officers. He ran to the side of his house and grabbed a five-foot long cylinder object which resembled a broom handle. As officers approached, Truckner pulled the cylinder apart and separated it into two objects, each with a sword about two feet in length on either end. He held a sword in each hand and took up a fighting stance. Officers pulled their firearms and a TASER but as they began TASER deployment, Truckner’s mother ran up and grabbed the swords and refused to drop the weapons. An officer tried to gain control of her and in doing so, his firearm discharged; no one was struck. Truckner was subdued and placed under arrest. He was charged with first-degree assault, second-degree assault, possession of a dangerous weapon, resisting arrest and violation of probation for a DWI. His mother, Ingrid Truckner, was arrested and charged with assault, hindering and failure to obey a lawful order. Ingrid Truckner’s grandson, 15, was also arrested after he attempted to hinder in both arrests. 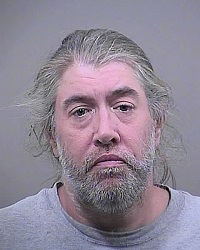 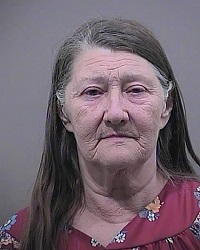