CRIME SOLVERS OFFERING CASH REWARD FOR SUSPECT’S WHEREABOUTS: CCSO investigators are seeking the whereabouts of Matthew Leo Wade, Jr., 29, of Pomfret, in connection with multiple traffic charges stemming from a pursuit and bail-out on Sept. 11 on Springhill Newtown Road in La Plata. Wade refused to pull over after a traffic stop was initiated. He crashed his car in a wooded area and fled. Officers recovered a stolen firearm in his vehicle. Wade is 5’8”, 180 lbs., and has a tattoo of the name “Renda” on his left wrist. Wade could be armed and is considered dangerous. Anyone with information about Wade’s whereabouts is asked not to approach him but rather contact police by calling (301) 932-2222. If he is within sight, please call 911. Callers wishing to remain anonymous may contact Crime Solvers at 1-866-411-TIPS or Text CHARLES + your tip to CRIMES or visit www.ccso.us to submit a web tip. Crime Solvers is offering cash reward of up to $1,000 for Wade’s arrest. 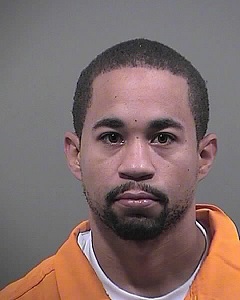 BURGLARY: On Sept. 18 between 3 a.m. – 4 a.m., someone broke into a business in the 10100 block of Berry Road in Waldorf and stole about 100 packs of Newport Cigarettes and a small amount of cash. PFC K. Newman is investigating.

DESTRUCTION OF PROPERTY: On Sept. 17 at 3:19 a.m., officers responded to the 3300 block of Crain Highway in Waldorf for an intrusion alarm at a business. Officers arrived and discovered the front door had been shattered. It did not appear anyone made entry and nothing was reported stolen. PFC B. Kunz is investigating.

CALL FOR SUSPICIOUS ACTIVITY LEADS TO RECOVERY OF HVAC SYSTEM: On Sept. 13 at 1 p.m., officers were dispatched to the 2100 block of Freemantle Court in Waldorf for the report of suspicious activity in which two males were tampering with an HVAC at a vacant house. The witness told officers the suspects were in a green Dodge Dakota. Officer R. Horrocks located the truck and found an HVAC system in the bed of the vehicle. Officers went back to the vacant house and determined the HVAC was still there but had clearly been tampered with. Based on additional evidence, the occupants of the truck were charged with the theft of the HVAC in their car. The investigation is on-going.