TWO SUSPECTS CHARGED IN CONNECTION WITH PARTY ROBBERIES: Charles County Sheriff’s detectives have arrested two suspects wanted in connection with four armed robberies that occurred last month. Terrance Andrew Dyson, Jr., 21, and Deandre Tavon Thompson, 18, both of Pomfret, are suspects in robberies in which they targeted young adults who were attending parties. In each case, the suspects heard about a local party – usually by word of mouth or through social media. They drove to the area of the party, backed their car into spot where they could observe partygoers and targeted people who were wearing expensive clothing. As the victims approached the house, the suspects would get out of their car and, at gun point, steal the victims’ clothing, shoes, wallets, jewelry and cell phones.

Detectives pursued several leads and subsequently identified the suspects. Search warrants were served and detectives recovered stolen items and two guns believed to have been used during the robberies. Thompson and Dyson were charged with multiple counts of armed robbery and are being held at the Charles County Detention Center. Police are continuing their investigation. Anyone with additional information is asked to call Sgt. T. Miner at (301) 609-6481. Callers wishing to remain anonymous may contact Crime Solvers at 1-866-411-TIPS or Text CHARLES + your tip to CRIMES or visit www.ccso.us to submit a web tip. 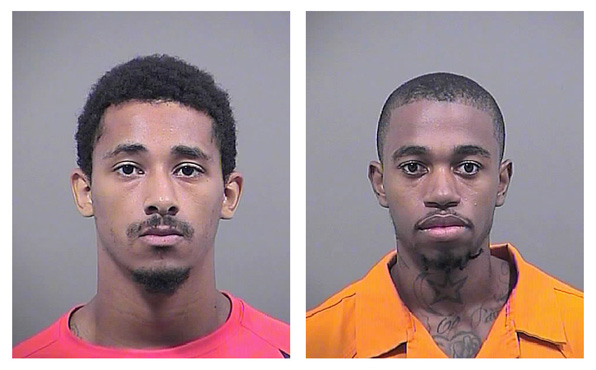 Pictured from left to right are Deandre Tavon Thompson and Terrance Andrew Dyson.

LAWN MOWERS STOLEN: Between Aug. 29 – Aug. 30, someone stole two lawn mowers from the 300 block of Bland Drive in Indian Head. PFC B. Moore is investigating.

HEAT PUMPS STOLEN: Between Aug. 21 – Aug. 24, someone stole two heat pumps from a vacant house in the 4500 block of Coachmans Path Court in Waldorf. Cpl. J. Timko is investigating.

DETECTIVES SEEK IDENTITY OF PERSON OF INTEREST IN ATTEMPT ROBBERY: On Aug. 27 at about 9:35 p.m., the victim was making a bank deposit at a drive-in window of a bank on Mall Circle Drive when the suspect approached her car. The suspect pulled a gun and demanded the deposit bag. The victim refused and accelerated out of the drive-thru area, dragging the suspect behind for a short distance. The victim was able to escape in her vehicle with the deposit bag. Detectives are pursuing leads and are seeking to identify a person of interest who may have knowledge of this case. Anyone with information is asked to call Det. Wimberley at (301) 609-6491. Callers wishing to remain anonymous may contact Crime Solvers at 1-866-411-TIPS or Text CHARLES + your tip to CRIMES or visit www.ccso.us to submit a web tip. A reward of up to $1,000 is being offered. 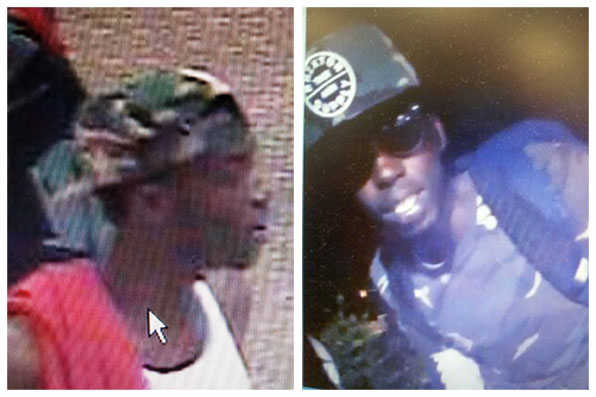 Detectives are seeking the identity of the person pictured above, who may have knowledge of the attempted robbery at M&T Bank.