On October 19 at 9:51 a.m., school administrators at Robert D. Stethem Educational Center detected the odor of marijuana on a 14-year-old student. Further investigation by the administrators revealed the student was in possession of baggies containing residue of marijuana and a replica firearm / BB gun, which was recovered from his waistband. The school resource officer responded and recovered the gun and baggies; the student was released to a parent. In an unrelated incident that occurred at about 2 p.m., a school administrator detected the odor of marijuana on a 16-year-old student. The administrator also found a replica firearm / BB gun and marijuana in the student’s book bag. The school resource officer recovered the items. The student was released to a parent. The school resource officer is consulting with the Charles County State’s Attorney’s Office in reference to the cases and charges are pending further investigation. Parents are urged to talk with their children about the dangers of bringing replica firearms, weapons, and drugs to school and the consequences they could face including criminal charges and or disciplinary action from the Charles County Public Schools (CCPS).  Anyone with information about either case is asked to contact Officer Ondrish at 301-609-3282 Ext. 636. 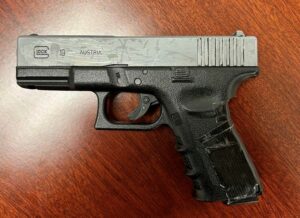 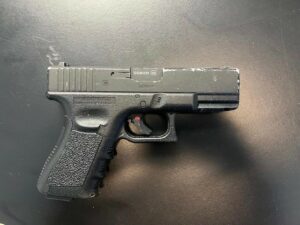