Traffic Operations Unit Investigating Fatal Motor Vehicle Crash Involving Pedestrian: On September 26 at approximately 10:33 p.m., officers responded to the area of Old Washington Road and Bad Dog Alley for the report of a motor vehicle crash involving a pedestrian. Upon arrival, officers located a man deceased in the roadway. Initial investigation revealed that the man, later identified as Jeremy Alexander Parks, 30 of Hughesville, was operating an electric scooter in the southbound lane on Old Washington Road. Parks was struck from behind by a vehicle which was also traveling southbound. The impact caused him to cross the roadway where he was subsequently struck by at least one additional vehicle that was traveling northbound. All of the motor vehicles involved fled the scene.

Investigators are asking for the public’s assistance in providing information about this crash. At this time, investigators believe a silver 2001-2003 Honda Civic and a maroon 2004-2005 Toyota Sienna may have been involved. The images provided are not the actual vehicles involved.  Anyone who witnessed this collision or who has any information is asked to contact Cpl. D. Spence at 301-932-3514. Tipsters wishing to remain anonymous should call Crime Solvers at 1-866-411-TIPS. The investigation is ongoing. 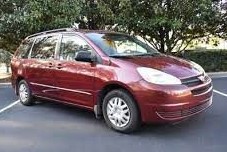 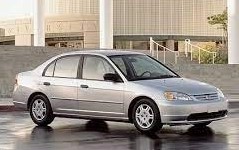