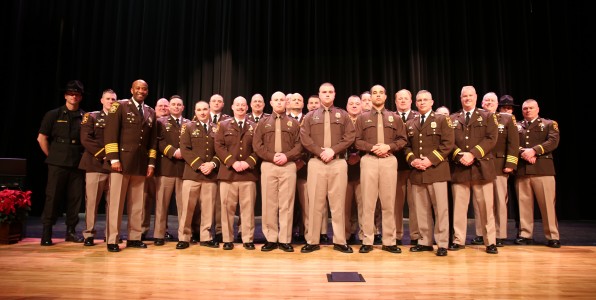 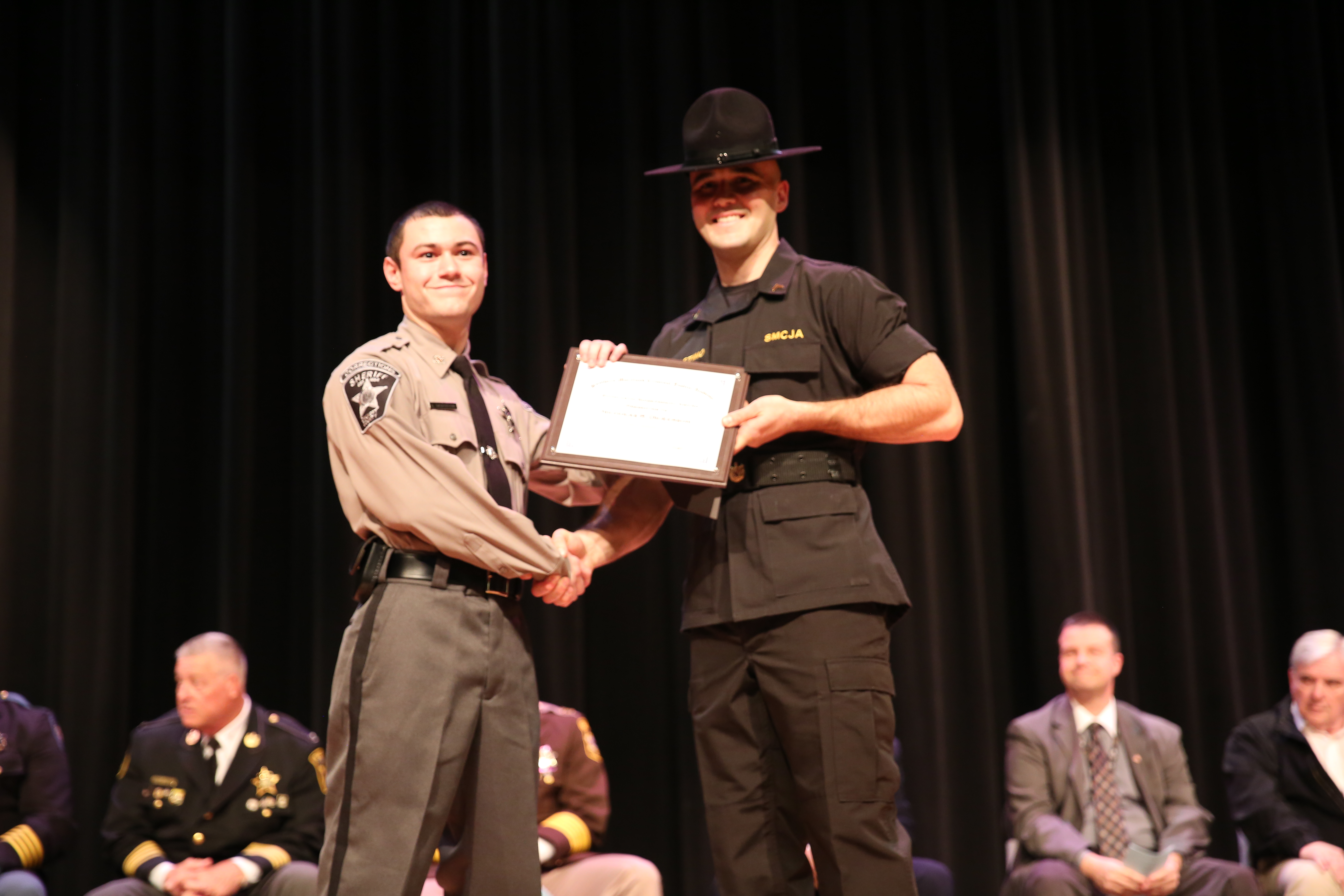 “Correctional Officers are a vital part of law enforcement and work one of the toughest beats,” said Sheriff Berry. “They are responsible for the safety and security of all inmates, officers and support staff in the Detention Center. They serve as mentors and counselors, and they provide resources to help inmates get back on track upon their release. Their impact reaches far beyond the walls of the jail.”

During the graduation ceremony, SMCJA instructors presented awards to three graduates who excelled in several categories: Nicholas Dickerson, from Calvert County, received the Scholastic Achievement Award for earning a 98.99 percent grade point average, the highest in the class. CO Dickerson also received the Physical Training Award, scoring 736 points out of 800, the highest in the class during PT tests administered at the beginning and end of the training program. Daniel Clark, from Charles County, earned the Steve Allen Leadership Award, named after one of the original founders of the SMCJA who died of cancer several years ago. 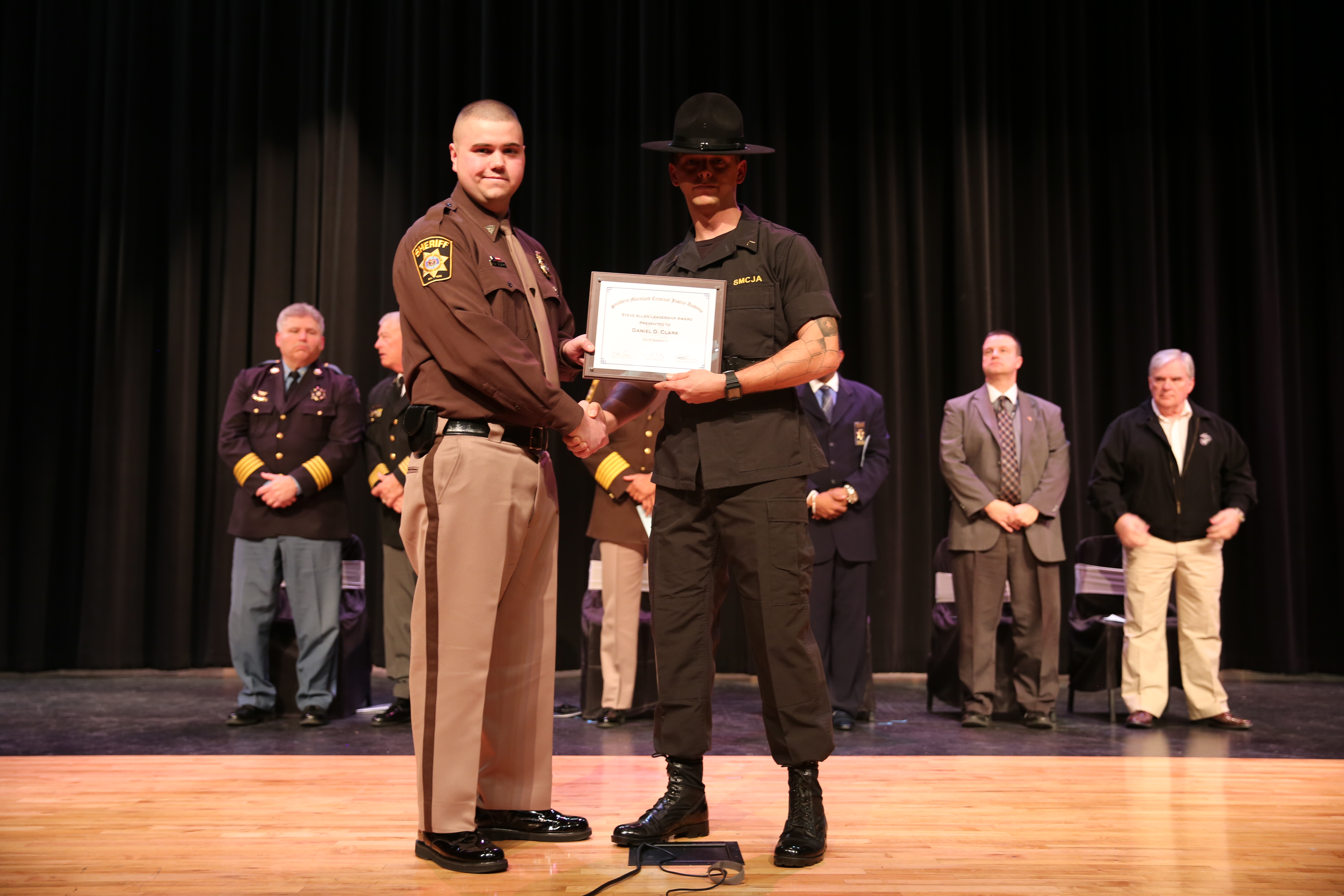