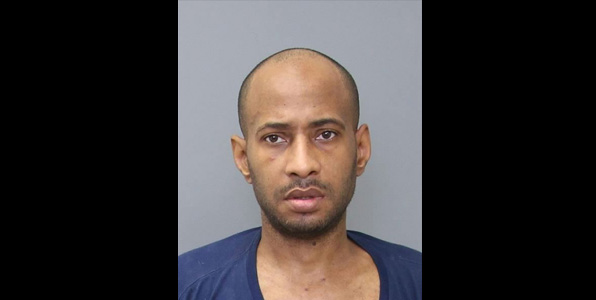 Charles County Sheriff’s investigators have identified and charged a man in connection with an armed robbery that occurred earlier this year. The arrest is the result of a DNA match combined with investigative work. On March 21 at 2:06 p.m., a lone male suspect entered a liquor store in the 10600 block of Crain Highway in Bel Alton. He produced a handgun and demanded money from a clerk. During the robbery, the suspect shot the clerk in his arm. The suspect then fled in a car. Evidence was recovered and submitted for DNA analysis. The DNA was subsequently linked to Raymund Antoine Bradford, 41, of Temple Hills, MD.  On November 6, detectives – along with the assistance of U.S. Marshals – located Bradford at his residence. A search warrant was served and investigators recovered additional evidence that was linked to the robbery, as well as another crime in a nearby county. Bradford was charged with armed robbery, first-degree assault, second-degree assault, and other related charges. Detective C. Gregory is investigating.