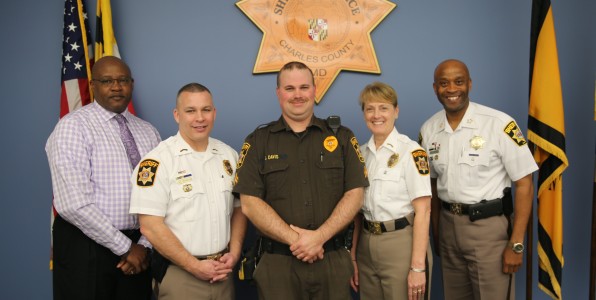 Charles County Detention Center Director Brandon Foster, along with Sheriff Troy Berry and members of the CCSO and CCDC Command Staff, are proud to announce that Corporal Justin Davis has been named the 2017 Correctional Officer of the Year. Cpl. Davis was presented his award at a ceremony held last week. 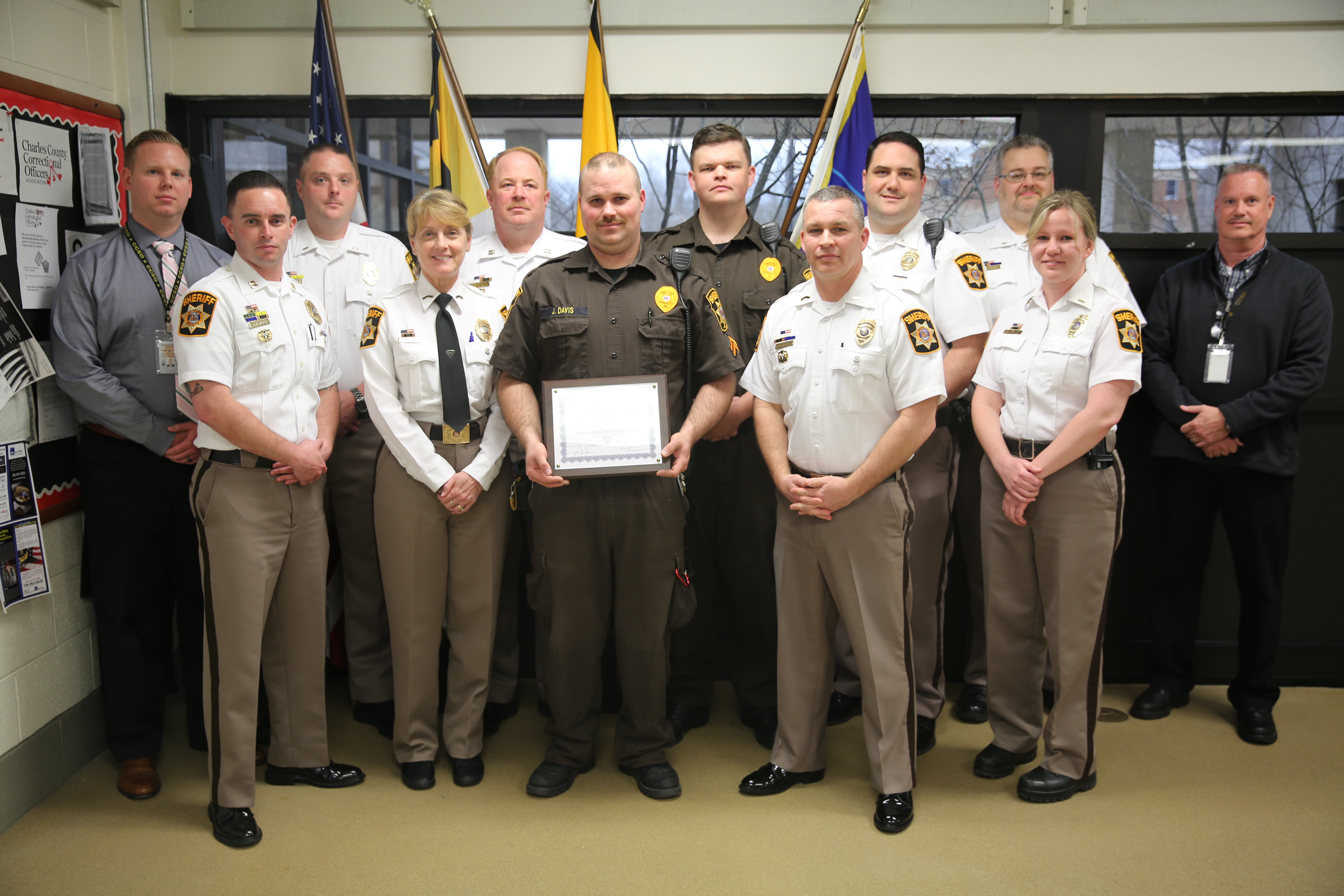 Corporal Justin Davis, center, receives the 2017 Correctional Officer of the Year Award from members of the CCDC Command Staff

Cpl. Davis began his career in Corrections in October of 2008, and he has been assigned to Security Maintenance for the past 18 months. Six months into this assignment, Cpl. Davis was tasked with training his new supervisor. His ability to quickly retain knowledge, find and implement solutions to complex problems, and his instructional abilities led to a seamless transition for his supervisor.

As an officer in Security Maintenance, Cpl. Davis excels in accomplishing his primary mission of maintaining the security systems of the Detention Center buildings. While reviewing plans for our upcoming intake expansion, Cpl. Davis discovered many security and building deficiencies. His suggestions were made to the project manager, who then implemented them into the final set of drawings. These recommendations resulted in a great deal of time and money savings, and eliminated potential future frustrations. Cpl. Davis’ innovation and ability to devise maintenance strategies has saved thousands of dollars for the CCSO, and also creates safer and better working conditions for his fellow officers.

“Cpl. Davis’ contributions to the detention center and efforts to keep the facilities secure and safe for officers and inmates is invaluable to the Sheriff’s Office,” said Sheriff Berry. “I am very proud of the dedication displayed by Cpl. Davis, as well as all of our Correctional Officers.”

“It was a privilege to name Cpl. Davis Correctional Officer of the Year for 2017,” said CCDC Director Brandon Foster. “His work ethic, initiative, and dedication make him very deserving of this high honor.”