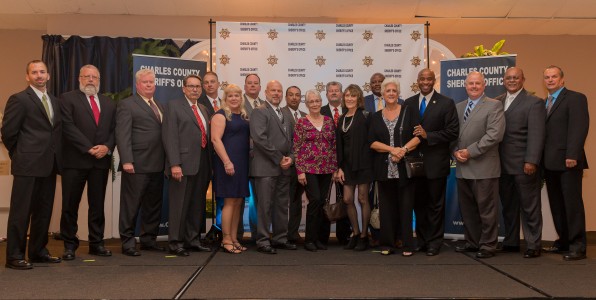 Charles County Sheriff Troy D. Berry honored 17 retirees and 74 award recipients at a banquet held on November 6, 2015, at the Waldorf Jaycees Community Center. Honorees were recognized for completion of service to the Agency, excellent field work, or acts of bravery.

In November 2014, Sheriff Berry became the newly elected Sheriff, marking a change in command and making history as the first African American to hold this position in the Agency’s 356 years.  Sgt. Schmidt and the CCSO Honor Guard were assigned the task of coordinating and executing the public swearing-in ceremony, which was expected to be large. They worked to develop the ceremony and ensure everything went smoothly with the over 450 police and corrections officers, the media presence, honored guests and families, as well as hundreds of people from the community who attended the event. Their work for this historic day brought great credit upon themselves and the Agency.

On December 21, 2014, the Agency mourned the death of Cpl. Jamel Clagett who died in a car crash that morning. Sgt. Schmidt ensured the Honor Guard was prepared for the funeral and secured assistance from other agencies for the bagpipes, bugle and a 21-gun salute.  As a result of the efforts of Sgt. Schmidt and others, Cpl. Clagett and his family were honored at the funeral.  Lt. Stoddard took command of other necessities when planning an officer’s funeral. Utilizing several other law enforcement agencies and the County Fire Services and Department of Emergency Services, Lt. Stoddard coordinated the parking and transporting of hundreds of officers attending the service, the security at the church during the services, the route taken by the funeral procession, the honors provided during the burial service and many other details to ensure an honorable and safe service.  Lt. Stoddard, Sgt. Schmidt and every member of the Honor Guard performed at the highest level of excellence, executing a beautiful ceremony and a touching tribute that honored Cpl. Clagett, his family and the Agency.

Cpl. Jamel Clagett: Jamel Clagett was hired by the Charles County Sheriff’s Office on October 20, 2003, as a part-time Sheriff’s cadet.  As a cadet, Jamel participated in many operations including DUI checkpoints, Skills Week at the Southern Maryland Criminal Justice Academy, and traffic direction at the Charles County Fair, just to name a few.  On September 30, 2005, Jamel’s dream of becoming a police officer came true when he received confirmation that he was hired as a student police officer. After graduating from the academy, Jamel was assigned to the Patrol Division, where he volunteered for the permanent midnight shift. 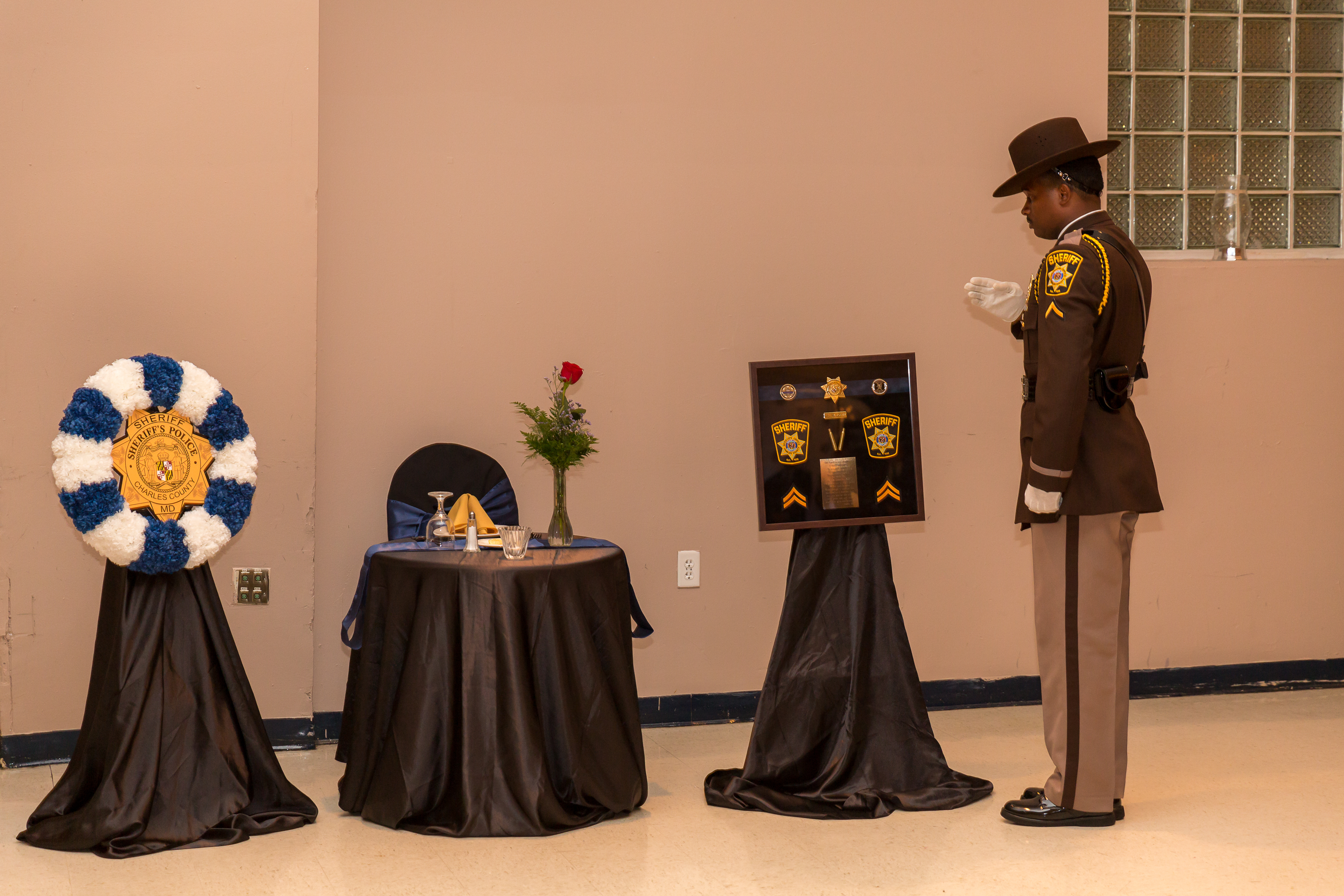 Jamel worked hard his entire career, and his work did not go unnoticed. In 2011, Jamel received special recognition from the Maryland State Highway Traffic Division for his efforts in preventing drunk driving.  In 2010, Jamel received a Meritorious Service Award from the Charles County Sheriff’s Office after subduing a man who was armed with a knife and attempting to injure his family.  Jamel also received a Governor’s Award in 2004 for his efforts in crime prevention and home security.

Jamel was a great police officer who cared deeply about his community.  He was known for his kindness and his jokes.  He would do anything for anybody, without asking any questions.

He also valued his fellow workers.  Jamel spent some of his last midnight tours with employees assigned to the Communications Section.  He often visited the staff at the Emergency Services building and the District Stations just to check on the dispatchers and call-takers.  Jamel always made sure they were taken care of before completing his shift. In fact, on December 21, 2014, just prior to ending his midnight shift, Jamel purchased breakfast at a local restaurant and dropped it off to the Communications staff before he headed home. It was his final act of kindness for a group of people he loved before making his way home on what would be his final tour of duty.

The following individual received a Bronze Medal of Valor:

POI Samuel Hooper: On February 23, 2015, officers responded to an assault in progress on Azalea Place in Waldorf during 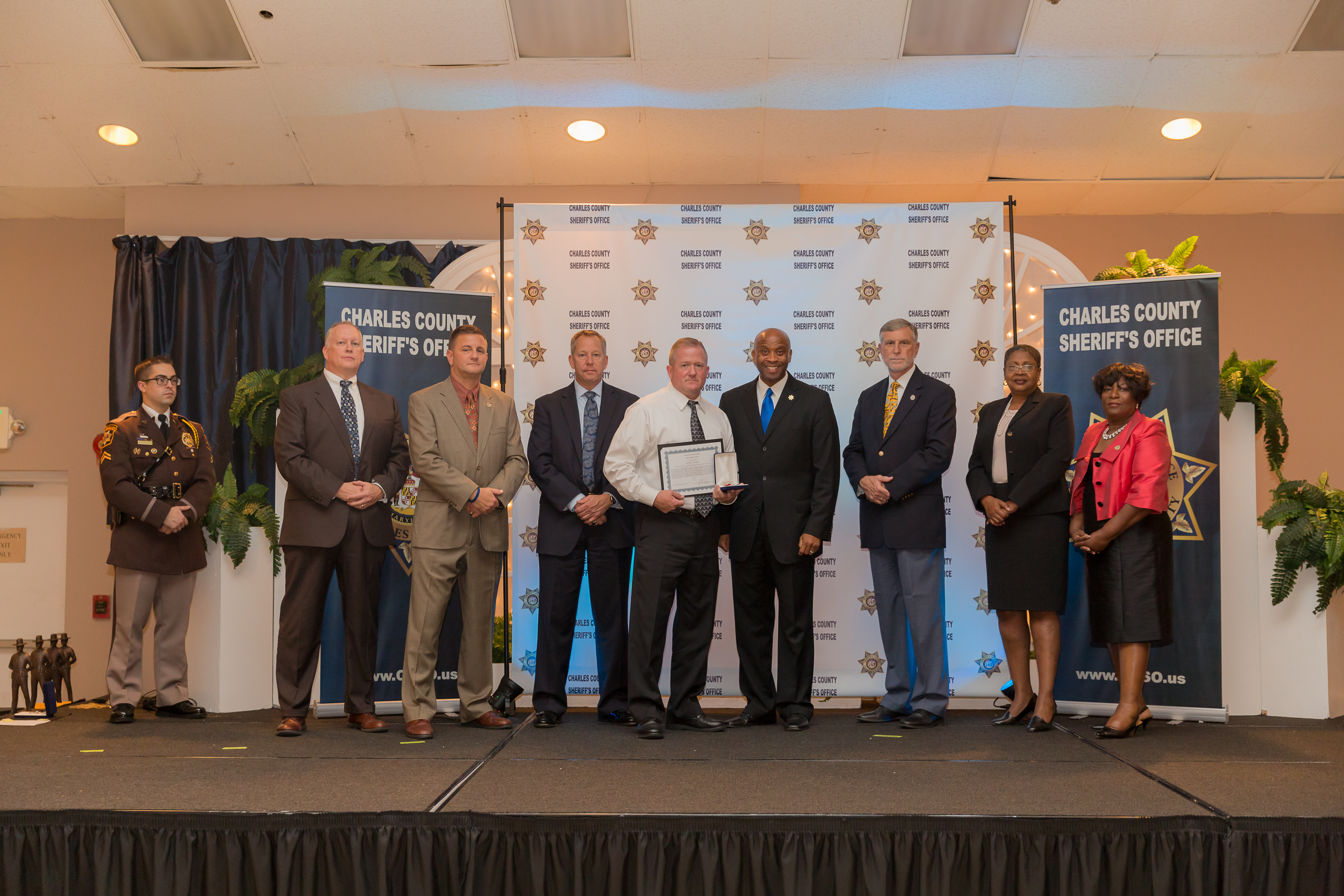 which a man choked his girlfriend to near death. She was able to escape from the house and call police. The woman had obvious injuries and told officers her boyfriend was armed with a gun.  Officer Hooper was ending his shift and responded to the scene after hearing additional details over the radio. Officer Hooper arrived and took cover behind the engine compartment of a vehicle, with a view of the front of the residence.  The suspect exited the residence armed with a shotgun and aimed it in the direction of officers.  After refusing to drop the weapon, Officer Hooper discharged his firearm, striking the suspect. This allowed other officers to approach and secure the gun. Officers then provided first aid to the suspect. Officer Hooper’s quick thinking and tactical approach helped prevent multiple officers from being seriously injured or killed by the armed man.

The following individual received a Silver Medal of Valor:

Pfc. Vernon Warker: On May 25, 2015, Pfc. Warker responded to Greenwood Drive in Waldorf for the reported house fire. 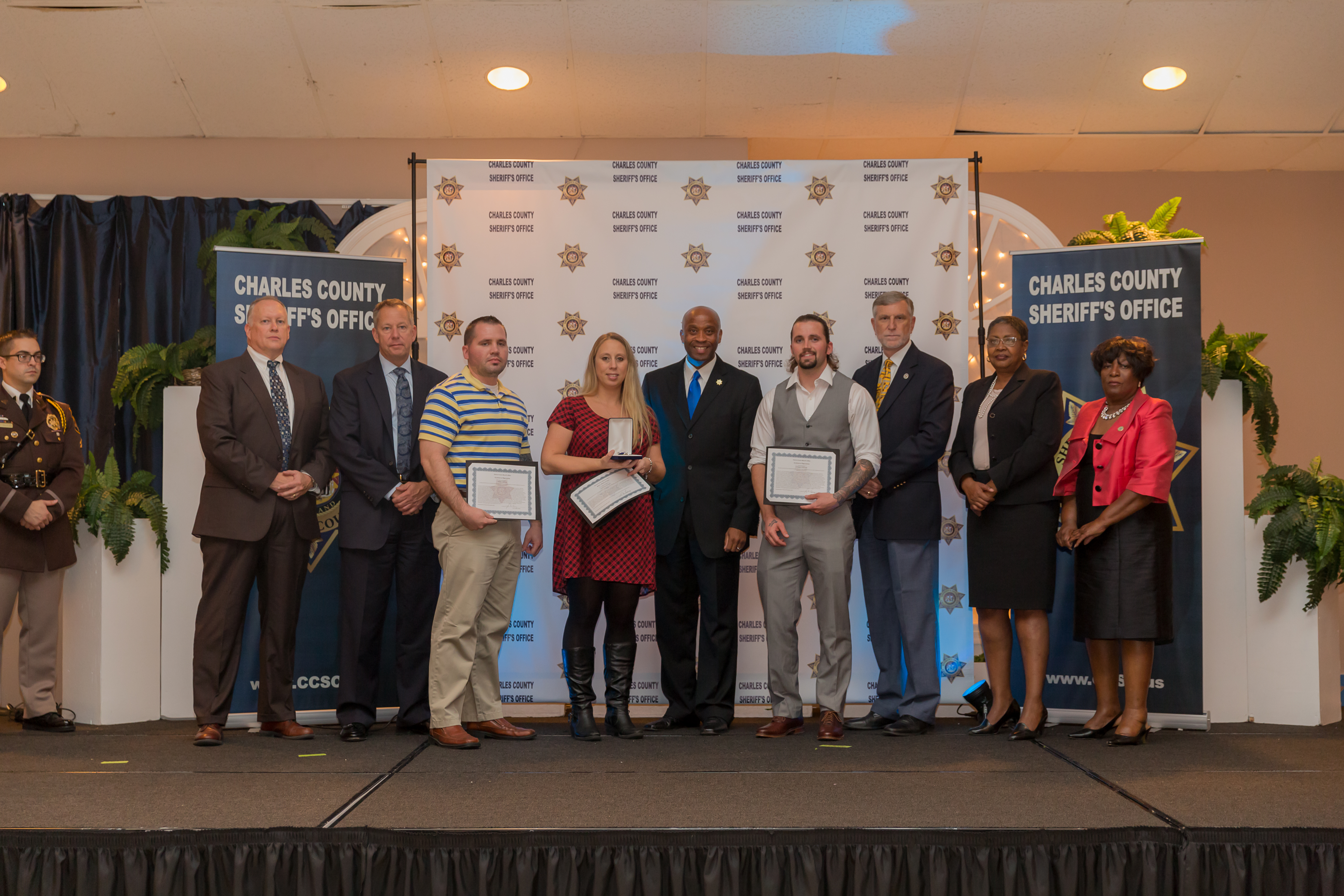 Upon his arrival, he found the right rear of the house to be on fire and engulfed in flames.  He also learned that there was a person trapped inside the house.  Pfc. Warker went to the front door and found it to be locked.  Without any protective gear or tools, Pfc. Warker forced open the storm door and kicked open the front door, where he was met with an abundance of heavy smoke and flames.  Putting his own life in danger, Pfc. Warker entered the residence approximately 10 feet, where he noticed a pair of white socks and located the victim unconscious and hunched over on the floor.  Pfc. Warker grabbed the victim and pulled him out of the residence.  The victim regained consciousness but suffered from smoke inhalation and burns.  The victim was flown to Washington Hospital Center with severe injuries.

If it were not for the quick, heroic actions of Pfc. Warker, the victim would not have survived the fire.

The following retirees were also honored (listed with dates of service):

“It was an absolute pleasure to recognize all of our award winners and retirees,” said Sheriff Berry. “Their dedication and service has been instrumental to the success of the CCSO and safety of our county.”