UPDATE ON SHOOTING NEAR ST PAUL’S DRIVE/COMPOSITE SKETCH RELEASED: Charles County Sheriff’s detectives are seeking the public’s help identifying the suspects responsible for a shooting that occurred on October 16 at 3 p.m. on a dirt path near Saint Paul’s Drive and Allward Drive in Waldorf. A sketch of one of the suspects was obtained and detectives would like to hear from anyone who may have additional information regarding this case. Charles County Crime Solvers is offering a cash reward of up to $1,000 for information leading to an arrest.

A preliminary investigation showed a 17-year-old male was on the path when he was approached by two suspects who demanded the victim’s bicycle. One of the suspects then pulled a gun and shot the victim in the upper leg. The suspects fled with the victim’s silver and green BMX. The victim walked back to the roadway and flagged down the driver of an empty school bus who stopped, rendered aid and notified authorities. The victim was flown to a hospital and admitted with a non-life threatening injury.

Both suspects are believed to be in their twenties. The suspect shown in the sketch is 5’11’ to 6’0” with a thin build. The second suspect is described as a black male, approximately 6’2” with a stocky build.  Anyone with information regarding the identities of the suspects is asked to contact Det. J. Austin at 301-609-6504. 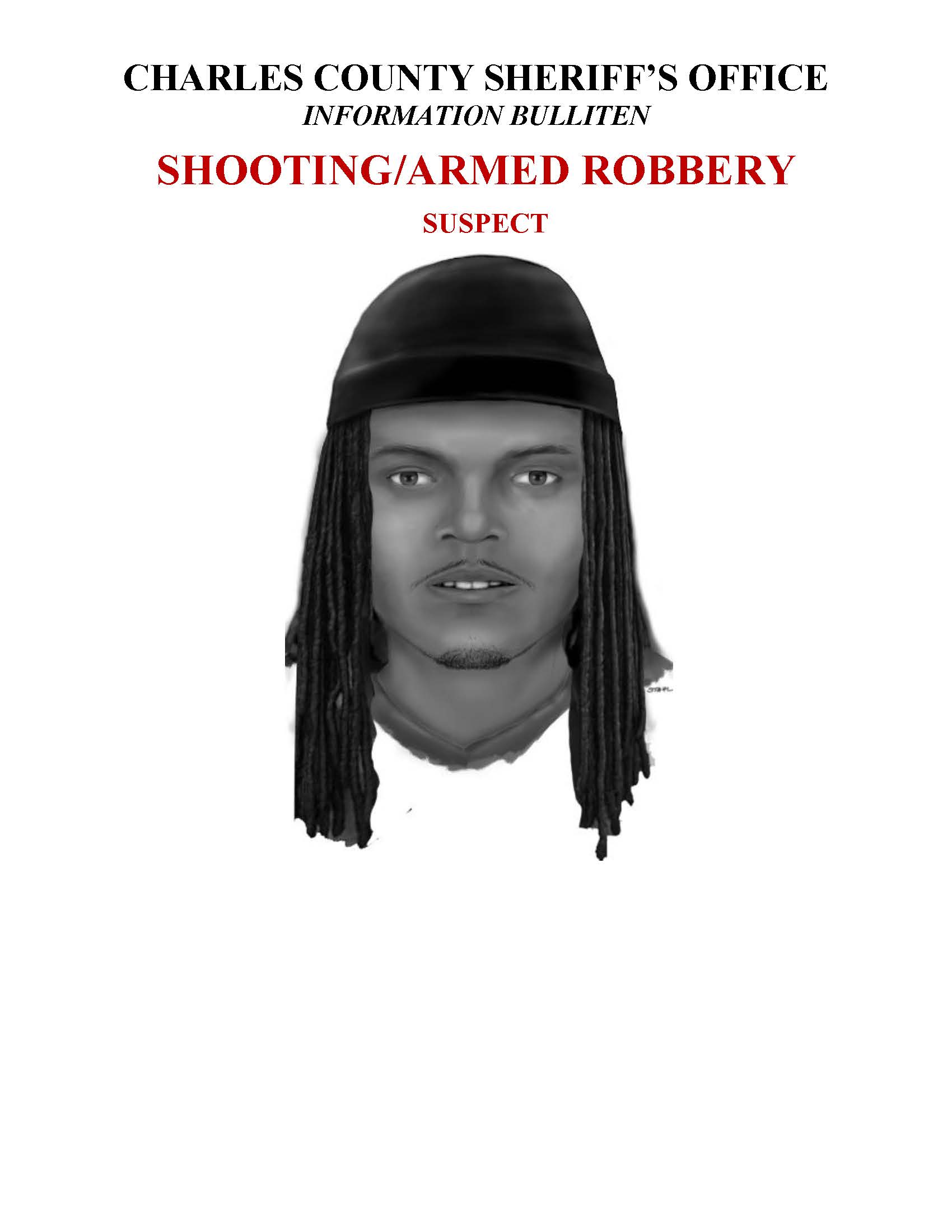