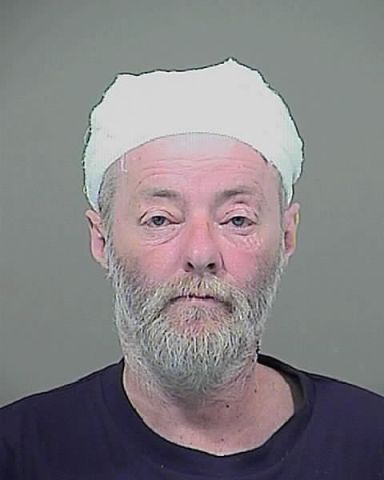 OFFICER APPREHENDS ROBBERY SUSPECT: On April 21 at 7:50 p.m., officers responded to a convenience store in the 2100 block of Crain Highway in Waldorf for the report of a man with a gun who was standing outside the business. Dispatchers obtained a description of the suspect and officers located him quickly. Officers found a BB gun tucked in the man’s waistband. Investigation showed the suspect, Orrin Ira Levi, 52, of Bryans Road, approached two teens who were outside the store, displayed the gun and demanded money. One of the victims punched the suspect and the victims fled. Levi was arrested and charged with armed robbery. POI J. Pogar made the arrest.

CRIME SOLVERS OFFERING REWARD IN STRONG-ARM ROBBERY CASE: On April 20 at 7:50 p.m., officers responded to a gas station in the 3100 block of Crain Highway in Waldorf for the report of a citizen robbery. Investigation showed the victim was at the gas pumps when a man approached and began talking to him. During the conversation, another man opened the victim’s car door and stole a pair of tennis shoes. When the victim saw the second man, both men fled. The victim chased the suspects and the suspect dropped the shoes. The victim recovered the shoes, but the suspects approached him again and stole a cell phone from the victim’s jacket. The suspects then fled into a neighborhood. One suspect was described as a black male, light skin, late teens to early twenties, wearing a black hooded shirt, gray baseball cap, and white tennis shoes. The other suspect was a black male, dark skin, late teens to early twenties, wearing an orange and purple hooded Nike jacket, and orange and purple tennis shoes. Sgt. J. Ondrish is investigating.

DESTRUCTION OF PROPERTY/THEFT: On April 17 between 1:30 p.m. to 2:45 p.m., someone broke out two windows of a pick-up truck parked at Friendship Landing Park in Nanjemoy and stole a purse that was left inside the vehicle. Cpl. S. Brown is investigating.