On May 2 at 7:04 p.m., officers responded to a beauty supply shop on Festival Way in Waldorf for the report of a theft in progress. Employees noticed two females and a male concealing perfumes in a bag. When the employees approached, one of the suspects displayed a knife. Another employee called 911 at which time the suspects fled dropping a bag of merchandise containing over $800 in perfumes. The suspects fled in a blue Nissan with additional stolen merchandise. Detective Wimberly and Detective Burgess were in the area and were able to initiate a traffic stop, but the driver fled after the detectives approached the car. The suspects’ vehicle became disabled when it rear-ended a tractor trailer on Crain Highway just prior to Billingsley Road. All three suspects ran from the car on foot but were apprehended by the detectives and patrol officers Coulby, Austin, and Jones. Bose Mawute Kazadi, 24, of Baltimore, Deasia Dominque Venable, 27, of Baltimore, and Devin Andre Boyd, 25, of Baltimore were arrested and charged with robbery, theft, and other related charges. No one was injured in the crash. PFC S. Hooper is investigating. 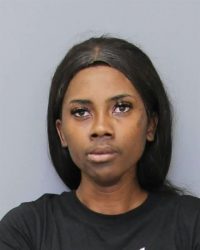 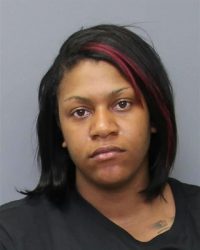 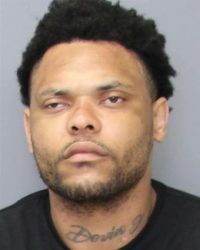