OFFICERS APPREHEND ARMED ROBBERY SUSPECT / CRIME SOLVERS OFFERING CASH REWARD FOR IDENTITY OF TWO ADDITIONAL SUSPECTS: On July 18 at 3:26 a.m., officers responded to the CVS located at 6260 Crain Highway in La Plata for the report of an armed robbery in progress involving three suspects, one who was armed with a gun. Officers arrived within minutes and were able to apprehend one suspect as he attempted to flee the store. Two other suspects fled in a Mercedes. Officers observed the suspect’s car near Billingsley Road and St. Francis Drive where they jumped out of the moving vehicle and fled on foot. Officers canvassed the area but the suspects escaped. Aaron Leroy Ferguson, 26, of Washington, DC, was charged with first-degree assault, armed robbery, theft and related charges. Detectives are working on leads to identify the other suspects involved. Anyone with information is asked to call (301) 932-2222. Tipsters wishing to remain anonymous may contact Charles County Crime Solvers by calling 1-866-411-TIPS. Tips can also be submitted online at www.charlescountycrimesolvers.com or by using the P3Intel mobile app, which can be found in the Android Store and Apple store by searching P3tips. A cash reward of up to $1,000 is being offered for the tip that leads to the arrest of the suspects. 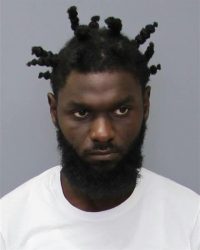 MAN CHARGED WITH INDECENT EXPOSURE: On July 15 at 10 a.m., officers responded to the parking lot of Safeway on King Street in Waldorf for the report of an indecent exposure. The victim was exiting her car when the suspect drove up next to her and asked for directions. When she went to the vehicle window to give the driver directions, she noticed his genitals were exposed. The victim walked away and went inside the store where she subsequently called police. The suspect entered the store, made a quick purchase and fled. Through investigation, the suspect was identified as Andre Donovan Bess, Jr., 27, of Waldorf. An arrest warrant was issued, and Bess was located and charged with indecent exposure. PFC B. Chambers and PFC C. Caywood investigated. 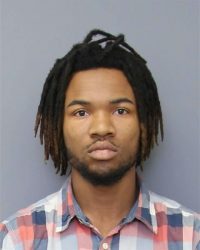