Detectives from the Criminal Investigations Division have identified and arrested a suspect wanted in connection with a citizen armed robbery that occurred last month. On December 12, 2022, at 3:31 a.m., the suspect knocked on the door of a hotel room in the 11700 block of Business Park Drive in Waldorf. The victim opened the door and the suspect, who was armed with a gun, entered the room and demanded money. The victim did not comply and the suspect fled. The victim indicated she did not know the suspect. Through investigation, detectives were able to positively identify the suspect as Harry A. Jhin, 36, of Rockville. An arrest warrant was obtained and on January 19, Jhin turned himself in to the Sheriff’s Office. He was charged with armed robbery, first-degree assault, and other related charges. On January 19, a judge released Jhin from the Charles County Detention Center on personal recognizance. Detective R. Smith is investigating. 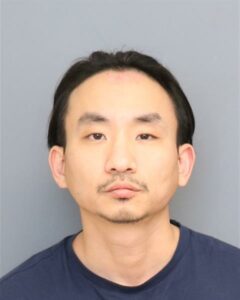