On November 13 at 7:46 p.m., officers responded to the 12100 block of Ell Lane in Waldorf for the report of a stabbing. When officers arrived, they located a male victim in the hallway of an apartment building with a stab wound to his back. Officers rendered first aid until medics arrived and transported the victim to a hospital with injuries that were later determined not to be life threatening. The suspect, Ebony Janea Hemsley, 35, of Waldorf, was located in a nearby apartment and arrested. It appears the stabbing occurred during an argument between the victim and suspect who are known to each other. Hemsley was charged with attempted second-degree murder, first-degree assault, and second-degree assault. On November 15, a judge ordered Hemsley to be held without bond at the Charles County Detention Center. Officer Snyder is investigating. 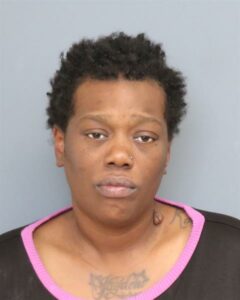