On November 6, at 8:20 p.m., officers responded to the area of Route 5 at Post Office Road in Waldorf, for the report of a possible carjacking in progress. Several witnesses called 9-1-1 and said a male was attempting to stop drivers at the intersection and take their car. When officers arrived, they observed the suspect standing in the middle of the intersection. The officers gave verbal commands, but the suspect refused to cooperate. Officers utilized an electronic control device and safely apprehended the suspect, who appeared to be under the influence of PCP. In accordance with Agency policy, the suspect, Joseph Leroy Duckett, 55, of Indian Head, was seen by medical personnel before being transported to the detention center and charged with disorderly conduct. On November 7, a district court commissioner released Duckett from the Charles County Detention Center on personal recognizance. Cpl. Wilson is investigating. 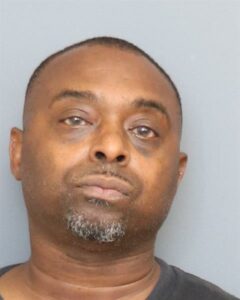