In response to numerous citizen complaints regarding off-road vehicles (ATVs & dirt bikes) operating recklessly in the roadways, the Community Oriented Policing Services (COPS) Unit recently arrested and charged a suspect in connection with multiple incidents of reckless driving and possession of stolen property.

In late September, officers began receiving complaints about a male operating a green dirt bike recklessly throughout the Bannister and Wakefield neighborhoods. The same male was also observed driving on the wrong side of the roadways, running red lights, and failing to stop at stop signs on or near St. Charles Parkway. In one case the suspect circled a crossing guard at a middle school after children had been dismissed; no one was injured. Officers also received reports from motorists about the same suspect circling them on roadways. In two cases, the driver circled police officers in marked patrol cars, but he fled at a high rate of speed. As the investigation continued, officers identified where the suspect lived. In October, the officers observed the suspect on Amber Leaf Place attempting to start the green dirt bike. Another male was on a red dirt bike next to the suspect. As officers approached, the suspect on the green dirt bike fled on foot; he was apprehended after a foot pursuit and arrested. A computer check revealed the green dirt bike was reported stolen. The driver of the red dirt bike remained on the scene; however, he could not prove ownership of the dirt bike; both dirt bikes were towed from the scene. In accordance with Maryland law, the operator of the green dirt bike, age 17, was charged on a juvenile offense report with possession of stolen property, trespassing, and numerous traffic violations and released to a parent. Anyone with information related to this investigation is asked to call PFC Toland at 301-932-2222. The investigation into this case and others like it continue.

The Charles County Sheriff’s Office is committed to keeping our community safe for everyone and will continue to conduct special enforcement operations to educate the public and address citizen complaints. Anyone who has information related to this event or needs to report events like it is asked to contact the CCSO at 301-932-2222. 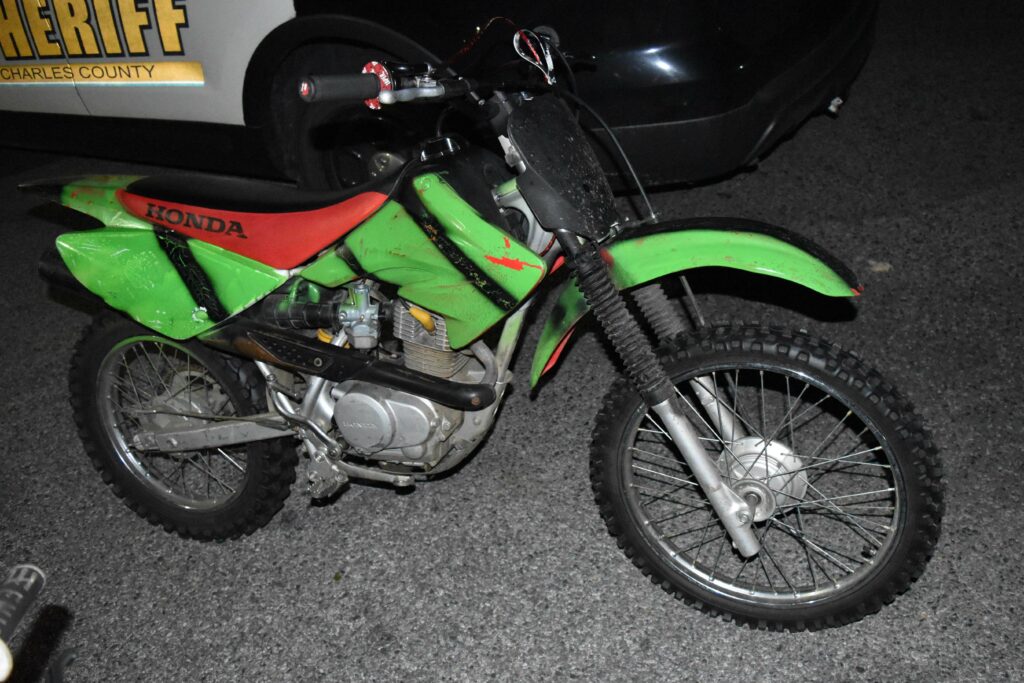 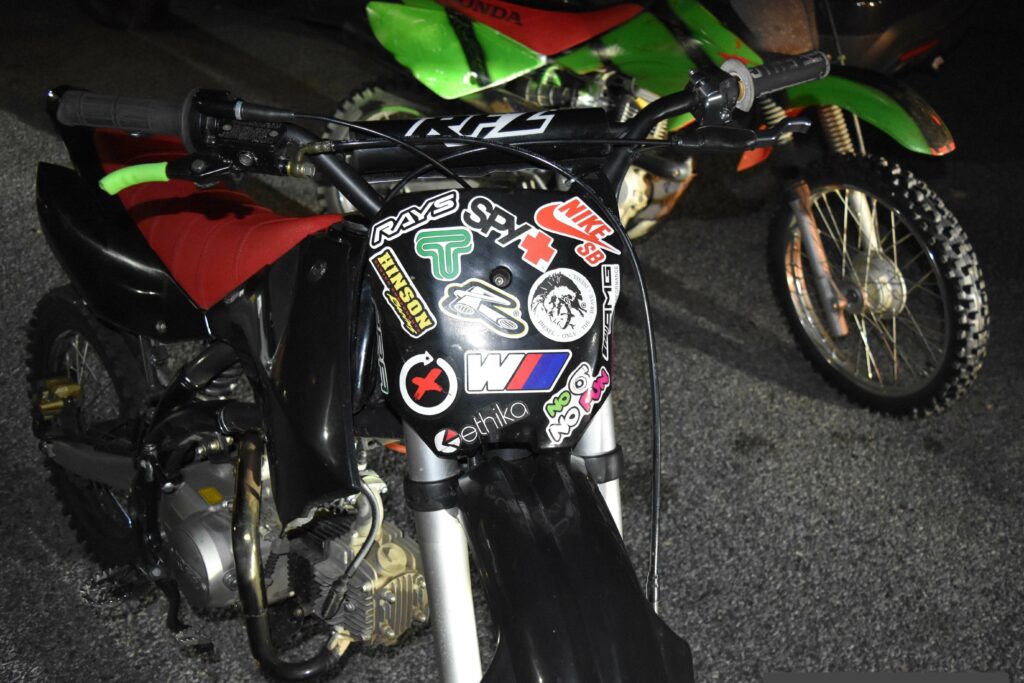