Call for Suspicious Person Leads to Recovery of Stolen Firearm

On September 13 at 3:27 a.m., officers responded to the 3000 block of Gallery Place in Waldorf to check on the welfare of a man lying in the hallway of an apartment building. When officers arrived, they observed the man on the ground and a round (ammunition) next to him. They also observed what appeared to be a firearm in his pocket. The officers assessed the man’s condition and noted he was conscious, not injured, and was possibly intoxicated. Officers safely recovered the gun and determined it was loaded. The gun had been reported stolen in November 2021. A check revealed the man is prohibited from possessing regulated firearms due to a prior felony conviction. Delonta Maurice Coates, 35, of Waldorf, was arrested and charged with illegal possession of a regulated firearm, possession of a stolen firearm, illegal possession of ammunition, illegal carrying of a concealed weapon, and other charges. On September 14, a judge released Coates from the Charles County Detention Center on personal recognizance. Officer Cannon is investigating. 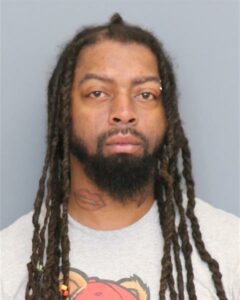