On September 13 at 7:45 p.m., a patrol officer was flagged down by a citizen in the 5100 block of Indian Head Highway who reported a vehicle being driven in a reckless manner on the roadway. The vehicle was located at a nearby gas station. The officer approached the vehicle and detected a strong odor of burnt marijuana. A computer check showed the driver had a suspended driver’s license. Upon investigation, suspected marijuana was recovered from inside the car. Further, the passenger was in possession of ecstacy / methamphetamine, and cocaine. He also had a polymer “ghost gun” – meaning the gun did not have a serial number. Christopher Dean Allen, 30, of Port Tobacco, was arrested and charged with possession of CDS (not marijuana), possession of a loaded handgun inside a car, and illegal transportation of a loaded handgun. On September 14, a district court commissioner released Allen from the Charles County Detention Center on a $2,000 unsecured bond, meaning he did not have to pay a percentage of the bond to be released. Officer Padgett is continuing the investigation. 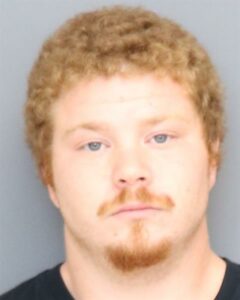