Detectives assigned to the Criminal Investigations Division have arrested and charged a man in connection with multiple incidents of indecent exposure. On August 31, officers responded to a home on Mirkwood Lane in Waldorf for the report of a suspicious incident. Residents of the home observed a man, who appeared to be naked from the waist down, by a fence near their yard. They checked their security cameras and observed the unknown male on the outside of their house peeping into a window while exposing himself and masturbating. After reviewing additional surveillance footage, the suspect was observed doing the same thing on several other occasions at the same house. The incidents occurred in both the evening and daytime hours and during one case, children were inside the house but it does not appear they witnessed anything. Investigators canvassed the area and spoke with residents. Through investigation, detectives identified the suspect as Frederick Michael McPhatter, 30, of Waldorf. He was also linked to a similar case that occurred in the same area in 2019. Once he was identified, an arrest warrant was obtained and McPhatter was arrested on September 12. McPhatter was charged with trespassing, peeping tom, indecent exposure, and stalking. On September 12, a district court commissioner released McPhatter from the Charles County Detention Center on a $10,000 unsecured bond, meaning he did not have to pay a percentage of the bond to be released.

Investigators ask anyone who lives in the area of Mirkwood Lane to review any surveillance footage they have to see if McPhatter has been to other homes and to call Detective Nyamekye at 301-609-6558 with any information. The investigation is ongoing. 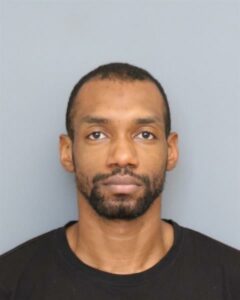