On September 3, at approximately 11:20 p.m., officers responded to a call for a suspicious vehicle in the 6400 block of Ocelot Street. Upon approaching the car, officers smelled a strong odor of marijuana. Further investigation revealed nearly 100 grams of marijuana inside the car as well as a loaded polymer “ghost gun” – meaning the gun did not have a serial number. The driver, Elijah Bernard Barnes, 18, of Waldorf, was arrested and charged with possession with the intent to distribute drugs, illegal possession of a firearm due to age, carrying a loaded firearm in a car, illegal transportation of a loaded firearm, and other related charges. On September 6, a judge ordered Barnes could be released from the Charles County Detention Center as long as he meets the requirements for electronic monitoring. Officer Baxley is investigation. 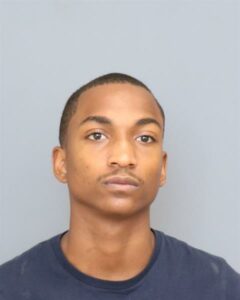