Handgun and Drugs Recovered from Vehicle During Traffic Stop

On September 4 at 11:49 p.m., officers initiated a traffic stop in the area of Crain Highway and Mitchell Road after observing the driver of a passenger car speeding. During the stop, officers learned the driver was in illegal possession of a firearm. The gun, which was loaded, was recovered. In addition, two bags of suspected cocaine and a bag of marijuana were recovered. Joe Darren Rodriguez, 36, of Waldorf, was arrested and charged with illegal transportation of a firearm, carrying a loaded firearm, possession of narcotics. He was also issued a traffic citation. On September 5, a district court commissioner released Rodriguez from the Charles County Detention Center on a $3,000 unsecured bond. Officer Kerlin is investigating. 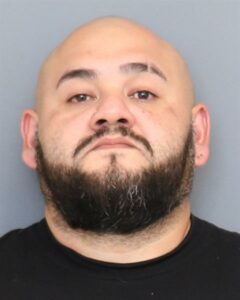