On August 19, members of the CCSO Traffic Operations Unit, Maryland State Police, Maryland Transportation Authority Police and members of the Maryland State Highway Administration conducted a DUI checkpoint on Route 210. Twenty-two traffic citations were issued, two civil citations were issued for drug possession, and two arrests were made – one driver had an open warrant and another driver, Tracy Erik Nasir Jones, 21, of Indian Head, had marijuana and a loaded AR-style pistol in his car. Jones was charged with possession of a concealed dangerous weapon. On August 19, a district court commissioner released Jones from the Charles County Detention Center on personal recognizance. The checkpoint was funded through an Impaired Driving Grant from the Maryland Highway Safety Office. 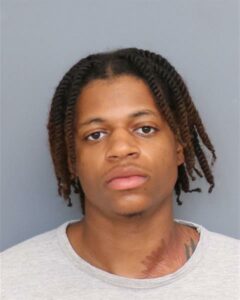