On August 20 at 4:44 p.m., a patrol officer initiated a traffic stop in the 4500 block of Indian Head Highway. The officer learned the vehicle’s tags were suspended for an insurance violation and there was a pick-up order from MVA. The driver pulled into the parking lot of a convenience store, exited his car, and walked away from his vehicle. He initially refused to return to the car, but subsequently complied and returned. Upon approaching the vehicle, the officer smelled a strong odor of marijuana. A large bag containing 39 individually packaged bags of marijuana and a loaded semi-automatic firearm were recovered from the front portion of the vehicle. Cary Frederick Collins, 47, of Upper Marlboro, was charged with illegal possession of a loaded firearm in a vehicle, possession of drugs with the intent to distribute, and other related charges. On August 22, a judge released Collins from the Charles County Detention Center on personal recognizance. Officer Kerlin is investigating. 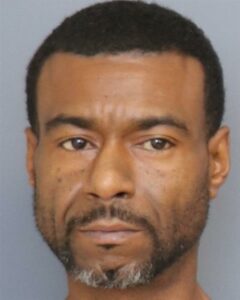