On August 22 at 12:56 p.m., a patrol officer initiated a traffic stop near St. Charles Parkway and Leonardtown Road in Waldorf after observing a motor vehicle violation. A check revealed the driver, Melvin Emell Lampkin, 28, of Waldorf, had an open warrant for failure to appear in court. Further, a plastic bag containing suspected marijuana and other narcotics was observed on the console. Officers also recovered a loaded firearm from the floor of the vehicle near the men’s feet. Lampkin and the passenger, Keymo Kemytte-William Key, 27, of Accokeek, are prohibited from possessing firearms due to previous felony convictions. They were arrested and charged with illegal possession of a firearm, illegal possession of ammunition, illegal transportation of a firearm, loaded handgun in a car, and other charges. On August 23, a judge held Lampkin without bond and released Key on personal recognizance under the condition he does not have access to firearms. Officer Brown is investigating. 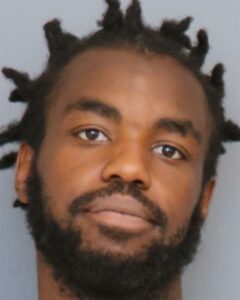 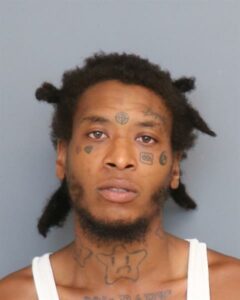