On August 4 at 5:24 a.m., officers responded to the 15700 block of Cloverleaf Court in Hughesville for the report of a stabbing. A preliminary investigation revealed the victim heard a noise in a spare bedroom of his residence. As he went to investigate, the victim was immediately attacked by a person he recognized as Roy D. Pena-Bautista, 40, of Brandywine. Pena-Bautista was armed with edged weapons and assaulted the victim, cutting him numerous times on the face and body. After the assault, Pena-Bautista fled to his vehicle, which was parked nearby. The victim was flown to a trauma center where he was admitted with serious injuries. During the investigation, officers learned Pena-Bautista burglarized the victim’s residence during the overnight hours while the victim was at work and waited for the victim to return. Officers obtained an arrest warrant charging Pena-Bautista with attempted murder, first-degree assault, second-degree assault, home invasion, and other related charges; he was arrested on August 4 at 5 p.m. and is currently being detained at the Charles County Detention Center with no bond. Detective Bigelow is investigating. 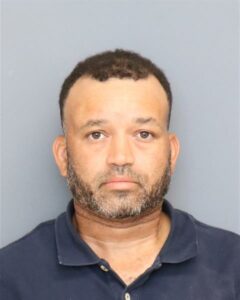