On August 3 at 9:50 a.m., officers responded to the 13300 block of Holly Springs Drive in Waldorf for the report of a shooting. A preliminary investigation revealed a man went to a house where he thought a female acquaintance was. He knocked on the front door and a male, who was armed with a gun, answered. The two men began arguing at which time the male with the gun fired it, striking the other man. The man was transported to a hospital and treated for injuries that are not life-threatening. Jonathan Blades, 38, of Waldorf, was charged with first-degree assault, second-degree assault, and illegal possession of a firearm due to a previous felony conviction. On August 4, a judge ordered Blades to be held without bond at the Charles County Detention Center. Detective Bringley is investigating. 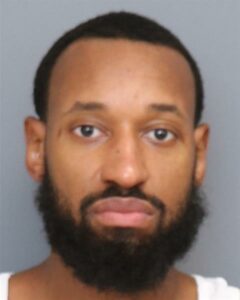