On July 30 at 4 p.m., officers responded to the 3000 block of Livingston Road in Bryans Road, MD in reference to a person with an open arrest warrant at the location; the suspect was possibly armed with a gun and had a warrant for first-degree assault. The suspect fled prior to officers’ arrival. At 10:30 p.m., officers were called back to the residence after being made aware the suspect was banging on the front door. As officers arrived, the suspect fled into a wooded area. The suspect was successfully tracked and apprehended by a K9 team with the assistance of patrol officers; he was found hiding underneath a car. Officers determined the suspect had a gun prior to fleeing and continued to search for the firearm. Patrol officers with the assistance of a second K9 team located the firearm – a polymer 80 handgun with no serial number – in the woods. The suspect, Kemani Rhodes, 21, of District Heights, was arrested and charged with illegal possession of a firearm. On August 1, a district court commissioner released Rhodes from the Charles County Detention Center after he paid 10% of a $5,000 bond. Rhodes was then released to the custody of the Prince George’s County Sheriff’s Office who served his first-degree assault warrant. PFC Eshleman is investigating. 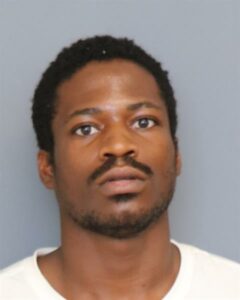